ASTANA – The combination of Brazilian dance, music and fighting known as capoeira has found a foothold in Kazakhstan.

“I train children and teenagers, promote capoeira and cultural exchange. I think that children and their parents are attracted by the acrobatic elements and communication in the capoeira group. In no other martial art, I have not seen such a relationship between children,” Capoeira Instructor Anton Kuzmin told The Astana Times. Kuzmin represents the Kazakhstan Capoeira Federation in Astana.

Capoeira was developed in Brazil at the beginning of the 16th century. It is known for its quick and complex manoeuvres, predominantly using power, speed, and agility across a wide variety of kicks, spins and other techniques.

President of the Kazakhstan Capoeira Federation Rustam Balabayev said capoeira began to spread in Kazakhstan after the popular 1995 movie “Only the Strong.” After being inspired by that movie, he began mastering this martial art and promoting capoeira around Kazakhstan. Now, Balabayev is considered an example to follow for all capoeira fighters in the country. He travels and trains in different countries inviting foreign capoeira fighters for competitions in Kazakhstan.

The Kazakhstan Capoeira Federation is located in Almaty with branches in Astana and Aktobe. It is the only organization in the country qualified to teach capoeira and develop Afro-Brazilian culture in Kazakhstan and Central Asia.

The fight in capoeira is usually accompanied by songs and music. The most characteristic instrument in capoeira music is the berimbau (single-string percussion instrument), combined with agogo bells, atabaque (hand drum) and pandeiro (hand frame drum). Being fun and eye-catching, capoeira is considered an efficient tool in children’s physical, social and emotional development.

“In my opinion, the advantage of this martial art is that there are no uncomfortable positions for the attack. You can kick even sitting on the ground,” Kuzmin said. 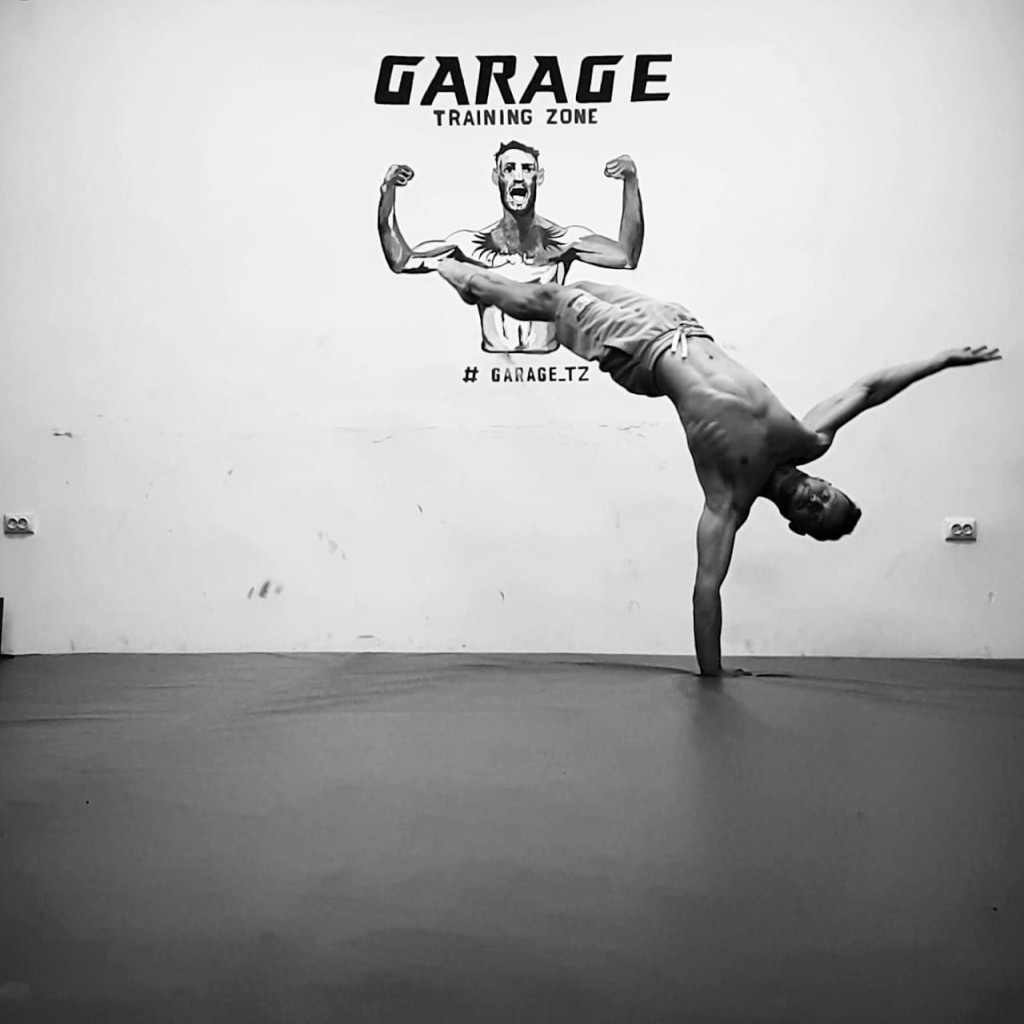 Kuzmin started training in 2006. Like many other capoeira fighters, he was inspired by the “Only the Strong” film, which is considered an iconic capoeira film. 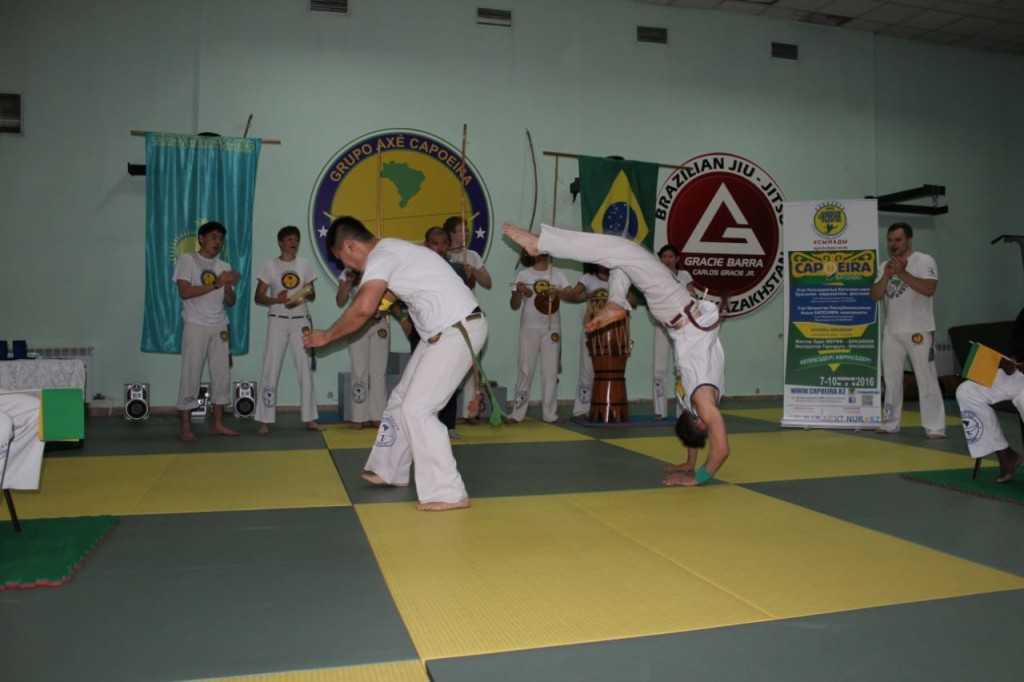 Kuzmin at the capoeira competition.

Rooted in the rich cultures brought to Brazil by enslaved Africans, capoeira’s history is a subject of much debate. Capoeira’s history and its legends were passed down from former slaves who preserved the art. It is the teachings of these old masters and a few surviving documents that tell the story of this unique art.

Capoeira’s origin dates back approximately 500 years to the beginnings of Brazil’s slave trade period. Totally the 488 years of slave trade in Brazil, various tribes from West and Central Africa met and intermingled in the senzalas (slave quarters) and in the quilombos (escape slave nations). From this mix of African cultures came a melding of traditions, rituals, rites of passage, food, dance, language and religion. Slowly, a new Afro-Brazilian identity with a distinct set of cultural practices was born. With this new identity came the development of capoeira, a practice that would years later be referred to as the art of liberation, according to capoeirabrasil.com.

Today, capoeira is practiced around the world.