By Daniel Matthews For Mailonline

Josh Warrington’s to-do list has been ripped up by a broken jaw that left him celebrating a second world title with mashed Mars bar.

The Leeds Warrior regained the IBF featherweight title with victory over Kiko Martinez last week. But the win came at a price.

‘I’ve got a broken jaw, I’ve got a metal plate in the side of my face, I’ve got a damaged hand,’ Warrington said on Friday. ‘It’ll probably be a minimum of six weeks before I’m back in the gym which is absolutely killing me, I can’t even eat.

‘I’m on a liquid diet. I was looking forward to eating cakes and cheeseburgers and I can’t have them. Everything goes through the blender.’

He revealed: ‘I’ve had a Mars bar put in the blender to have a milkshake. That’s as luxurious as it’s got. I’ve considered a kebab, fish and chips, a Big Mac, but it’s not the same is it?’

The injuries mean Warrington would not be ready to face WBA ‘regular’ champion Leigh Wood in a summer showdown at Nottingham Forest’s City Ground. 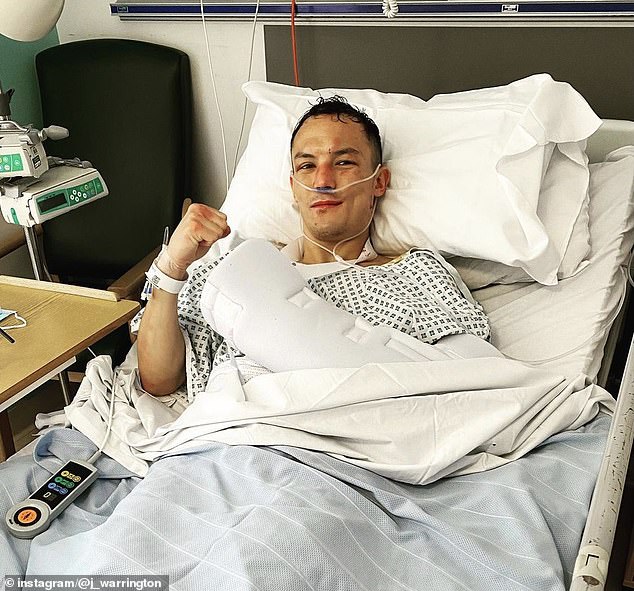 ‘It’s frustrating… I was training all the way through Christmas until last weekend,’ Warrington said.

Instead, Warrington still faces another week before he can return to solid foods.

I got weighed yesterday, and I’m 9st 8lbs… but I’m world champion again so that’s better than anything.’ 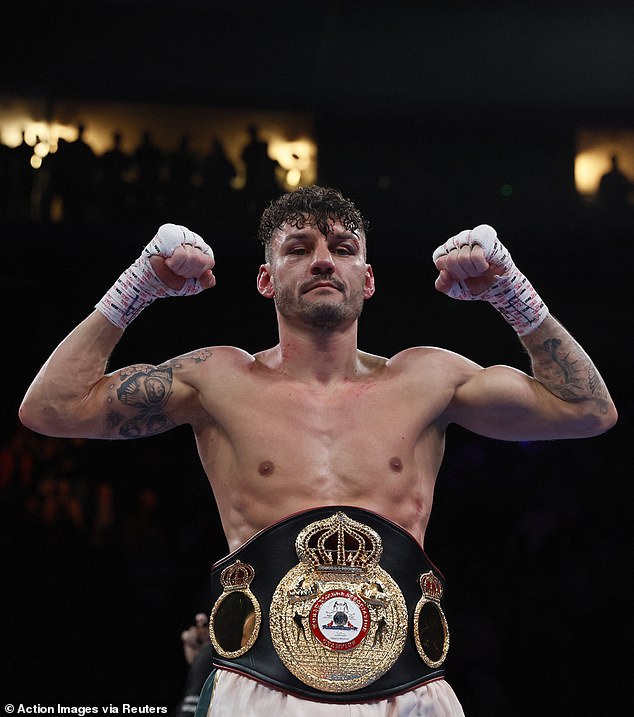 ‘Santa Cruz is a name that I’ve been shouting out for a long, long time,’ Warrington said.

‘I want to go to the States. I’ve done everything I want to do over here. It’s just something that’s a personal goal to fight in America, to fight in someone’s backyard, so why not have a fight over there?’ 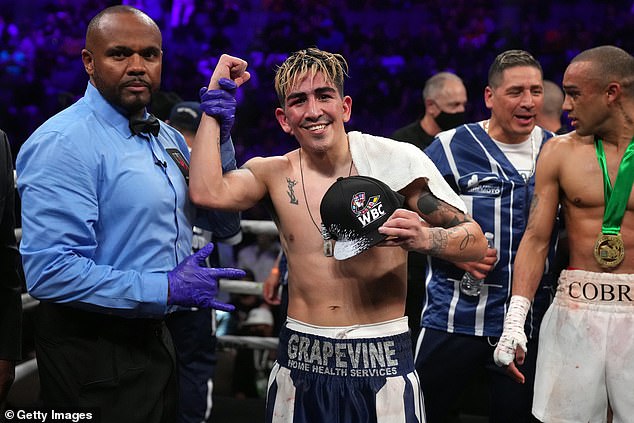 He would hope to toast any victory on foreign soil in more glamorous surroundings than where he spent the hours after beating Martinez.

‘Saturday night was weird because even though I won the fight, I ended up in hospital,’ Warrington said.

‘My phone was going absolutely berserk – “come out for a drink”, “come out and celebrate”, “come meet us”, “where are you? Come to this bar, this pub”.

‘The reality was I was sitting in a room at Leeds General Infirmary, waiting to go into theater. Everyone was going absolutely barmy, enjoying themselves and I thought “Did I just win?”‘