This year’s British Cardiovascular Society (BCS) conference was held in person for the first time in two years since coronavirus struck the UK, and it was once again teeming with the latest breakthroughs in heart and circulatory research.

The conference marked 100 years of the BCS, and brought together the medical and research communities under one roof to share innovations at the forefront of all things cardiovascular. Here are seven things that we learned.

1. Injectable gel to repair damage after a heart attack

Every five minutes, someone is admitted to a UK hospital with a heart attack. When someone has a heart attack the small vessels that supply the heart with nutrients become blocked and the heart muscle starts to die, leading to irreparable damage.

Scientists have been looking for ways to introduce new cells into damaged hearts for years, as a way to repair it and lower the risk of progression to heart failure. But this has always proven tricky, and when cells have previously been injected directly into the heart, only one per cent stay in place and survive.

Now, researchers funded by us may have the answer. They have developed a new biodegradable gel that can be safely injected into the beating heart. This gel acts as a scaffold for cells to grow new tissue and could repair damaged hearts.

“This new injectable technology harnesses the natural properties of peptides to potentially solve one of the problems that has hindered this type of therapy for years. If the benefits are replicated in further research and then in patients, these gels could become a significant component of future treatments to repair the damage caused by heart attacks.” – Professor James Leiper, our Associate Medical Director

2. Endurance exercise could impact the body’s largest artery differently in men and women

Researcher funded by us in London suggested that older male athletes could be at higher risk of heart and circulatory diseases than female competitors of a similar age. 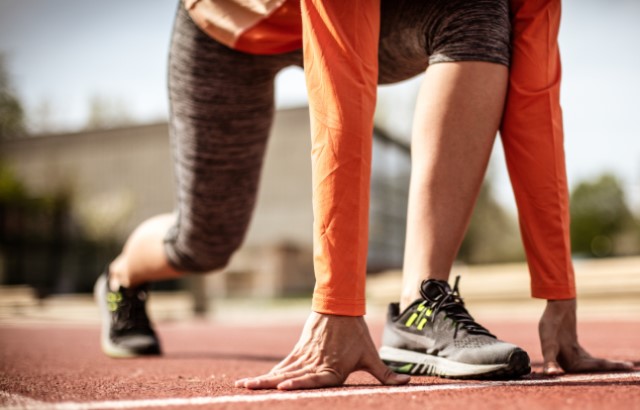 They performed MRI scans on over 300 ‘masters’ athletes – who were aged over 40, had taken part in over 10 endurance events and had exercised regularly for at least 10 years. They measured the stiffness of the aorta – the main artery which carries oxygen-rich blood away from the heart to the rest of the body – and calculated the ‘vascular age’.

Although we still don’t know why this is the case, it suggests that long-term endurance exercise might impact men differently to women.

Heart failure affects almost one million people in the UK and can be debilitating.

For years we have known that obesity can lead to the development of type 2 diabetes, high blood pressure and high cholesterol that can go on to cause heart failure. But researchers we fund have now revealed that obesity is linked to changes in the structure and function of the heart.

The team at Queen Mary University of London looked at the health records of nearly half a million people from the UK Biobank, and followed them over 12 years. They found that a higher BMI and waist-to-hop ratio were linked to an increased risk of developing heart failure, independent of other risk factors.

They also discovered that the hearts of people living with obesity had developed structural changes. The heart muscle was thicker, had more signs of scarring and the main pumping chamber of the heart was weaker.

“This research highlights the importance of obesity as a public health issue, and how supporting people to bring their weight into a healthy range could lead to better heart health.” – Dr. Liliana Szabo, post-doctoral researcher at Queen Mary University of London.

Takotsubo syndrome is a sudden type of acute heart failure that causes the same symptoms as a heart attack. It’s not yet fully understood what causes Takotsubo syndrome, but it is usually brought on by emotional or physical stress such as the loss of a loved one. 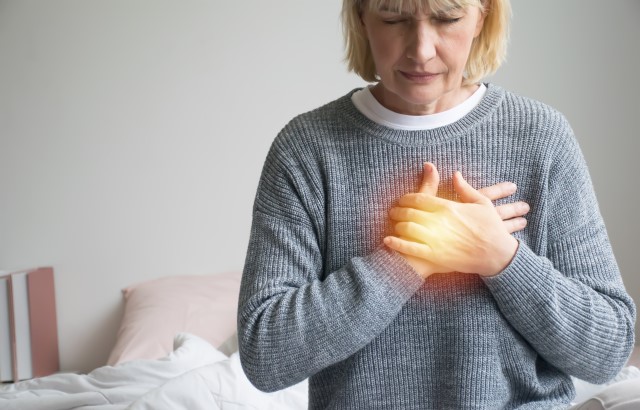 Now, thanks to scientists at the University of Aberdeen, we may be one step closer to understanding the link between having an emotional shock and what happens in the heart.

They looked at brain MRI scans of 25 people who had suffered a Takotsubo incident in the previous five days and compared them to the scans of healthy people. The scans revealed decreased connections in the areas of the brain involved in regulating emotions, thinking, language, stress responses and control of the heartbeat.

The team now hopes to perform follow-up scans on the same patients to track the course of Takotsubo long-term and test the effect that different rehabilitation treatments have on the brain.

Another group of researchers we funded in London revealed that a regular glass of beetroot juice can reduce signs of inflammation in blood vessels that are known to be increased in people with coronary heart disease. 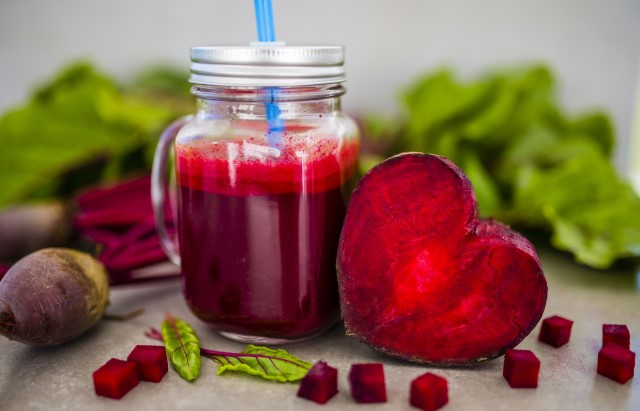 Beetroot juice naturally contains high levels of nitic oxide which is vital for our health. Nitric oxide regulates our blood pressure and has important anti-inflammatory effects.

They studied 114 healthy volunteers whose level of inflammation was temporarily raised. They drank 140ml beetroot juice every morning for seven days – half of them drank juice that was high in nitrate and the other half drank juice with no nitrate.

Those who drank the nitrate-rich beetroot juice had lower levels of inflammatory white blood cells, and the function of the endothelium which is crucial for blood vessels to work normally appeared restored. They think this could have benefits for people with coronary heart disease, a condition which affects one in 30 people in the UK.

“Inflammation is vital to protect the body from injury and infection. However, in people with coronary heart disease persistent inflammation can exacerbate the furring of the arteries, making their condition worse and increasing their risk of a heart attack. Our research suggests that a daily glass of beetroot juice could be one way to get inorganic nitrate into our diet to help to interrupt harmful inflammation.” – Dr Asad Shabbir, Clinical Research Fellow at Queen Mary University of London

Not only did we shout about new research breakthroughs, but we have also celebrated our award-winning researchers.

On the first day of the conference we were delighted to see Professor Marianna Fontana win the BHF Fellow of the Year award in recognition of her outstanding research into the impact of severe Covid-19 infection on the heart.

She used MRI scans to look for heart damage in people who had been admitted to hospital with severe Covid-19 and whose blood had increased levels of troponin. , Troponin is released into the blood when the heart muscle is injured, and raised levels can occur when an artery becomes blocked or there is inflammation of the heart.

The MRI results showed damage to the hearts of 50 per cent of patients who had abnormal levels of troponin. This damage included inflammation of the heart muscle, scarring or death of heart tissue and a restricted blood supply to the heart.

On day two of the conference, Dr Thomas Treibel, our Intermediate Clinical Research Fellow was awarded the prestigious Michael Davies Early Career Award in recognition of his outstanding contribution to cardiovascular science. 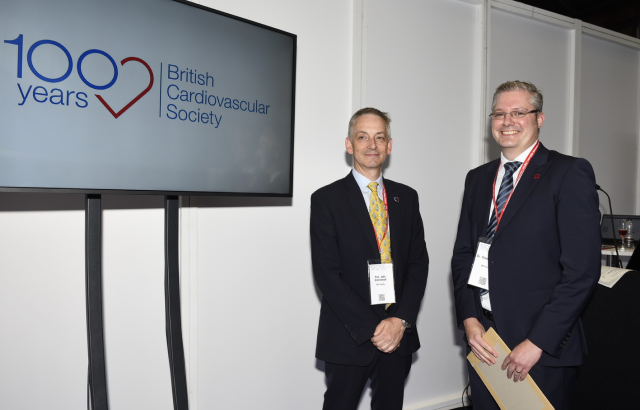 His research focusses on aortic stenosis, which is caused by narrowing of one of the main heart valves. When the narrowing becomes severe, replacing the valve is the only treatment to prevent death. Even after the valve is replaced, half of patients are left with permanent damage of the heart muscle and a quarter die within 3.5 years.

To improve understanding of why this damage happens, Dr Treibel uses heart MRI scans to detect the damage. After valve replacement, he monitored patients for three years with a paper clip-sized monitor, which is injected underneath the skin. This monitor continuously checks the heartbeat and sends any abnormalities wirelessly to their hospital.

Once they know how and why the damage to the heart occurs, he hopes to test available medications and specialized treatments as a way to protect those at risk from dying due to the damaged heart.

If you liked this blog post, you can find out more about the research we fund here.