Although I play a lot of games based on anime, my actual anime knowledge is pretty limited. That’s not to say there aren’t plenty of shows I’ve heard of (or sometimes even watched) and thankfully the incredibly popular Shin-chan is among them. There was no way I could resist an anime about a 5 year old boy who shakes his butt at people, and if you’re intrigued then maybe you should check out Shin-chan: Me and the Professor on Summer Vacation – The Endless Seven Day Journey.

Our lovable young protagonist is off on a summer vacation with his family to the countryside. One of his mum’s old school friends needs help in her restaurant, so they all hop on a train and prepare for a wholesome and grounded adventure. Unfortunately, The Professor had other ideas.

Determined for his genius to be known across the land, the mysterious Professor uses his time machine to bring dinosaurs back from the past to wreak havoc over the sleepy little village Shin-chan is staying in. This doesn’t really go to plan when the dinosaurs are revealed to be friendly though, so until he becomes known as a scientific mastermind he traps Shin-chan in this week of vacation.

Usually being trapped in a time loop seems pretty harrowing, but the wonderful rural location Shin-chan is stuck in makes the concept much more tolerable. The tiny village has a shop, a couple of restaurants and less than twenty total inhabitants, and is a joy to explore. There’s also lots to keep a little boy busy with nothing but time, so get used to wandering the paths back and forth.

Most days in Shin-chan: Me and the Professor on Summer Vacation you’ll have a main objective to do. This is usually “meet someone in a specific location” or “go and find someone around the village”, and involves walking through familiar environments. This sounds dull and probably should be, but there’s something very relaxing about sauntering around the countryside and having silly conversations with charming NPCs. 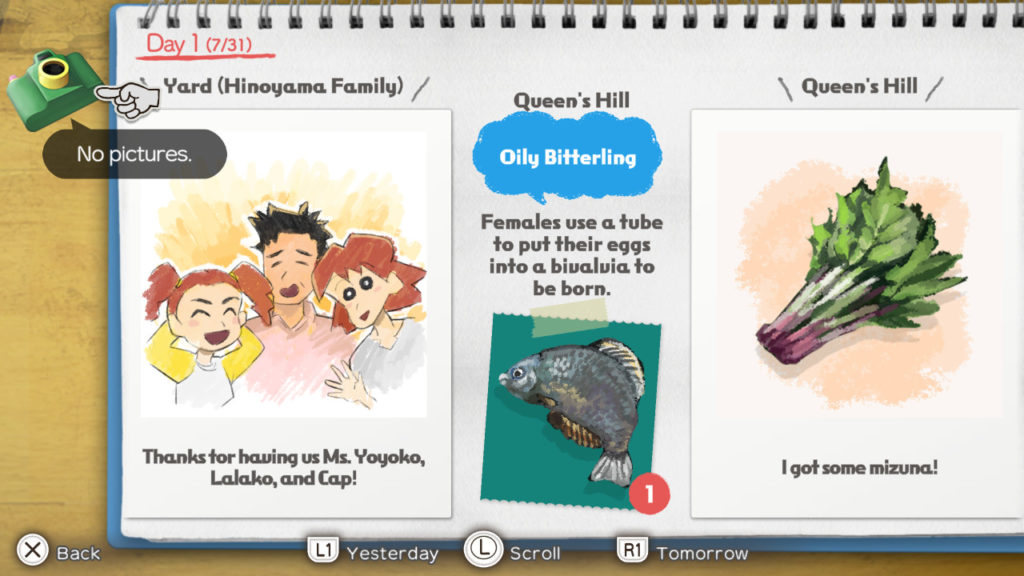 There’s plenty to do outside of the “main quests” too, with admittedly varying levels of entertainment value. There are dozens of different breeds of fish and bugs to catch, takeaway orders to gather, and checklists of herbs to find for the different stores in town. Doing these menial tasks will net you some pocket money, as well as some great stories for the local paper.

The patriarch of the family you’re staying with runs the local newspaper, and when he meets Shin-chan he decides it would be a good idea to start publishing a children’s paper to go alongside it. Everything you do in the game is marked in your diary (complete with pictures from your magic camera) and when you report to the boss the best three get put in that day’s edition. I think we can all agree the newspapers might actually be worth buying if it was just full of pictures of ladybirds that a child caught that day.

Alongside the less involved side quests, there’s also one optional bit of content that features actual gameplay. The kids in the town like to battle with toy dinosaurs, and apparently this involves having turn-based RPG battles against each other to decide the winner. It’s fairly simple rock, paper, scissors stuff, but it’s still a nice change of pace. 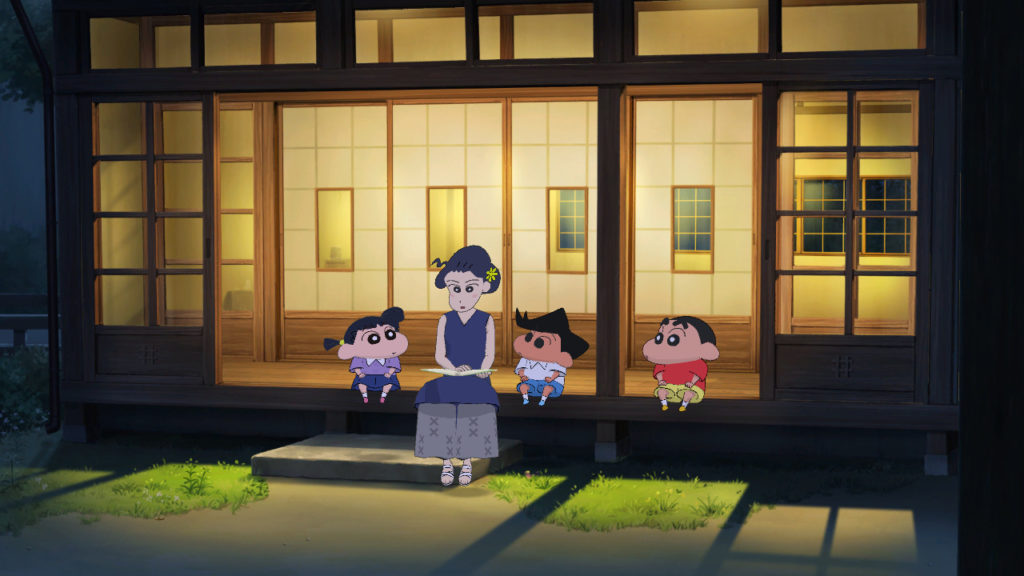 It’s hard to really explain what’s so entertaining about Shin-chan: Me and the Professor on Summer Vacation – The Endless Seven Day Journey, but part of it is definitely the writing. The weird and wacky cast of the game are just so endearing, with Shin-chan himself taking center stage. Whether it’s shaking his butt around the village or trying to woo girls four times his age, he’s always entertaining and often genuinely funny.

It’s also worth mentioning how great the game looks. The aesthetic of the anime is captured perfectly, and is just as striking in 3D. I absolutely love the unique character designs especially, they’re just unlike anything else. The game looked fantastic and ran smoothly all the way through on the Steam Deck, and I can’t imagine another platform I’d rather play it.

Although it’s difficult to quantify, Shin-chan: Me and the Professor on Summer Vacation – The Endless Seven Day Journey is a game I was always compelled to carry on playing. The relaxing vacation feel and suburb writing really enthralled me, and the side activities ensure you always have something to do. It’s undeniably a slow paced game, but it’s also one I’d absolutely recommend.

Liked it? Take a second to support GodisaGeek.com on Patreon!