MORE flights are being scrapped this winter, causing chaos for thousands of passengers.

UK airline Loganair – the largest regional airline in the country – confirmed that 300 flights are being scrapped between November 2022 and March 2023.

The cancellations will affect Newquay Airport, with flights to Cornwall from Manchester and Edinburgh being affected.

Loganair also confirmed a number of routes being scrapped for summer 2023, including flights to Teesside and Inverness.

A spokesperson for Loganair said: “It’s with a heavy heart that we’ve taken the decision to withdraw our entire winter Newquay program and to curtail our Summer 2023 plans too.

“Despite all of the challenges that the pandemic has delivered, we’ve worked incredibly hard over the last two years to build up our presence at Cornwall Airport Newquay.” 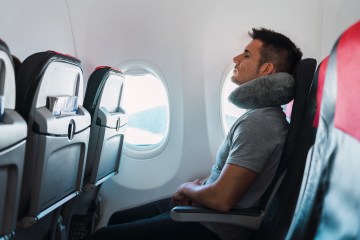 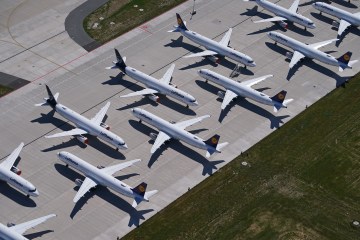 The airline said they were “disappointed” as the cancellations were due to high fuel prices, rising inflation and new operations being introduced at the airport.

Brits affected by the cancellations will be contacted for a refund or change of travel date.

Passengers will still be able to fly from Cornwall and Manchester after Flybe confirmed they would be reintroducing flights on that route from October 30.

Wizz Air confirmed that nearly all flights from Cardiff Airport will be canceled for the next six months, citing “economic pressures”.

Wizz Air’s managing director, Marion Geoffroy: “We are very disappointed to have to suspend several routes from Cardiff Airport for the winter season.

“Although these routes have proven popular through the summer season, it would not be commercially viable to continue to operate them through this coming winter due to the challenging macro-economic environment.

It comes just days after British Airways confirmed 10,000 flights would be canceled until March 2023.

Airlines across Europe are being forced to follow suit, blaming staff shortages.

SAS Scandinavian Airlines has announced it will ax up to 1,600 flights this autumn, across September and October.

And Lufthansa confirmed that a number of flights in their winter schedule will be canceled until March 26, although they would not confirm how many.

And here is how to get compensation if your flight is delayed or cancelled.