Construction is currently underway for the much anticipated $26.5 million-plus development project, North by Hotel Covington (North). The exciting new addition to Covington is the result of the transformation of the former YMCA building, located at 19 E. Pike Street, and Gateway Bookstore at 614 Madison Avenue.

The historic 72,000-square-foot building, which has been vacant since 2015, is part of a phase-two development plan, which extends Hotel Covington’s footprint by a full city block. The addition will feature 53 luxury suites and lofts, 10,000 square feet of office space, a new bar, and a ballroom that will accommodate up to 500 guests.

The space will pay tribute to its Covington heritage in many ways including the preservation of several aspects of the original YMCA space. During the remodel, the YMCA’s pool, which had long ago been filled in and covered up, was discovered. A small portion of the former pool will be covered in glass visible to guests. Additionally, boards from the original basketball court will be used in several rooms and small murals will remain intact for visitors to marvel.

Revival Vintage Bottle Shop was recently announced as the first tenant in the former Gateway Bookstore space. Revival will feature a full-service bar on the first floor of North, with its library of more than 4,000 bottles for sale on the second floor. 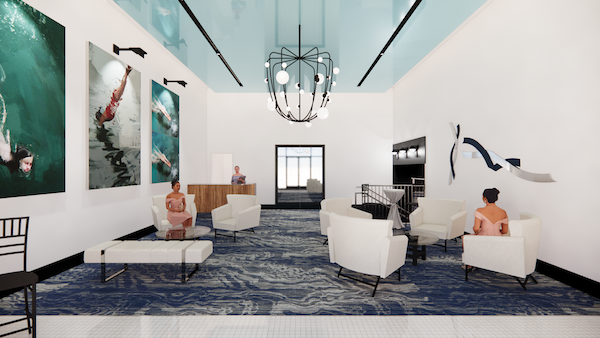 A rendering of the ballroom entrance (Image from Salyers Group)

“As a company, it’s vitally important that we invest in both the community and on the state level,” said Guy van Rooyen, president of the Salyers Group. “We see the North by Hotel Covington development as a catalyst to further the current momentum in Covington and a great opportunity to restore another historic building in the heart of this wonderful community.”

The upper floors North are being converted into modern lofts and terraces and will complement Hotel Covington’s nationally-recognized, hyper-local tailored experience. The suites will range from 330 to 2,000 square feet and offer home-like features including private gathering spaces, kitchenettes, and open floor plans, with some rooms boasting private terraces with views of Covington. North will be connected to Hotel Covington, enabling parties to utilize spaces and rooms in both.

“With business travelers in mind, North by Hotel Covington offers all of the comforts of home in a luxurious way,” added van Rooyen. “With rooms offering a kitchen and dedicated dining space, each room is equipped for those spending more than a few days in Covington.”

North By Hotel Covington is set to open later this year. For more information on North that will be coming soon, please visit northbyhotelcovington.com. 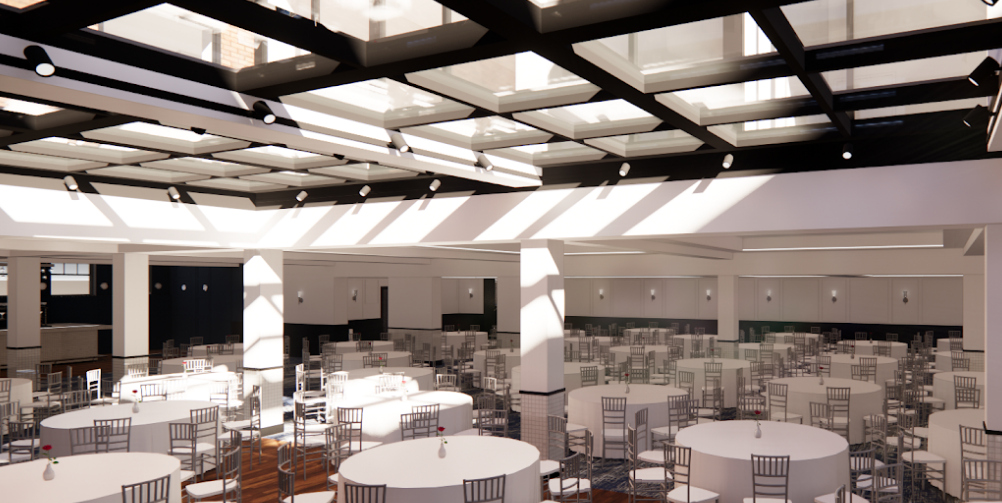 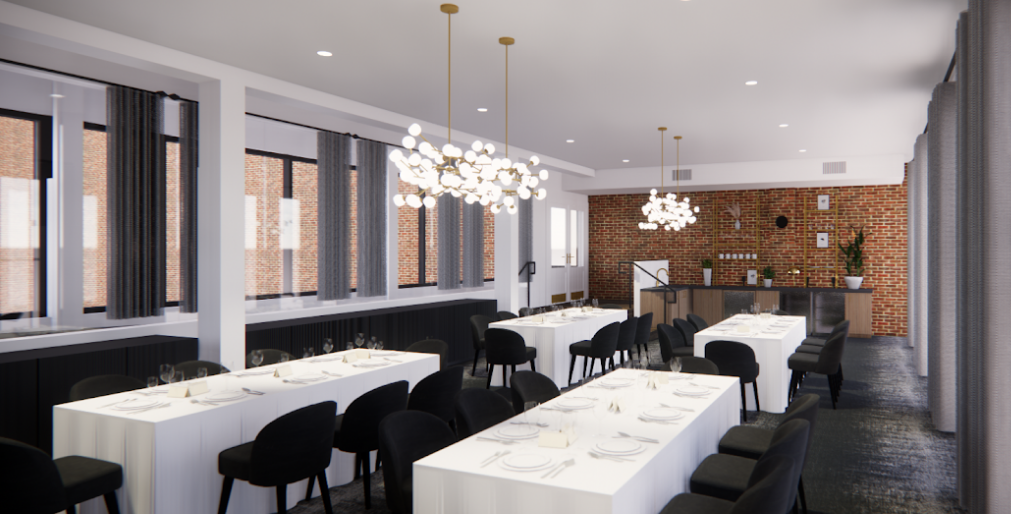 The Duveneck Room (All renderings from WORK Architectural Design) 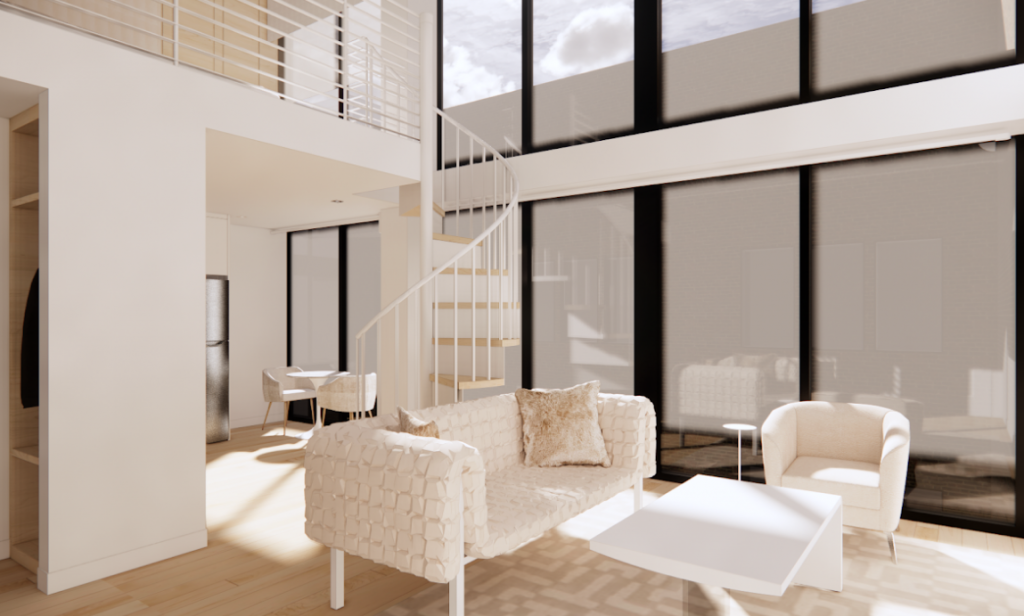 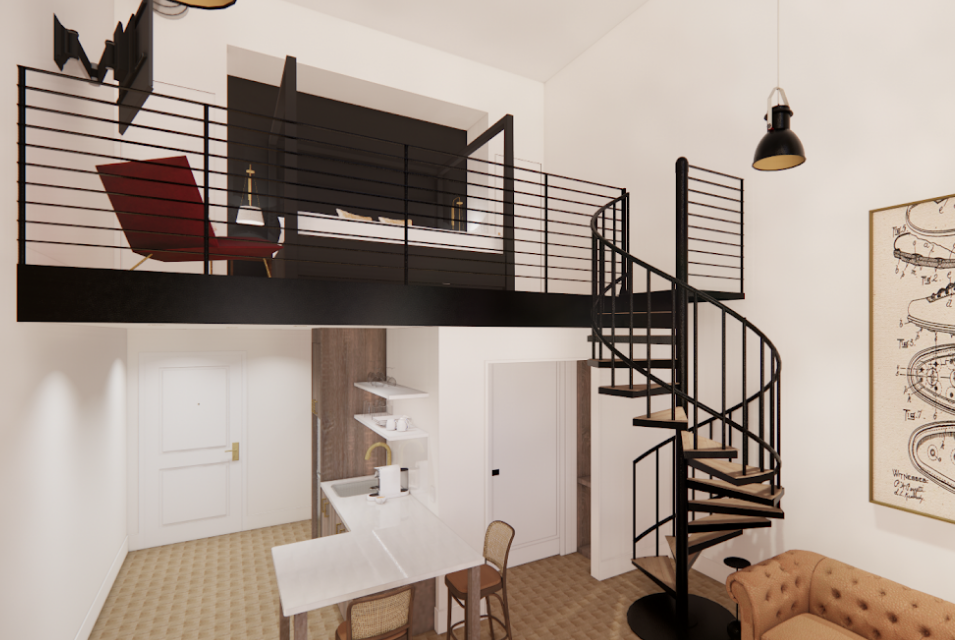 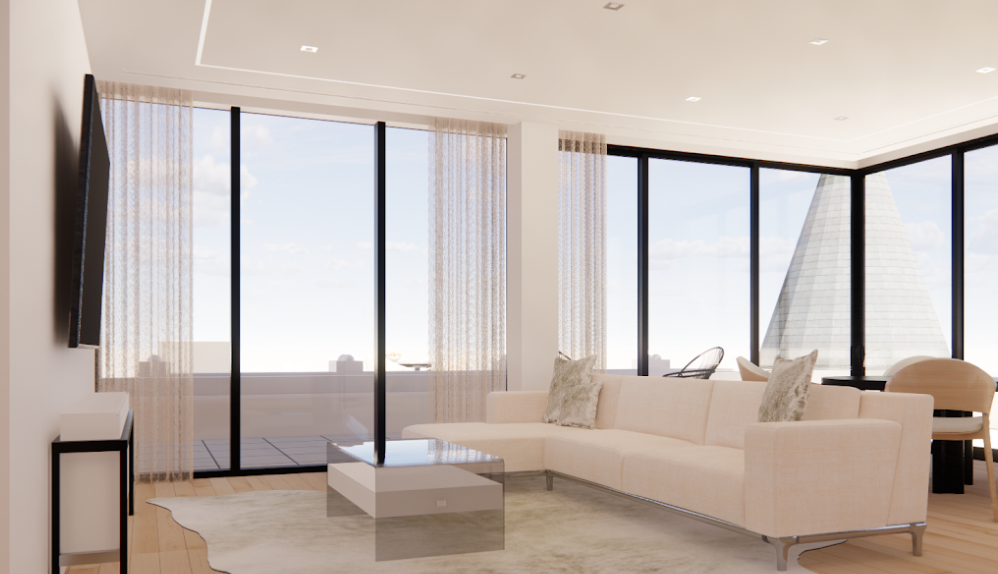 The kitchen and living areas in a typical room 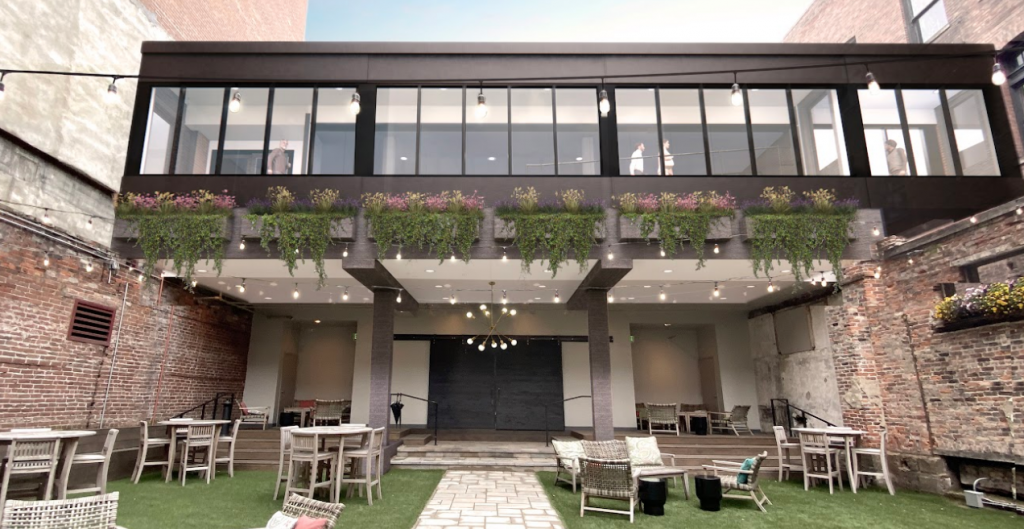 The Connector Courtyard between the new and existing Hotel Covington