The metal duo is joined by Andy Martongelli on guitar and keys and Paulo Caridi on drums to unleash their debut album, Vacation In The Underworld. The album is slated for release on October 7 via Rat Pak Records. The album features eleven tracks and three bonus recordings that demonstrate why Ellefson-Soto are considered legends by many in the metal world.

Vacation In The Underworld was produced by Chris Collier and is now available for pre-order here.

Today, Ellefson-Soto are releasing the first piece of music from their upcoming debut album. The title track, “Vacation In The Underworld” is now available on Spotify and all other digital streaming platforms. Fans who pre-order the album digitally via iTunes will receive an instant download of the song. A music video for the song is now available below, and shows the band powering through an upbeat rocker. The video was shot in front of a green screen and creates an interesting visual backdrop to accompany the lyrics.

From the fiery guitar lead of the album opener “Vacation In The Underworld” to the prog-metal fury of closer “Rise To Win,” Ellefson-Soto have created a debut that is sure to capture metal fans from all over the globe. Combining different styles of metal, songs like “Sharpen The Sword,” “The Revolution” and “Live To Die Another Day” showcase the various influences Ellefson-Soto have picked up over their four decades in music. Jade Etro from the Italian power metal band Frozen Crown makes a guest appearance on “The Day Before Tomorrow.” Steve Conley and Ken Mary from Flotsam and Jetsam perform on the title track “Vacation In The Underworld.” 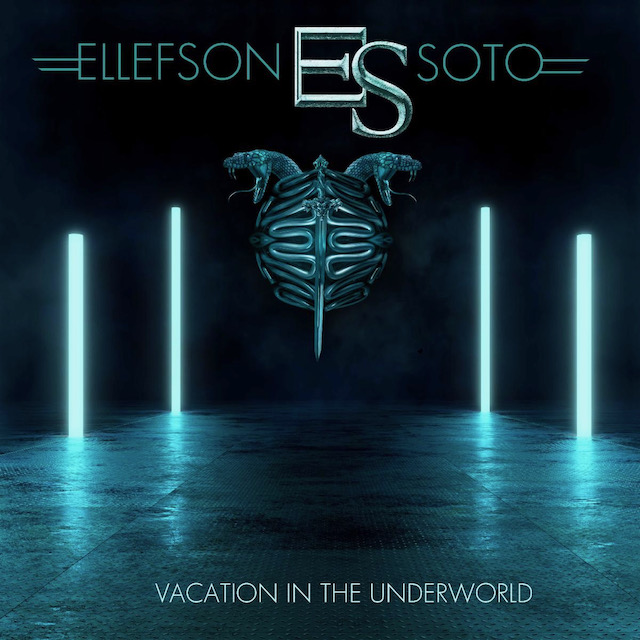 Vacation In The Underworld tracklisting:

“Vacation In The Underworld” video:

Ellefson-Soto unites two of the most formidable forces in hard rock and heavy metal around one collective vision. For as much as they’ve individually shaped the course of metal history with their contributions to numerous landmark albums, Grammy Award winning bassist David Ellefson and vocalist Jeff Scott Soto harness undeniable synergy to break new ground together.

To rewind, David made his bones as an original member of Megadeth, writing and performing on a series of multiplatinum landmark albums such as Peace Sells… But Who’s Buying?, Rust In Peace, Countdown To Extinction, Youthanasia, and Dystopia for which he garnered a Grammy Award. Beyond other bands such as The Lucid, Temple of Brutality, F5, and Metal Allegiance, he co-wrote a popular memoir My Life With Deth and collaborated with everyone from Gus G and Mark Morton to Soulfly and Ministry.

Meanwhile, Jeff lent his voice to Yngwie Malmsteen’s seminal Rising Force and Marching Out and went on to front Talisman and supergroup Sons Of Apollo. He logged a year in Journey and established a role as a vocalist in the Trans-Siberian Orchestra since 2008.