The land that sold is along Brighton Boulevard, adjacent to the Mission Ballroom concert venue and an apartment building under construction. (Thomas Gounley photo)

Denver-based developer Westfield Co. has sold about 2 acres within its 14-acre North Wynkoop project, and the buyer plans to develop a mix of uses including a hotel.

Westfield sold the land at the southeast corner of Brighton Boulevard and 42nd Street to Hotel Wynkoop LLC.

Records show the purchasing entity is affiliated with Pebb Capital, an investment firm with offices in New York and Boca Raton, Florida.

Pebb Capital initially paid $4 million in December 2021 for a 0.45-acre plot. It followed that up with another $15.5 million deal earlier this month to complete the 2.05-acre site. The land is kitty-corner from the Mission Ballroom concert venue that anchors the North Wynkoop project.

Pebb Capital did not respond to a request for comment, but a page on the firm’s website shows renderings of a planned North Wynkoop project. Westfield executive Kevin McClintock, who signed the sale paperwork, did not respond to multiple calls. 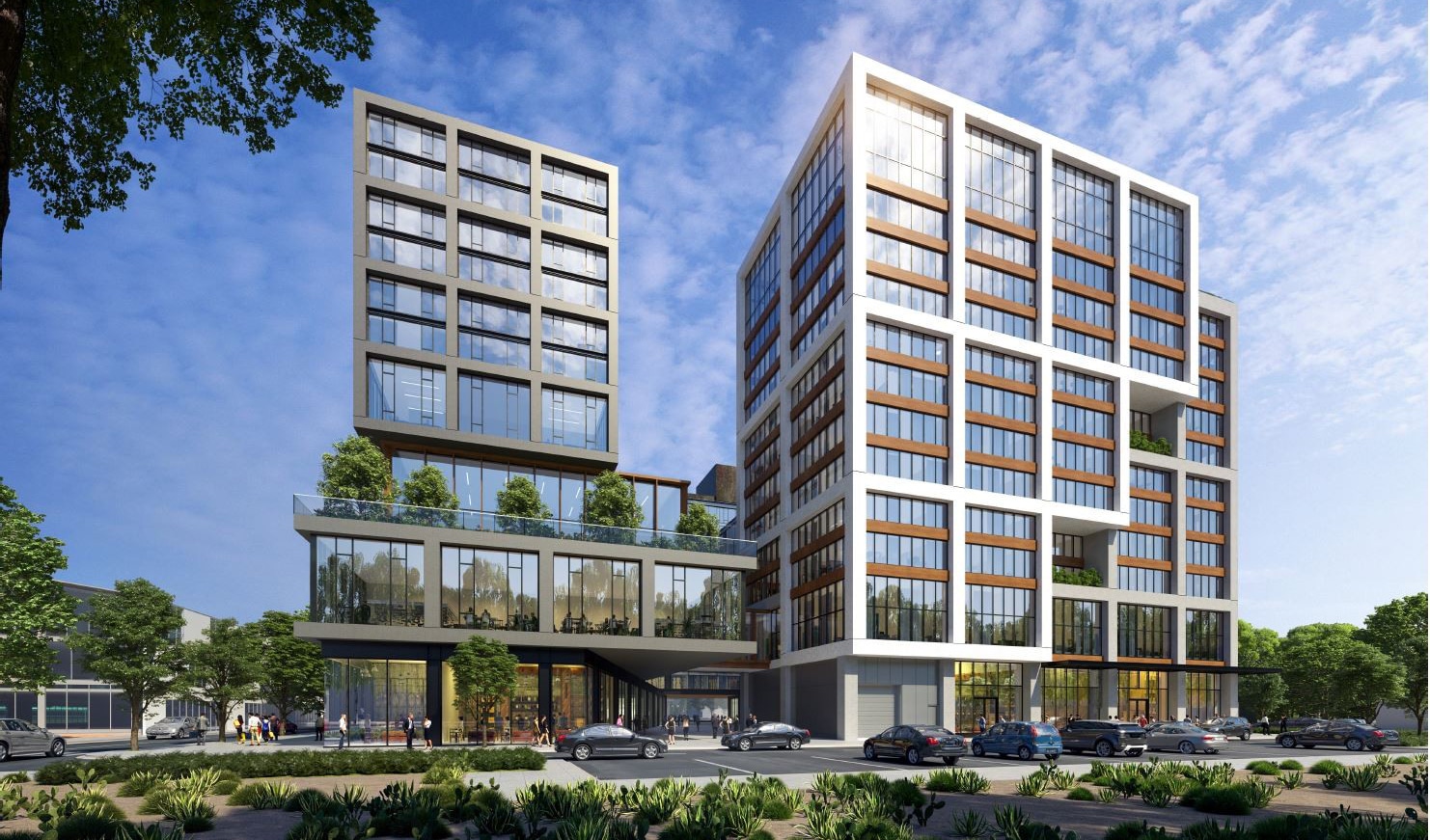 Pebb Capital’s website shows a rendering for a planned building within the North Wynkoop project in RiNo. (Image courtesy of Pebb Capital)

Development plans submitted to the city this spring also link Hotel Wynkoop LLC to Miami-based Maxwelle Real Estate. A Maxwelle representative requested that questions be emailed, but the company then did not respond.

The development documents, however, provide insight into the apparent plans of the buyer.

The latest version, a site development plan submitted last month, calls for a structure topping out at 12 stories to be erected. The building would be about 520,000 square feet, not counting the 381-space parking garage that would be incorporated.

The structure would feature 262 residential units, 174 hotel rooms and suites and 54 extended-stay rooms, according to the plans. There would also be about 44,000 square feet of office space and about 33,000 square feet of retail space.

Pebb’s current and historic portfolio includes a broad mix of multifamily, hotel and retail properties, according to its website. The company’s website does not show any other holdings in Colorado.

Two structures have been completed in North Wynkoop so far: Mission Ballroom and an adjacent office building where Longmont’s Left Hand Brewing will soon open a taproom and restaurant. Additionally, Houston-based Hines and Chicago-based Cresset are wrapping up work on a 12-story apartment building next to the land that Pebb just bought.