STRIKES across Spain have caused a number of flights to be canceled – with more walkouts planned this week.

EasyJet pilots and Ryanair cabin crew have both gone on strike in recent months, affecting Brits heading to Spain.

The Ryanair strikes resulted in four flights at Barcelona and two at Majorca being canceled yesterday, according to local media, with another 28 delayed.

More strikes are planned for this week, which could cause more disruption for Brits heading abroad during the last weekend of the summer holidays.

EasyJet pilots are to strike again this weekend from Friday 27 to Sunday 29. 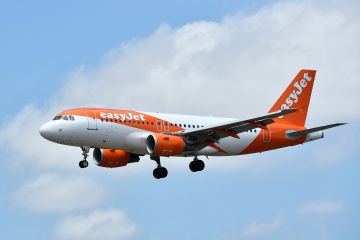 The strikes have been announced by Spanish pilot union Sepla, who are demanding that easyJet re-establish pilots’ working conditions from before the COVID-19 pandemic and provide its pilots with new multi-year contracts.

Ryanair strikes are to continue every Monday to Thursday until January 2023, backed both by the USO and Sitclpa union groups.

The unions are demanding 22 days of holiday and two extra months payment per year to comply with Spanish workers laws.

However, both Ryanair and easyJet say they expect the disruptions to be minimal to the majority of holidaymakers.

An easyJet spokesperson previously said they were “disappointed” by the strike action and expected “some disruption”.

A Ryanair spokesperson told Sun Online Travel: “These two tiny unions who represent only a handful of our Spanish cabin crew have held a number of poorly supported ‘strikes’ in June and July which have had little or no impact on Ryanair’s flights to or from Spain.

“On a point of correction, while a tiny number of Ryanair flights in Spain were canceled or delayed in July, this was mostly due to ATC strikes and flight delays. No flights were canceled in July due to these unsuccessful and poorly supported strikes by these two minority unions (USO & SITCPLA) who represent only a small handful of Ryanair Spanish cabin crew.

Strikes last month prompted the government to update their travel advice for Brits thinking about going to Spain.

The Foreign Office advice currently states: “Possible strike action may cause some disruption to flights to and from Spain. You should consult your airline for updates prior to travel.”

And there is more misery for Brits this winter as British Airways has confirmed 10,000 flights are to be canceled until March 2023.

The flag carrier has already been forced to cancel flights in recent weeks from London Heathrow due to the current cap at the airport.

A travel expert has revealed how to claim compensation if your flight is cancelled.