The Brown Hotel group started out in Tel Aviv in 2010. If all goes to plan, by 2024 it will be one of Greece’s largest hotel operators.

Brown Hotels likes to call itself the biggest hotel brand no one has heard of. But its swift expansion has become harder to overlook. The company now has 22 hotels in Israel, nine in Greece and a further 45 in various stages of development in the two locations. After just a few years of operations, its reach now rivals that of major competitors such as Dan, Fattal, and other large hotel brands.

The lack of name recognition dovetails nicely with the Brown Hotels’ hipster sensibility. The group specializes in smaller, boutique hotels with edgy, fun and mod vibes. Along the way, it has acquired a reputation for going into unloved city centers, redeveloping office buildings and constructing hotels along seashores overlooked by others.

Founder and co-owner Leon Avigad said his career in the hospitality industry began as a bell boy at Jerusalem’s King David Hotel.

“I love the glamor of those older hotels,” he told The Times of Israel.

For his own hotels, though, Avigad and co-founder and co-owner Nitzan Perry have preferred a sleek look that’s more chic than research.

As in every good Cinderella story, what seems like an unlikely overnight success is in fact the fruit of careful and thoughtful planning over the years.

The key move may have come during the height of the COVID-19 pandemic. While the rest of the world turned away from tourism, with borders closed and travel on hold, Brown Hotels chose to move beyond its base in Israel and invest heavily in multiple locations across Greece.

One of the hotels is located on Omonia Square, a heavily trafficked central Athens junction that was not seen as the sexiest of locations by Greeks. But the Brown group nevertheless made it into an Athens destination.

This is what can be defined as the Brown approach — deliberately setting out to break the mold, to find cheap but stylish and effective ways to extend its portfolio. 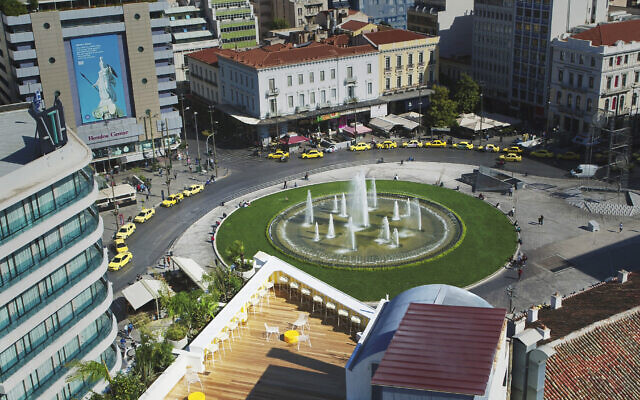 The company only formally entered the Greek market with the Brown Acropol in June 2020.

In Greece, where 40 of the 45 new hotels will be constructed, it has meant extending offerings across northern Greece, which has always been far less of an international tourist destination.

“Brown is playing a distinctive role in going into areas that have not yet been developed,” said Nicolas Christodoulidis, head of the trade office at the Greek embassy in Tel Aviv. “For example, locating their newest hotel on the shoreline a little way outside Athens at what was previously a gap between established resorts.”

Christodoulidis called Brown Hotels “a very significant investor in Greece and a partner in our strategic tourism initiatives,” namely getting visitors into areas that have traditionally been tourism hinterlands or promoting Athens and other cities as destinations for short jaunts by Europeans and others.

“We want to encourage more city vacations, visits to northern Greece, and we find that Brown Hotels is helping us to promote areas that are less well known to tourists,” he said. 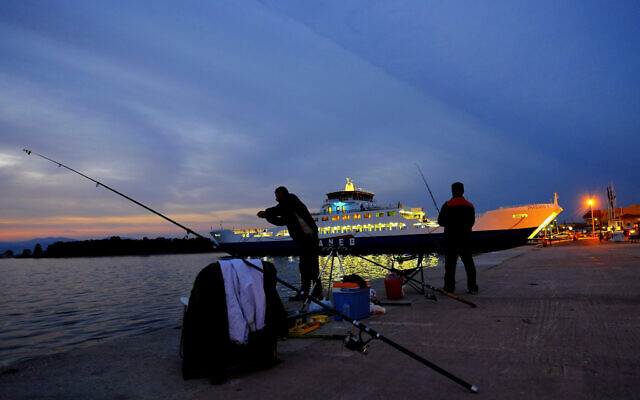 Men fish in a harbor as a ferry boat is seen in the background in Keramoti, near the northern city of Kavala, Greece, Tuesday, April 22, 2014. (AP/Petros Karadjias)

In Israel, where Brown is headquartered, the company has 22 hotels and another five in the works. In terms of property numbers, that puts it into competition with better-known brands such as Isrotel (heading for 30 properties by 2025), Dan (with 18 hotels) and Fattal with 35 hotels in Israel and a further 50 under management using the Leonardo brand across Europe.

But because the Brown hotels tend to be smaller establishments, its 2,000 rooms in Israel are just a tiny portion of the 58,000 total rooms across the country. In Greece, it currently has just 1,200 rooms.

Even the lack of name recognition seems to be part of Brown Hotels’ strategy. The chain has prioritized developing distinctive sub-brands rather than using a one-size-fits-all approach as the larger chains tend to do, aiming to appeal to different types of customers with different offerings.

“We were among the first to bring boutique hotels into Israel’s cities,” Avigad said. “When we did it twelve years ago no one understood the idea. They asked why you would want to put hotels in the center of a city. But each of our hotels is about a different kind of guest experience and a story that runs through every element of the hotel, and we actively curate for our guests. There is no cookie cutter.” 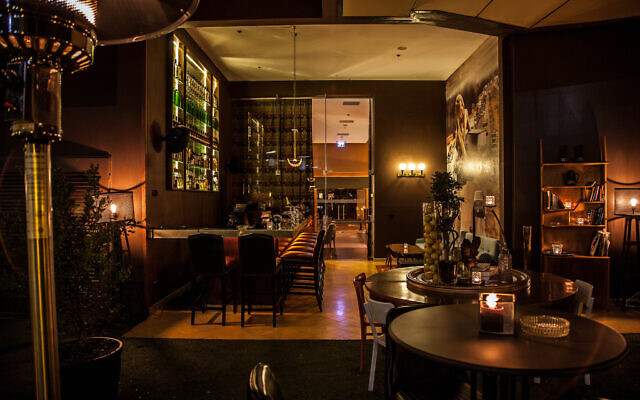 At the same time, the company says it works to ensure the same level of service and attention to detail across the board, regardless of which property type it is.

CEO Oshri Deri noted that the Brown group designed its own mattress for use in its hotels and touted what he called “the most expensive linens, the most expensive furnishings and products, across all of our rooms.”

“We don’t want to be traditional hotel owners,” he said. “We’re aiming to offer a relaxed, loose but still very professional service.”

In their city center hotels, rooms are small but still include a well-lit working space and quality personal coffee machine. Bathroom doors fold back to conceal toilets and offer top-of-the-range amenities.

At its beach properties, there’s a bar alongside each pool, top-range water sports equipment and even inflatable obstacle courses in the water for family enjoyment.

Avigad incorporated Brown with Perry in 2007 after a successful career in the hospitality industry, helped by seed money from investors.

The first property to operate under the Brown hotel brand was Brown Tel Aviv, which opened in 2010. It was retro-themed, furnished with vintage pieces and had an aesthetic that harkened back to the 1960s and 1970s, and the diverse creative melting pot that Tel Aviv was in those days.

It routinely makes the list of the city’s top boutique hotels but it is positioned away from what used to be the main hotel strip along the shoreline, to be part of the “urban scene” at the crossroads of Neve Tzedek and Rothschild Boulevard. Other boutique hotels have followed its lead in Tel Aviv, while Brown has now used the same original model in both Athens and Eilat. 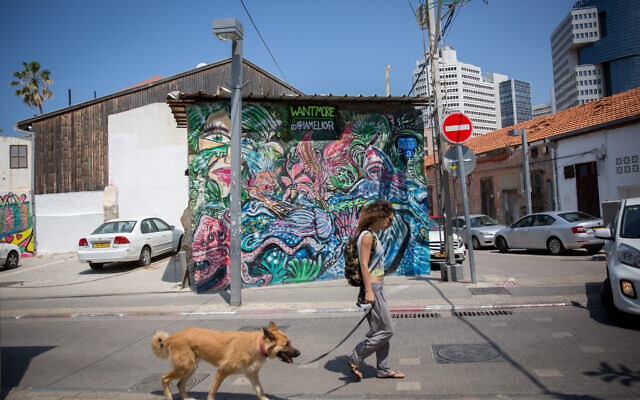 A woman walks her dog past a graffiti-painted wall in the Neve Tzedek neighborhood of Tel Aviv. May 15, 2018. (Miriam Alster/Flash90)

Lighthouse Tel Aviv, another offering in the city, also has a rooftop space, but offers open-air bars and restaurants, with an underground nightclub hosting events and guest DJs.

Lighthouse Eilat is on its way, while Lighthouse Athens is one of the largest hotels on the central Omonia Square.

Villa Brown offers boutique hotels with a romantic vibe, within historic buildings and areas. Here the company started out in Jerusalem with Villa Brown Jerusalem housed in a 19th-century villa five minutes walk from the Old City. It added Villa Brown Moshava, also in Jerusalem, before extending to Villa Brown Tel Aviv and Villa Brown Ermou in Athens.

The company also has a set of beach house properties (in Tel Aviv and Croatia, and starting this summer at two new locations in Greece) and a luxury brand – Isla Brown – whose first offering opened this month, just outside Athens.

And then there is Dave, known as the “son of Brown.” Described by the company as its “hipster brand,” the hotels are aimed at younger, or at least more anarchic travelers. The decor is industrial style combined with vintage and flea market finds, not unlike a backpacker hostel. Guests check themselves in and out and will find popcorn machines in the lobby with unlimited beer on tap. So far Dave hotels have opened in Tel Aviv on Gordon Street, on Levinsky, and in the center of town, with another in Athens.

Recently Dave has been joined by what the Brown group claims is Tel Aviv’s first pod-style hotel on Allenby Street – offering 3-square-meters to a single traveler and 4-square-meters for a double, with shared bathrooms, lobby and workspace for guests The concept is not unique in global tourism, but it is new to Israel and the execution is modern yet timeless. 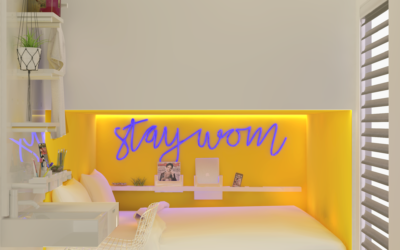 “The boutique brand approach can be a highly successful market strategy,” said Joanne Dreyfus, a European hotel expert for Deloitte. “But the challenge for growth is to deliver brand value, that is, a brand which is known and recognized by consumers, through such a diverse approach.”

The company also pushes collaborations with local chefs, artists and musicians, both in Israel and Greece, to build relationships and connect the hotels with their surroundings.

A flexible business model is now key to building a successful hotel business, Dreyfus noted, and the Brown approach consists of working in different ways with multiple partners. It owns some of its hotels, sometimes it shares ownership with others. It leases some buildings and in other cases acts as the operator, responsible for branding and management.

The approach is much less demanding of capital and is therefore integral to Brown Hotels’ rapid roll-out. A willingness to look at all sorts of options in parallel, Dreyfus believes, is key to success in today’s market.

After a brief flirtation with the Tel Aviv Stock Exchange, the company has remained in private hands. Its last formal funding round was in 2018, when it added NIS 60 million ($17 million) in capital from Hachshara Insurance Company. Prior to that funding round, the company was valued at NIS 240 million ($69 million). By 2019 the valuation had risen to NIS 400 million ($119 million), although most of the company’s growth has come since then.

As with all tourism businesses, raising money through the pandemic years has proven challenging, but the group’s shareholders have remained loyal. And the company has proven its ability to deliver rapid growth, even if brand recognition has lagged behind.

The company has excelled at finding counter-intuitive investments in areas abandoned by others during the pandemic.

“When everyone else was saying no to further investment in tourism, we said ‘yes’,” Nir Waizman, who is part of the Brown Hotels ownership group, told a Greece/Israel business conference in May. “This allowed Brown to go into Greece when prices there were low.”

It has also saved money by renovating existing properties rather than building them from scratch, transforming them beyond recognition.

Avigad is heavily involved in the process, challenging the architects to deliver organic curves on what was previously a soviet style cube at Brown Isla Corinthia, for example, and working on-site alongside staff through the days before the hotel’s launch to ensure that every recliner around the pool was positioned according to the vision he had for the place. 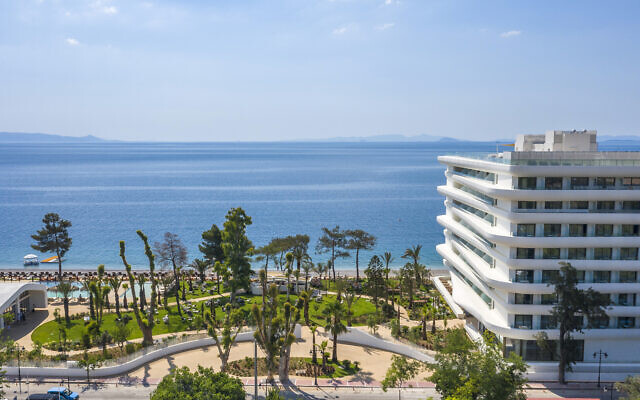 Greece is one of Israel’s top tourist destinations; some 100,000 Israelis traveled there in April 2022 alone. Avigad believes there’s a huge affinity between the countries, a shared creativity and resourcefulness and vibrancy which makes it easy to work together. He has even relocated his family to Athens to oversee the brand roll-out there.

But despite the massive expansion in Greece, Brown is still building more in Israel.

The company recently announced a deal to develop four hotels together with Israir. The joint project will combine the companies’ strengths in ways that “will reduce prices for the Israeli traveler and offer quality products at attractive prices to our customers,” said Israir controlling shareholder Rami Levy.

Celebrating the partnership between Brown Hotels and Israir, May 2022 (Yannis Panopolos, courtesy of Brown Hotels)

Also on the horizon is Israel’s first airport hotel, at Ben Gurion airport, slated to open in the next year or two.

The company is also looking at expansion beyond Greece and Israel. Avigad confirmed to The Times of Israel that the group is looking at Croatia, where it already has one hotel, Germany and Italy, and is in talks with others in the hospitality industry regarding more opportunities.

“Each hotel has a new story,” said Avigad. “And we’ve seen others have followed where we have led the market.”