This week Nancy Pelosi became the first US House Speaker to travel to the island since Newt Gingrich did 25 years ago.

China issues furious warning to US – follow the latest updates

As she met Taiwan’s president Tsai Ing-Wen in Taipei, the senior Democrat claimed the world “faces a choice between democracy and autocracy” and pledged continued US support of the self-declared nation in contrast to Xi Jinping’s hostile stance on the West.

But despite his repeated promises to defend Taiwan if China invaded, even President Joe Biden condemned Ms Pelosi’s decision to go.

Why is Taiwan caught in the middle of China and the West?

An island of 23 million people, 112 miles off the coast of China, Taiwan declares itself an independent, democratic country with its own leader, constitution, political system and military.

But with territorial claims to the island that date back all the way to 229AD, the Communist Party in Beijing sees it as a breakaway province of China that will eventually come back under its control – by force if necessary.

This is known as the One China principle – a diplomatic acknowledgment that Beijing is the only legitimate ruling power in China.

Technically the US subscribes to a version of that – a One China policy – and therefore does not recognize Taiwan as an independent state, in line with the United Nations. But it still maintains unofficial ties and champions the island’s commitment to democracy.

This is underpinned by the US Taiwan Relations Act of 1979, which was passed under Jimmy Carter and commits Washington to providing defensive weapons to the leaders in Taipei.

Professor Michael Clarke, defense analyst and former director-general of the think tank RUSI, tells Sky News: “China punishes any country or company who engages with or even talks about Taiwan.

“It’s their most sensitive topic, because the Chinese just go berserk about it, it’s like a button you can press to make them angry.”

He likes the island to Berlin during the Cold War – a “hotspot of tensions in a larger global competition” between two sides.

Taiwan is also the world’s biggest producer of semiconductors – electrical components found it most smart devices.

The Taiwan Semiconductor Manufacturing Company (TSMC) produces chips for Apple and many other tech companies across the West.

There would be serious consequences for global supply chains if China invaded Taiwan, with TSMC chairman Mark Lieu telling CNN plants there would become “not operable”.

As a result, the US House of Representatives has just passed the Chips and Sciences Act to facilitate more semiconductor production on US soil to mitigate the impact of a possible Chinese invasion.

What’s the history behind the conflict?

With its close proximity to the mainland, China’s rule over Taiwan dates back more than 1,000 years.

The Qing dynasty ruled the island between 1683 and 1895, before a brief period of Japanese control as a result of the First Sino-Japanese War.

When Japan surrendered, bringing the Second World War to an end in 1945, China reclaimed the territory.

Four years later, the Chinese Civil War, which had raged intermittently since 1927, ended and Mao Zedong founded the Chinese Communist Party and the People’s Republic of China.

This forced the defeated Nationalists – the Kuomintang – to flee to Taiwan.

It was them who laid the foundations for a self-determined, democratic Taiwan – separate from China. 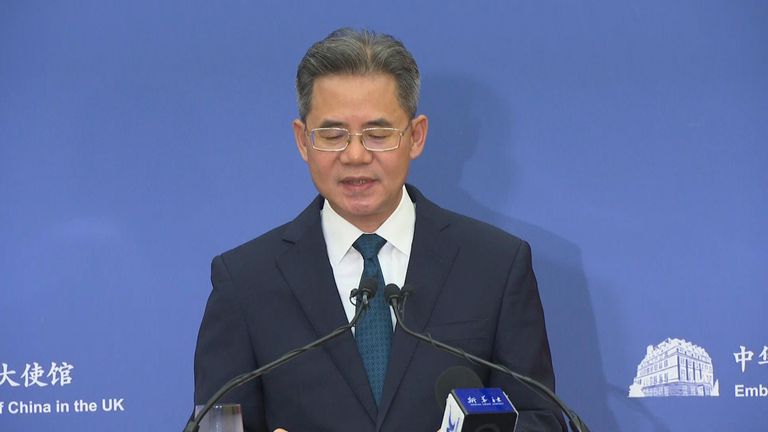 Why are US-China tensions so high?

Since Xi Jinping became China’s president in 2012, he has become determined to achieve so-called “global dominance” by a deadline of 2049 – 100 years after Communist Party rule began.

As a result, the US and other Western nations have responded by toughening their stances on China.

Examples of this include the AUKUS trade deal between Australia, the UK and the US, and the Quadrilateral Security Dialogue between Japan, Australia, India and the US.

“China has been throwing its weight around in the region and beyond over the last decade, so the US has become much more skeptical about maintaining mature relations with them.”

How has Russia-Ukraine changed things?

According to Sky News defense and security editor Deborah Haynes, with his invasion of Ukraine, Vladimir Putin has “ripped up the rule book in terms of how countries behave”.

As a result, security officials fear Xi Jinping may respond more aggressively over Taiwan in that context.

“Everyone looks at the Ukraine invasion as a possible model for a Chinese invasion of Taiwan,” Professor Clarke adds.

“It may create a permissive environment for Xi over the next year or so.

“He might think ‘well the Russians are doing it’ and that the world is looking the other way towards that conflict, and that might offer him some temptation.

“But equally it might give him pause as he sees how the world has responded to Russia with sanctions – and how difficult the invasion has been for Putin so far.”

He also cautions that a Chinese invasion of Taiwan would have to be launched from the sea – which would be very complex – even for a big military power such as Beijing. 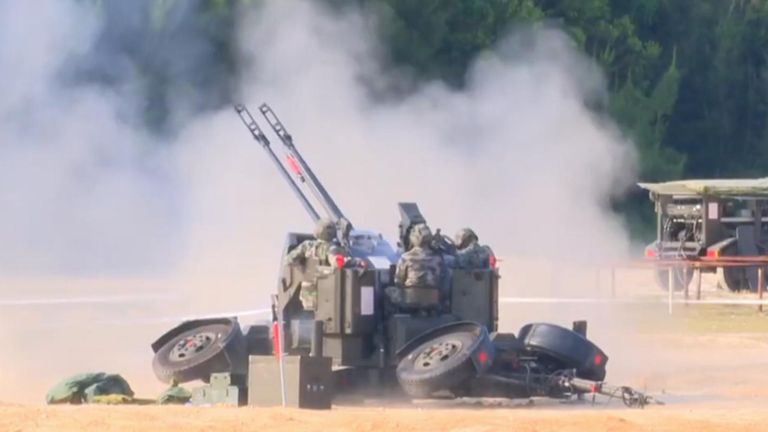 Why did Pelosi go against Biden’s recommendations?

When asked by reporters, Joe Biden said a US trip to Taiwan “isn’t a good idea right now”.

But as a longstanding liberal on foreign policy and critic of China, Ms Pelosi wanted to travel there to highlight “America’s determination to preserve democracy in Taiwan” and that it remains “ironclad”.

Professor Clarke says: “Pelosi’s argument is that the US has always supported Taiwan – ever since 1949.

“Congress – on the Democrat and Republican side – is strongly pro-Taiwan – and she is just representing that.

“She knows it’s a sensitive time, but she says that even though China huffs and puffs about military force, the US has to show it isn’t frightened – because if you show you’re frightened they will exploit that ruthlessly.

“The White House on the other hand has to be slightly more nuanced, because it’s the executive.”

Independent Taiwanese MP Freddie Lim agreed, telling Sky News it is “difficult to appease China” anyway, so it has nothing to lose by strengthening diplomatic relations with its allies.

The timing of Ms Pelosi’s visit is also key.

In the second half of this year China will hold its 20th Party Congress, which will see Xi Jinping run for an unprecedented third term as leader.

A Western provocation over Taiwan a matter of weeks beforehand will therefore be an “unwelcome” development as he vies to extend his grip on China and the region.

“China is in a very delicate position at the moment,” Professor Clarke says. “In terms of Xi’s standing in the party and the Chinese economy is starting to suffer from the global slowdown, its zero COVID policy and its property market.

“That’s a short-term issue, but it all comes amid the long-term degeneration of Western relations with China.”