When he was 18, Elias Bohun took a train from Vienna to Vietnam. For the sake of the environment, he didn’t want to fly but he still didn’t want to give up traveling. He thought it would be very tedious, but in the end it was the coolest experience of his life di lui. He also discovered that booking an international rail trip is extremely complicated – even just within Europe. Anything beyond the neighboring country cannot be booked in advance. Because he saw a market need in this, he founded the rail travel agency traveling together with his father di lui. In this episode of the Start-up of the day series, Elias talks about his project by him and the challenges of starting up a company.

What was the feedback on your travel agency for international rail travel?

“We were very successful with our idea right from the start, handling thousands of requests. This has confirmed to us that there is a need for rail travel that goes beyond the neighboring country – and from a wide variety of sides – not only from private individuals, but also from school classes and companies that want to travel in an environmentally friendly way .

But with the pandemic, the travel agency no longer worked. Since then, we’ve been working on digitizing the service and have brought two more founders with a lot of programming expertise into the start-up. We expect to go online in two months. “

What problem are you solving – and why is it important?

International rail travel should not entail having to buy each ticket individually. The European rail network and the European booking system are not up-to-date.

The digitization of the railroads is done on a national basis. It’s not like air travel, where there is one database for the whole world. For rail travel, there is not even a European timetable that maps trains in real time. Each country only records its own timetable. What is missing is a GDS (Global Distribution System), a global database that manages reservation data.

We solve all the problems of international rail customers worldwide: we find the most reasonable route, allow processing that meets personal needs, and ALWAYS find the cheapest tickets. “

Diagram of a GDS of an aerial line (c) By Sahirshah – Own work, CC BY-SA 3.0, https://commons.wikimedia.org/w/index.php?curid=24992855
Image: A global distribution system (GDS) is a computerized network system. It enables transactions between service providers in the travel industry, such as airlines, hotels, car rental companies, and travel agencies. The system primarily uses real-time inventory from the service providers. Examples include data on available hotel rooms, airline seats, and rental cars. 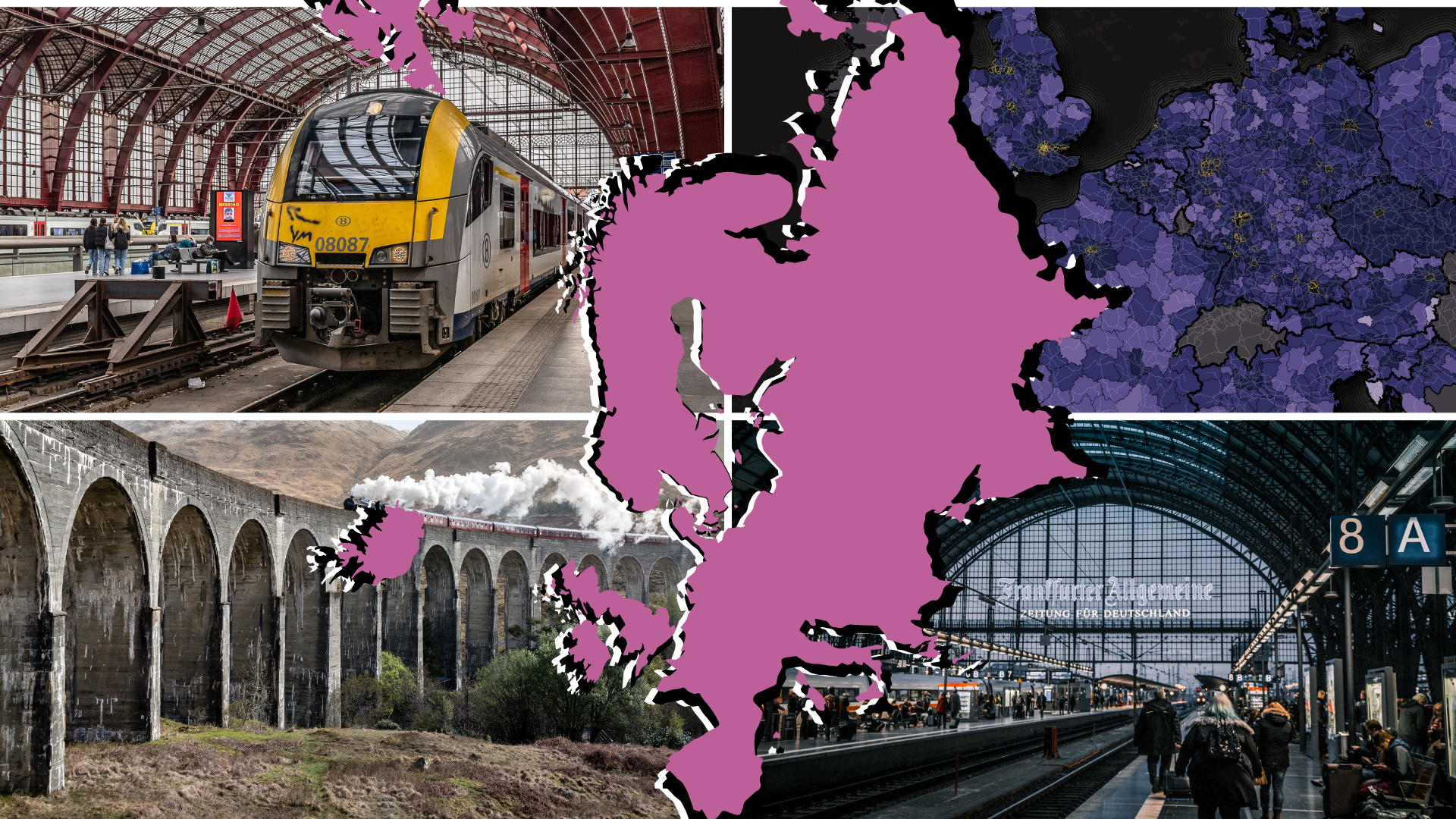 Where is it that everyone lives close to a train station? Where are delays more the rule than the exception? Who are the most fanatical train users in Europe? Data journalist Jelmer Visser found out!

What was the biggest obstacle you had to overcome?

“Getting the contracts with the rail companies was a painstaking process. The word hasn’t gotten out yet that there has to be one company that covers everything, one place where you can buy a ticket to Spain or Iceland. You have to do a lot of convincing. “

What have been the best moments so far?

“When we realized there was room for change and that there are people who think international rail travel is nice. With climate protection, there’s too much talk about doing without and not enough about considering things differently. For example, taking a trip to Barcelona, ​​but not only seeing Barcelona, ​​but also Paris along the way and then going back via Lyon, for example. That way you don’t get less, you get more. You’re also protecting the environment – and rail travel sends that message. “

Where does your financing come from?

We are constantly looking for international investors. We would like to work with multiple investors, but are also open to business angels. Ideally, they bring expertise from the transportation sector, but it’s not a must. “

What are the conditions for traveling in Vienna as a location?

“Vienna is a good place for start-ups and it’s getting better all the time. But unlike countries like Germany, in Vienna you need a license to start a travel agency. That’s why we had to study for a few months and take an exam. “

Where would you like to be with your company in five years?

“We would like to become the Global Distribution System (GDS) for trains. In doing so, we would like to see the trend towards night trains continue, rail expanded and rail tickets become cheaper. This summer, trains are hopelessly overcrowded because the infrastructure is not there, which is a great pity. It will be a few more years before that changes. “

What makes your innovation better or different than existing things?

“There are several platforms that are connected to many train providers. However, they only look for the fastest connections and don’t include international fares. We, on the other hand, always look for the most reasonable route and enable stress-free travel, for example, by choosing connections that allow enough time to change trains. Our customers also have the option to edit the route we suggest. Last but not least, we also offer an international ticket, with the cheapest fare over long distances. “

“We are always happy to receive unsolicited applications.”

Want to read more posts about start-ups? You can find more installments of this series here.