You know those stories where a person jumps on the internet to make themselves feel better, and it does not go the way they thought it would? Yeah…this is one of those.

On Mumsnet.com, a user going by the handle shared the story of how she decided to take her toddler but not her stepchild to Disneyland Paris. When her husband got upset about this, she took to the mom group to vent her frustration, saying:

“[I] was with a friend yesterday, and we have spoken loads before about booking a few days away with our toddlers to Disney Paris. Talking about it again yesterday, [we] decided to book it as we found a good deal. It’s only two nights and is during term time 2023.

I told my husband when I got home, and he’s sulking because my stepchild has never been, and it’s unfair [so] I should have spoken with him so we could have arranged to go together. Am I being unreasonable to think this is so ridiculous?”

The other users overwhelmingly agreed that, yes, she was being ridiculous. If she was looking for sympathy, she didn’t find any.

“I kinda get it,” said one reply. “Disney is a big deal for kids, isn’t it? I think even if I didn’t have a stepchild if my partner booked to go away with our little one, I’d be kinda gutted I wasn’t there for their first time going.”

“While I don’t think you’re unreasonable taking your toddler, I do find it odd that you didn’t mention it to your husband at all before booking,” said another.

Another mom weighed in and said, “He’s right. Always treat all children the same.”

The Original Poster interjected to defend herself (and really just made it worse), saying that there is a significant age difference between her stepchild and her toddler, and she couldn’t plan a trip that would make them both happy. (We beg to differ, but perhaps she doesn’t read this blog and the tips we have for all ages). She also said, “Secondly, it’s a couple of days in a year’s time. I didn’t think I needed his permission or that he’d even care. I paid with my own money. Thirdly, he’s never expressed any desire to go, and we still can if he’s that bothered, there’s no rule to say you can only go once in your life. It drives me mad.”

I am not personally a stepparent, so I spoke to one of the best I know. This dear friend was absolutely incense at this person for thinking that they were in any way justified. She said,

“Her spouse entrusted her with the health and well-being of his child, and she has effectively betrayed her spouse, to say nothing of the child themselves. I work HARD to make my boy [stepson] never feel lesser or that he’s not MY boy. It’s working. It’s worth it.” 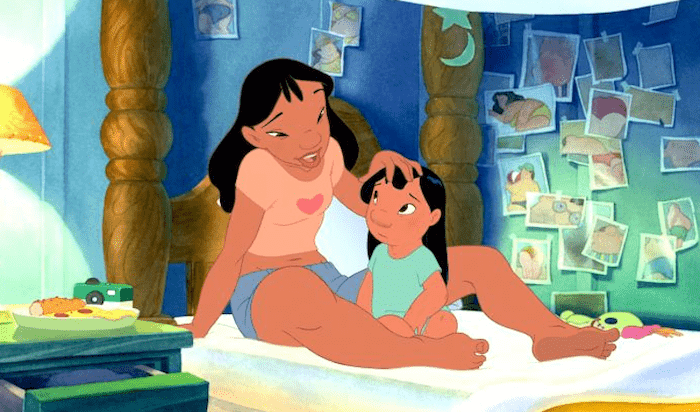 In a world where you can be Lady Tremaine or step up like Lilo’s sister, Nani, we say ALWAYS be Nani. What do you think? Is this mom justified for not taking her stepchild to Disneyland Paris with the rest of the family, or is she out of line? Weigh in in the comments!