Summer is synonymous with baseball. And baseball is synonymous with Boston. Few ballparks are as iconic as Fenway, with its Green Monster, the playing of “Sweet Caroline” in the eighth inning and some spectacular live concerts during the high season.

I was lucky enough to take in one of those shows earlier this summer, when Paul McCartney stopped by for an almost three-hour-long set. Although no longer the baby-faced Beatle he once was, McCartney has still got the swagger that drove legions of teenage girls mad in the ’60s, and he puts on one hell of a show.

Despite running late that night, I was able to make it to Fenway still early enough in the evening to wait in line for a hotdog and some Cracker Jack (a must, even when you’re not there for a baseball game). That was only made possible because of where I was staying while in town: the nearby Hotel Commonwealth. And when I say “nearby,” I mean you can walk to Fenway in a matter of minutes, making it one of the most convenient places to post up, whether you’re taking in a concert, a ballgame or just Beantown’s history.

Located on Commonwealth Avenue, one of the city’s main thoroughfares, the hotel offers sweeping views of both Fenway and the historic Kenmore Square. From my own room, sitting along the wall-length window seat, you could even see Boston’s landmark Citgo sign. The 245 guest rooms offer a range of options, from double queen beds to thematic signature suites, depending on how many people you’re traveling with and your accommodation proclivities.

Whichever route you go (I stayed in the luxury executive suite, which comes with a separate living room), all of the rooms are well-appointed, with luxury amenities such as Frette linens and down pillows and Malin+Goetz bath products. My suite, which clocked in at about 600 square feet, felt extremely livable. There were two 48-inch smart TVs (one in each room), a desk set up close to the window overlooking Commonwealth Ave., and a leather sofa that could pull out into a queen bed. I also appreciated that you could close off the bedroom from the living area with sliding French doors, and the houndstooth accent pillows were a stylish touch.

Throughout the hotel, you’ll find more decor that nods to Boston’s history as a capital of both prep and baseball. One particularly fun highlight? An elevator wrapped in wallpaper that makes it look like a baseball, featuring the autographs of a number of notable Red Sox players, both past and present. 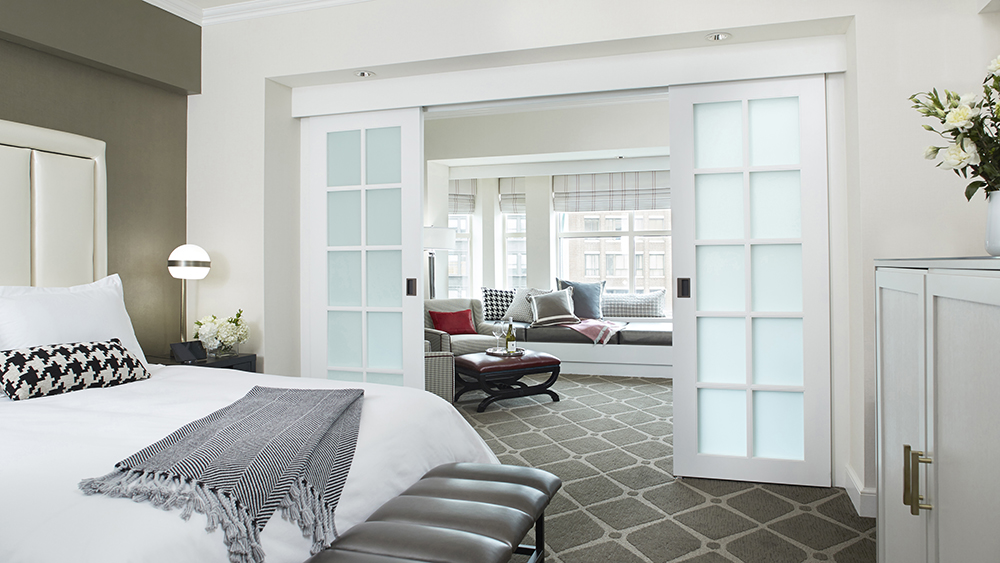 While the Hotel Commonwealth is only a short walk or drive away from a ton of great restaurants (Saltie Girl, right off Newbury Street, was a personal favorite), the hotel offers a couple of dining options as well, including the first Boston outpost of the famous Blue Ribbon Sushi. None of the restaurants were open during my stay, but I was able to order room-service breakfast, which was especially convenient on the days I was WFH (working from hotel).

Overall, Hotel Commonwealth doesn’t aim to wow you with singular design elements. It offers instead a kind of low-key luxury that translates into consistent comfort. It also has a stellar location: Being able to avoid the hassle of parking near Fenway or grabbing a car to the ballpark is more than worth it. And when you’re leaving a three-hour-long concert by a musical legend or a Red Sox game that goes extra innings, it helps to know that a plush bed is only steps away. That convenience is really where the hotel shines. And while Paul McCartney reminded us during the concert that you can’t buy love, you sure can buy an easy trip to Boston—with great views to boot.

Click here to see all the photos of the Hotel Commonwealth. 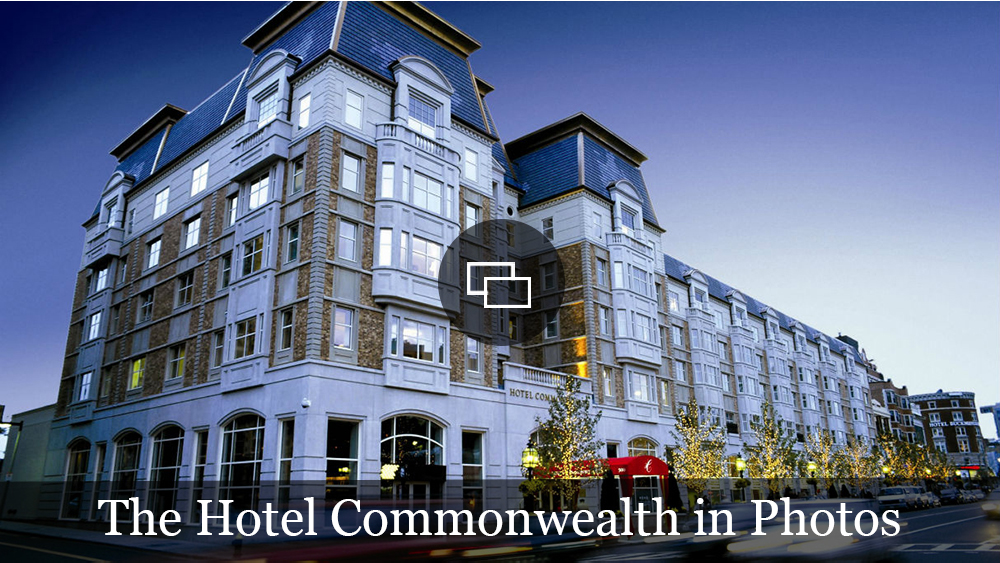