La Plata and Archuleta Counties – The Colorado Department of Transportation recently completed the state’s newest wildlife overpass and underpass on US Highway 160 between Durango and Pagosa Springs in southwest Colorado. The wildlife mitigation project will enhance safety for this section of the highway by promoting safer travel for motorists, enhancing the safer movement of wildlife, and reducing wildlife-vehicle collisions.

Last week CDOT hosted a ribbon-cutting celebration atop the wildlife arch over the highway. The event highlighted the benefits of the project and recognized the partnerships among government agencies, public organizations, nonprofit groups, and private individuals that made the project possible.

“This crossing not only improves safety for our state’s wildlife ― animals like mule deer, elk, and bears ― but it secures protection for Coloradans in their vehicles,” said Marlon Reis, Colorado’s First Gentleman.

A busy highway can be a barrier to wildlife movement. To help big game find their way across the road, a wildlife overpass was recently built over US Highway 160 in southwest Colorado. The project also included an animal underpass, two miles of exclusion fencing, several earthen escape ramps, and a deer guard at the CO Highway 151 junction. 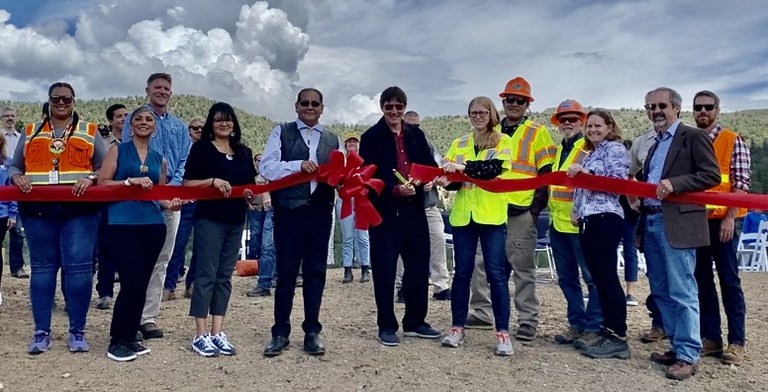 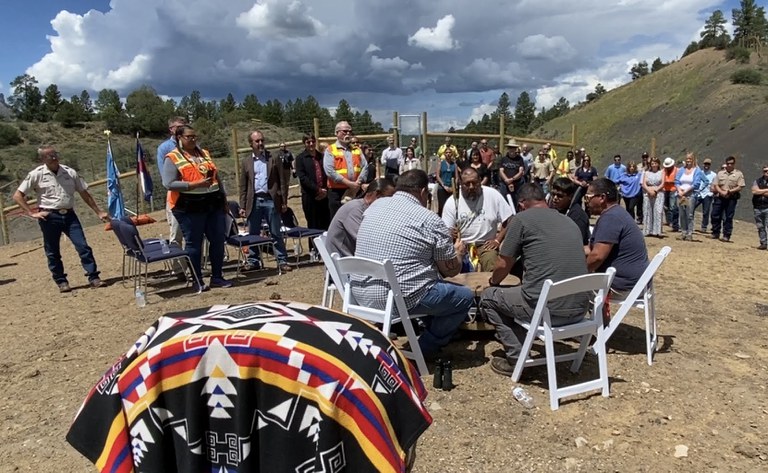 Collaborative efforts have leveraged this and other wildlife mitigation projects in Colorado, making the construction of these highway features more feasible for CDOT. While many agencies and organizations come forward with valuable project funding, other contributions from various entities may include resources like studies, research, and development plans. For example, the Southern Ute Indian Tribe provided support with critical Global Positioning System data which identified seasonal migration patterns and habitat for mule deer and elk in the San Juan Basin area.

“Nineteen years ago the tribe deployed its first set of GPS radio collars on mule deer. The results of those collars hinted at the importance of this particular spot and stretch (of roadway) as a migratory crossing point (for big game) on Highway 160, ”said Aran Johnson, Southern Ute tribal wildlife biologist.

Partners involved in the US 160 wildlife crossings project includes:

The construction project was awarded to Ralph L. Wadsworth Construction Co. of Utah. The total cost of the project is approximately $ 12 million, including design and planning. The two-season construction began in March 2021 and was completed in July 2022. Project features include:

The project also involved highway improvements of a new resurfacing treatment for two miles, an extension of the existing westbound passing lane on US 160, and a new westbound left-turn acceleration lane, both on US 160 to enhance intersection access onto and off of CO 151.

CDOT has built more than 60 wildlife mitigation structures crossing above or under highways throughout the state. Additionally, 400 miles of high big game fencing have been installed along state and US highways or next to the interstates. The agency’s Planning and Environmental division continues to seek opportunities to incorporate wildlife mitigation features into future highway construction projects.

Stay Informed About Wildlife in Colorado:

For more information about wildlife and our highways, visit: