July 27, 2022 – Kook Club is a community-driven NFT collection that aims to be the world’s most valued and utilized surfing-related NFT to ever exist on the Ethereum blockchain. All of Kookclub.io holders can participate in the Kook community by voting on monthly benefits for real-world application of surf-related giveaways. An epic 4,200-piece collection of digital Kooks will be the gateway to the world’s most functional surfing NFT.

Monthly rewards for holders include but are not limited to world-class surf trips to top-tier waves in paradise, major surf equipment giveaways from the leading brands, excursions to watch the world’s best surfers compete on the world tour, and much more. Sky is the limit; it’s up to you, the holders, to vote on what you want.

“You might shred somewhere, but we’re all Kooks here.”

Kookclub.io know that NFTs with no functionality are useless. Kookclub.io absolutely refuse to be one of those garbage NFTs. By becoming a Kook Club NFT owner, you will now own the key to the most beneficial surfing related NFT.

As a team of lifelong surfers, watermen, and world travelers, Kookclub.io came up with a list of “holy sh * t, I can’t believe I won” types of rewards. The kind of trips Kookclub.io always dreamed about being on and gear Kookclub.io have spent a lifetime jonesing for. 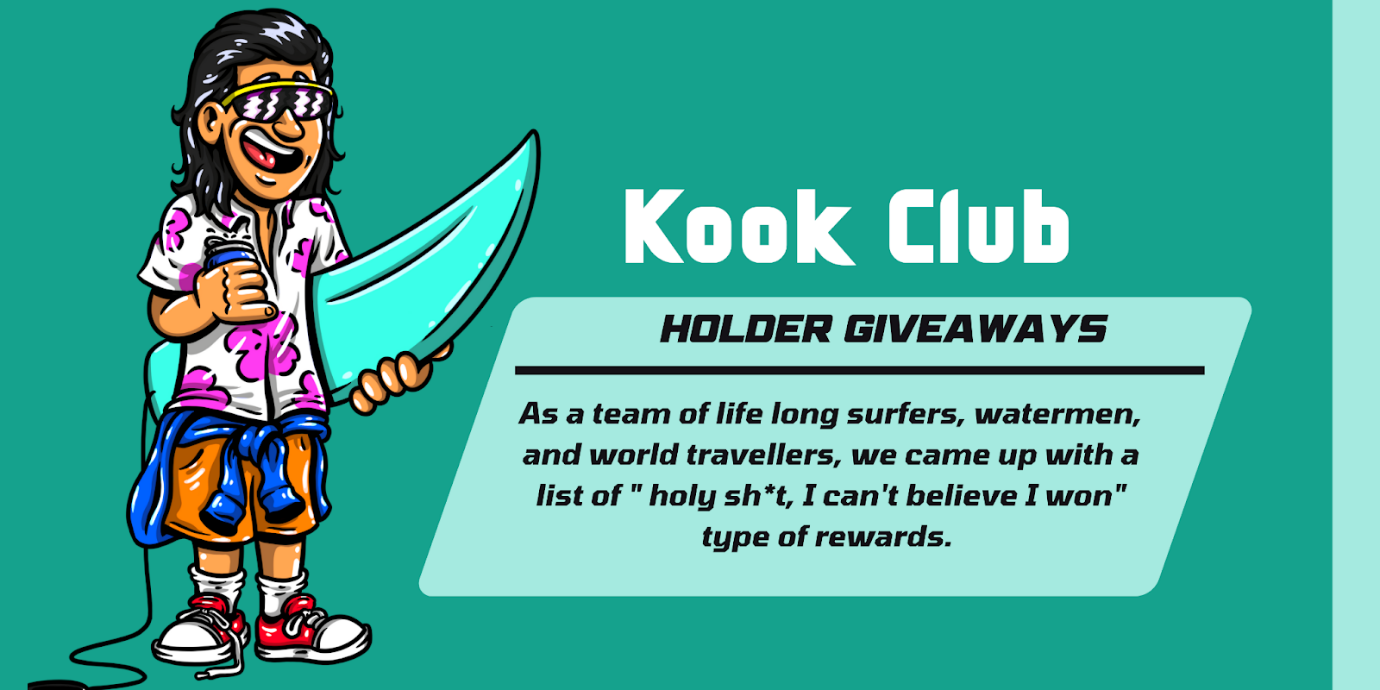 If your Kook is chosen, you must choose either a luxury surf package worth $ 6,000 USD or $ 3,000.00 USD worth of Ethereum. Kookclub.io will purchase the trip from the travel agency that agreed to work with us, and a $ 6,000 travel voucher will be credited to you. Then Kookclub.io will send you $ 1,000.00 USD worth of crypto to the ETH wallet you provided us when you bought your NFT to be explicitly used for your travel costs. It’s up to you if you want to convert to fiat currency to pay for the travel or if you keep the crypto and use your money to pay for travel.

Instead of going on a trip with one of Kookclub.io chosen travel companies, you can take a one-time payment in ETH equal to USD $ 3,000.00 deposited to the wallet you used to purchase your Kook NFT. Take the trip or get ½ the trip value in cryptocurrency. For us, this project is about surfing and exploration, but Kookclub.io realize there is a chance some of Kookclub.io holders think differently.

Kookclub.io set aside a significant sum of money each month for the 4 luxury surf trips. It’s $ 7,000 per trip, multiplied by 4 trips for the month, which equals $ 28,000 per month. This is Kookclub.io * general * monthly budget.

In terms of traveling across the world to surf, this is not an insane amount of money. In terms of high-performance equipment, it’s a ton of money. In essence, 4 people per month can travel.

BUT, if the holders vote to use the money for equipment instead, Kookclub.io could offer something like

Kookclub.io can break it down in any style. All of the equipment vouchers will be used through online retail, starting with REAL Water sports in The Outer Banks, North Carolina. They have a massive inventory and ship worldwide for all Kookclub.io holders. 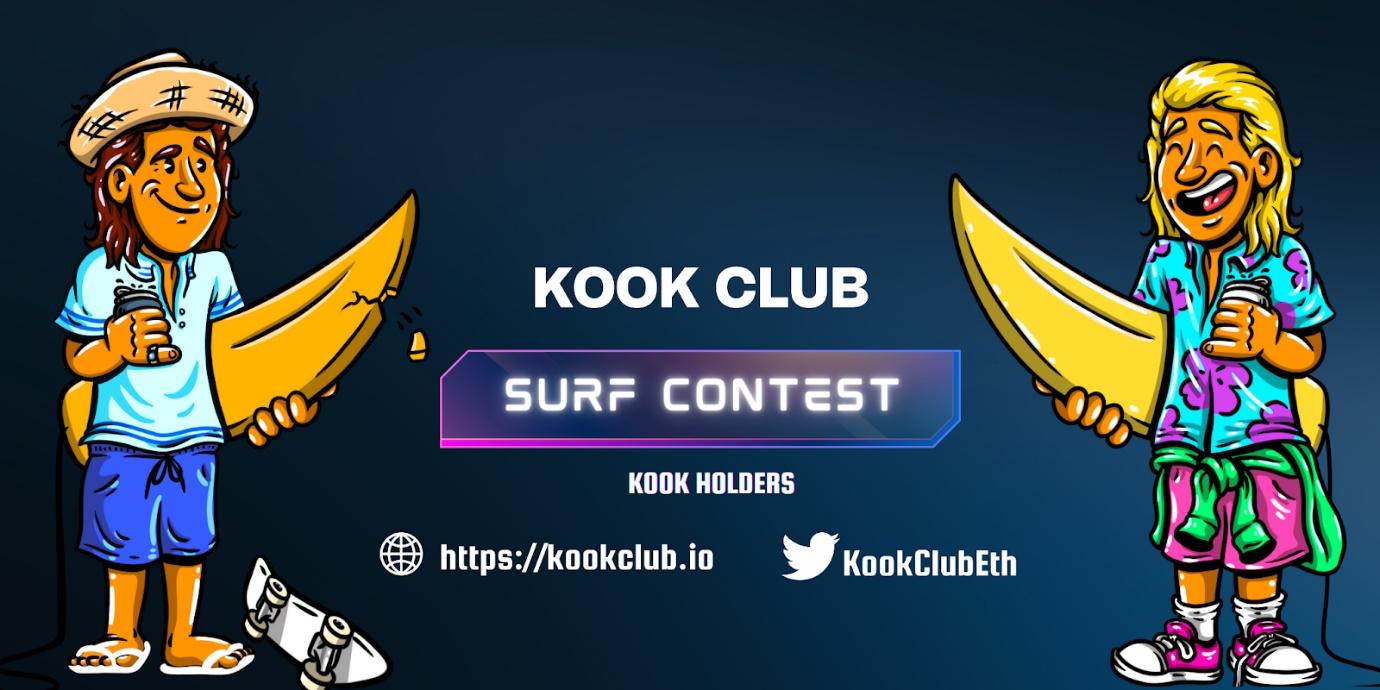