Ampaire, the hybrid-electric aircraft developer based in Los Angeles, announced completion of a successful 1,135-mile-long nonstop flight with its EEL demonstrator aircraft. The company claims that this journey is the single longest nonstop flight performed by a hybrid-electric aircraft The EEL, piloted by Elliot Seguin, flew a total distance of 1,880 miles from Camarillo Airport in California to Oshkosh, Wisconsin, from July 20–22.

The biggest challenge, according to Dr. Susan Ying, Ampaire’s SVP of Global Partnerships, was finding charging capabilities along the route. “Unlike Elon Musk, who built his own charge points, we don’t have that kind of money. But we are teaming up with partners such as B & V [Black & Veatch] to work on the infrastructure, ”Dr. Ying told Avionics International in an emailed statement. 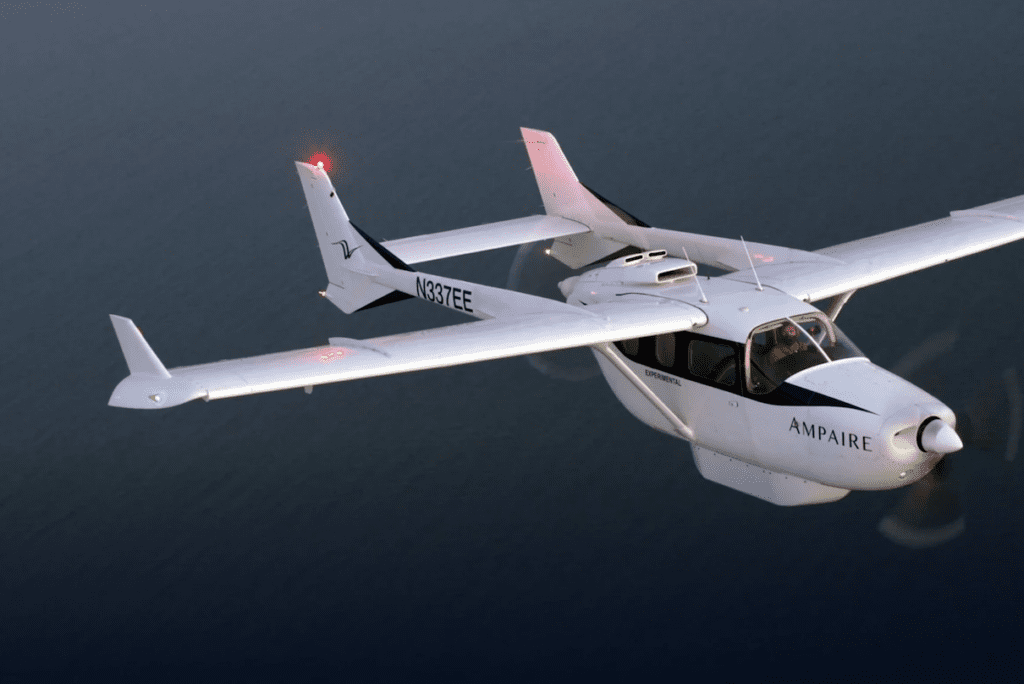 The hybrid-electric EEL testbed aircraft is a retrofit of the Cessna 337 (Skymaster) and can transport three passengers. (Photo: Ampaire)

Ampaire retrofits planes with hybrid-electric propulsion systems, such as the DHC Twin Otter. The company expects to receive a supplemental type certificate from the Federal Aviation Administration in 2023and has been targeting 2024 for beginning passenger service. 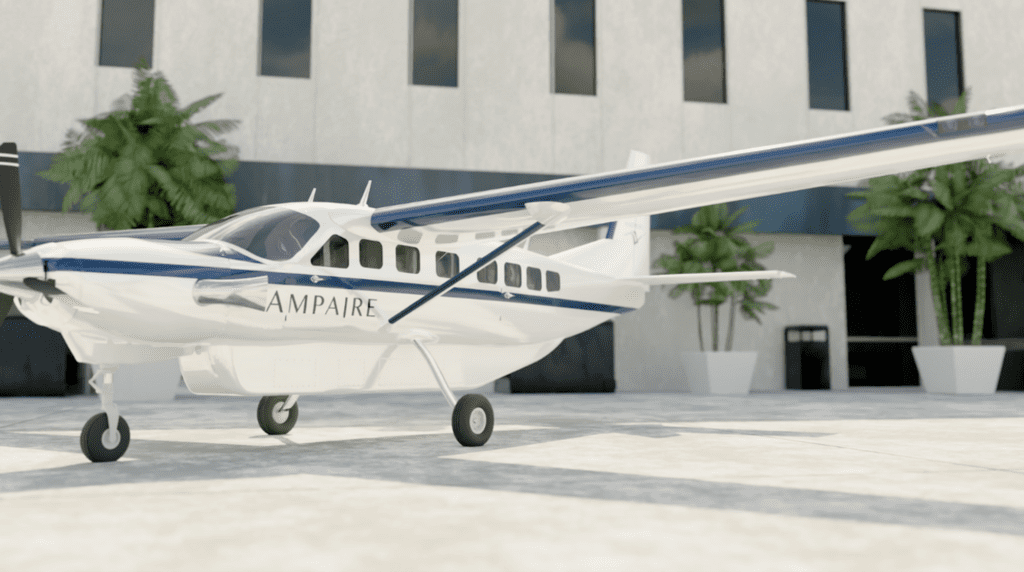 The technology and expertise resulted from the EEL aircraft will be applied to Ampaire’s hybrid-electric Eco Caravan, the company’s first commercial product and an upgrade to the current Cessna Grand Caravan. The Eco Caravan will be a regional aircraft with a nine-seat design, and it has the potential to achieve fuel savings of as much as 70%. Dr. Ying confirmed that the Eco Caravan will take flight for the first time by the end of 2022.

Ampaire’s team intends to scale up its technology for larger regional aircraft, according to the company’s announcement. The next aircraft model that Ampaire intends to develop would be a 19-passenger airplane with two engines, Dr. Ying shared.

Ampaire also announced a key supplier for its Eco Caravan’s hybrid-electric propulsion system this week. The RED Aircraft AO3 series compression ignition engine rated to 405 kW, or 550 hp, in an integrated parallel configuration will be used to provide the base power for the Eco Caravan. Ampaire’s electrical system will provide the peak power for the aircraft.

RED Aircraft and Ampaire have signed an MOU to commercialize electric-propulsion aircraft. Ampaire intends to develop and certify propulsion systems for applications up to 800 hp. RED Aircraft’s objective is to develop and certify engine subsystems that are compatible with Jet A / sustainable aviation fuel (SAF), and supply the subsystems to Ampaire.

According to the announcementAnd because the RED engine is compatible with SAF, the aircraft could potentially reach net zero carbon emissions. Ampaire also claims that operating costs of the Eco Caravan are. 25% to 40% lower.

Ampaire’s CEO, Kevin Noertker, commented on the choice of RED Aircraft as a key supplier for their hybrid-electric aircraft: “The modern, powerful and ultra-fuel-efficient RED engines have exactly the right characteristics for the Eco Caravan’s hybrid-electric propulsion system and for many other upgrades or all-new designs we may pursue. ”

Ampaire’s hybrid-electric Cessna 337 Skymaster performed its first test flight Three years ago at Camarillo Airport. The aircraft included one 210 hp engine and one electric motor to reduce emissions and operating costs. The 337 aircraft performed additional flights as part of the FAA’s flight test program throughout the summer of 2019, recording data related to its propulsion characteristics.

“The most practical way to achieve an all-electric future is to jump start the market with a partially-electric present,” Ampaire CEO Kevin Noertker remarked, saying that the modified Cessna 337 was the company’s first step towards the goal of a larger hybrid –or fully-electric aircraft.