Panama is experiencing its most serious unrest in over three decades, as demonstrators protesting against the soaring cost of food and fuel block the country’s main highway and ridicule lawmakers’ taste for expensive whiskey.

The turbulence in the central American state, long insulated from the economic ups and downs of its neighbors because of its peg to the dollar, illustrates how the wave of inflation stoked by the war in Ukraine is unsettling even previously stable countries.

“Our government is very corrupt and shamelessly mocks the people, ”said Maria Calvo, a teacher attending protests in Plaza Cinco de Mayo, one of the capital’s main squares. “Food, gasoline and everything is going up.”

While Panama’s use of the dollar has protected it from some of the inflation seen in countries that have also experienced a depreciation of their currencies, price increases have left many – in what is one of the most unequal nations in the region – struggling to cope.

The protests, which intensified last week, began at the end of June. They were partly fueled by a video circulated on social media in early July that showed ruling party lawmakers celebrating the beginning of the legislative period with $ 340 bottles of Macallan whiskey.

Much of the protesters’ ire is aimed at the national assembly, which employs a large number of so-called “botellas” – special advisers and other personnel who collect a salary but whose role is unclear. Often the demonstrators – who typically include leftwing construction and education union members, students, healthcare workers and indigenous groups – chant “pour a drink and hope the people don’t notice”, in reference to the lawmakers’ expensive taste.

María Mendoza, the administrator of La Granjita Market in the north east of Panama City, said her supplies of fresh fruit and vegetables from Cerro Punta in the western Chiriquí region, which is cut off from the capital by road blocks, were running low. “There is little I can get,” she said on Monday.

Enrique de Obarrio, a lawyer, businessman and activist, said the crisis was “the worst since the final days of dictatorship” of Manuel Noriega in 1989 and that daily losses were “in the millions”.

President Laurentino Cortizo, who took office in 2019, traveled to Chiriquí on Friday to meet indigenous people, who make up 12 per cent of the population and who have blocked part of the Interamericana, the only highway that runs across the country.

Cortizo said following the discussions: “I met with the leaders to listen to them and find spaces for dialogue that allow social peace and the full participation of all sectors of the country.”

The government seemingly agreed a proposed reduction in the price of petrol to $ 3.25 per gallon with umbrella group the National Alliance for the Rights of the Organized People (Anadepo) over the weekend, but Anadepo on Monday said it had signed under pressure and that protests would continue.

Toribio García, a leader of the semi-autonomous region of Ngäbe-Buglé Comarca, directly to the east of Chiriquí, told Radio Panama on Monday lowering fuel costs to any higher than $ 3 was “not negotiable”.

The talks were the latest effort by the president to quell the unrest.

He initially responded to the protests on July 11 with subsidies to freeze the price of fuel at $ 3.95 per gallon and hold down the cost of basic food items, including canned tuna, rice and white bread. A day later came restrictions on expenses and foreign travel by government workers, along with proposals to reduce the state payroll by 10 per cent, aimed at cleaning up the state’s corrupt image.

The 69-year-old president is also struggling with health problems, having been diagnosed last month with myelodysplastic syndrome, a type of cancer. The president said on July 10 his prognosis is good and that he will serve his full term, which is set to expire in 2024. Should he resign, vice-president José Gabriel Carrizo – who led the government’s negotiations at the weekend – would be next in line to take over. The Catholic Archbishop of Panama Jose Domingo Ulloa has mediated.

The turmoil has led to frustration in Panama’s business community.

Antonio Paniza, who runs 4×4 Volcán Barú, a tourism travel agency in the mountain town of Boquete, said tourists who had booked his services have canceled after being stuck in road blocks. “We agree that we must fight for our country, so that we have equality, but this has already got out of control,” Paniza said.

Panama has yet to feel the full economic hit. GDP grew by an impressive 13.6 per cent year on year in the first quarter of 2022, according to the Comptroller General, driven in part by an increase in income from the Panama Canal. The canal has so far been unaffected by the protests. 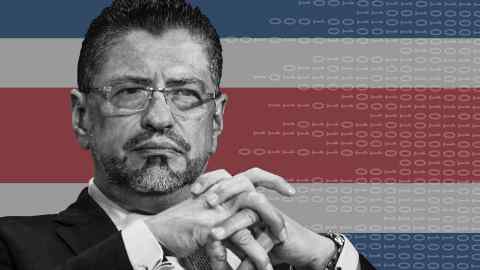 Some think without more fundamental political reform, protests will continue, arguing that many facets of the Noriega regime, including the constitution and the electoral system, remain in place.

Carlos Guevara Mann, a political scientist at Florida State University Panama, said the crisis was a “direct result” of the “political system installed during the dictatorship” and that any solution required a transparently elected assembly “in which clientelism and corruption have no involvement “.

“Although this initiative will not come from the political leadership, a popular movement might bring it about,” he added.