“The increase in efficiency these digital solutions provide will allow Norse Atlantic to increase on-time performance and maintain a low-cost base. The technology will also enable us to reach our goal of a fully paperless flightdeck environment,” Thom-Arne Norheim, Norse Atlantic Airways Chief Operational Officer, said in a statement commenting on the airline’s adoption of several Boeing digital services and applications revealed during the 2022 Farnborough International Air Show. (Photo courtesy of Boeing)

While none of the world’s largest commercial aircraft makers announced any avionics-specific upgrade or modernization deals with airlines during the 2022 Farnborough Air Show this week, several operators continued a trend that has become commonplace for major international air shows by signing up for flight operational and maintenance-focused digital applications and services.

Aside from the collection of new aircraft deals signed by Boeing this week, the company also announced five airlines — Air France, Albawings, Corendon Dutch, Norse Atlantic, and Virgin Atlantic — that signed up for digital services and applications to be provided by Jeppesen, a subsidiary of Boeing Global Services. Jeppesen FliteDeck Advisor, a flight optimization tool, is now being operated by 17 total airlines after adding Albawings, Corendon Dutch, and Virgin Atlantic to the growing list of end-users.

During a trial on Virgin Atlantic’s 787 fleet, for example, the airline found that FliteDeck Advisor “delivered cruise fuel savings of 1.7%, saving approximately 1,900 kilograms of CO2 per flight across the three-month trial,” according to Boeing. 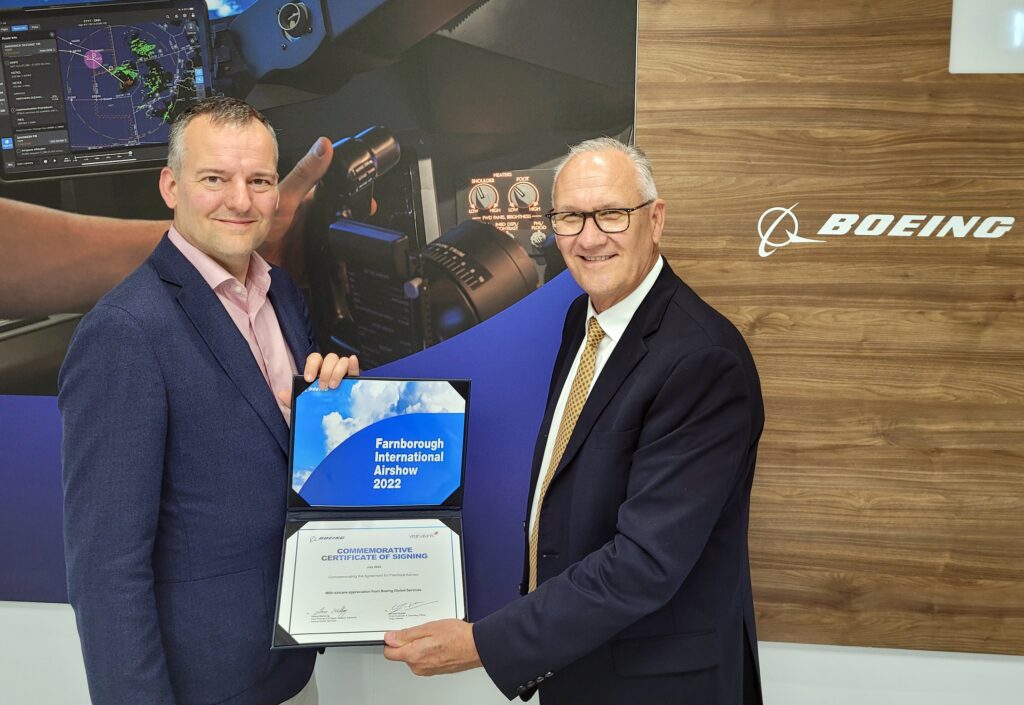 “In a joint effort between our pilots and the back office we now have a great insight on fuel consumption and enabling fuel savings and reducing carbon emissions,” Corendon Dutch Airlines Director of Flight Operations, Peter Nanninga, said in a statement.

Jeppesen describes FliteDeck Advisor as being capable of analyzing “tail-specific” flight performance recommendations that are “superior to those in the flight management computer and flight planning systems.” By analyzing route-specific data relative to a pilot’s originally filed flight plan, the electronic flight bag (EFB) application considers a wide variety of variables to include fuel burn, time savings, and other airplane type-specific performance metrics to suggest the most optimally available flight plan.

Air France also signed a five-year contract for Jeppesen Crew Rostering. Boeing revealed some of the digital tools that Norse Atlantic Airways is using within its all-787 fleet. These include Jeppesen’s FliteDeck Pro and Onboard Performance Tool (OPT) as well as “Ops Data and FMS NavData” according to Boeing. 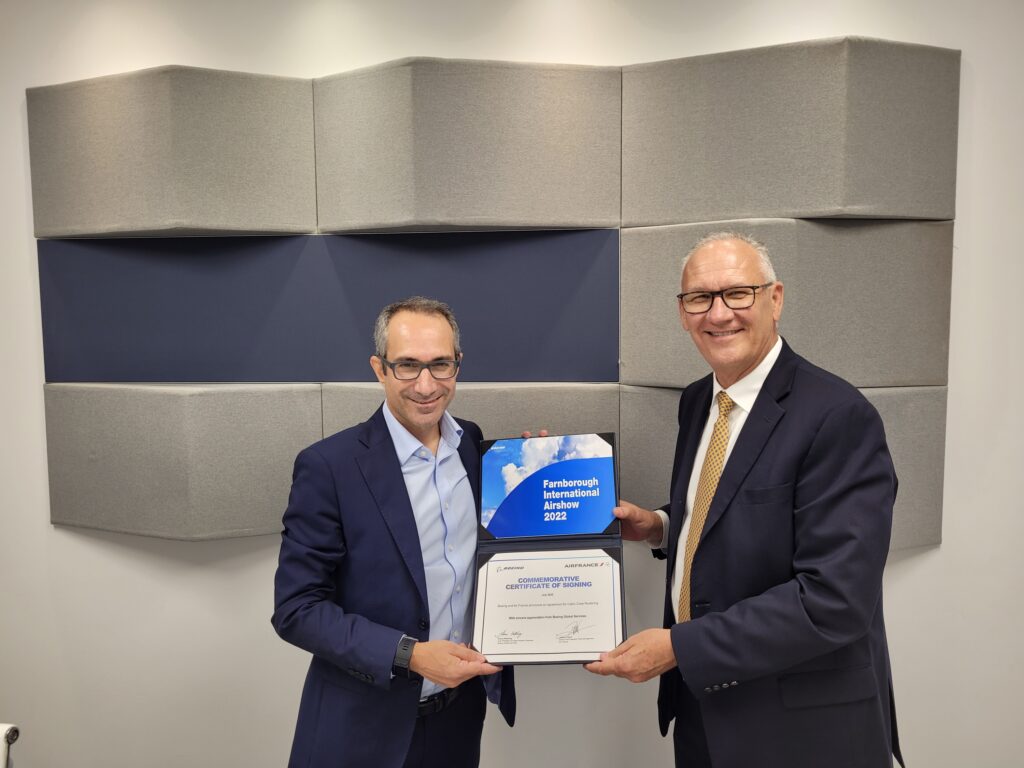 “The increase in efficiency these digital solutions provide will allow Norse Atlantic to increase on-time performance and maintain a low-cost base. The technology will also enable us to reach our goal of a fully paperless flightdeck environment, ”Norse Atlantic Airways Chief Operational Officer Thom-Arne Norheim said in a statement.

Supporting the growth of new digital applications and services across various segments of the aviation industry was also a central focus of the new $ 50 million investment in AEI HorizonX announced by Boeing. The investment is for a new joint venture between Boeing and private equity firm AE Industrial Partners that will serve as an anchor to AEI HorizonX’s second venture fund— “Fund II” —that is planning to raise $ 250 million to support the growth of “promising start -ups in future mobility, space, sustainability, digital enterprise applications, ”according to Boeing.

“The future of aerospace is digital, sustainable and autonomous,” said Marc Allen, Boeing’s chief strategy officer. “This new Fund II builds on the foundation we have with Fund I and positions us to significantly expand our strategic access to disruptive technologies critical to shaping and realizing that future.”