MADRID (JTA) – The typical menu at Xerta, a Barcelona restaurant that earned a coveted star from the Michelin Guide, reads like a haute-cuisine treyf banquet: non-kosher dishes such as lobster, squid and oysters.

Yet the restaurant has become a hotspot for Barcelona’s small number of kosher-keeping Jews. That’s because with a little advance notice, Xerta will prepare food according to Jewish dietary laws in a separate kitchen, under the supervision of a local Chabad-Lubavitch rabbi.

The restaurant pursued kosher certification, which makes Xerta the only Michelin-starred kosher restaurant in the world, largely to attract Barcelona’s rising numbers of Jewish visitors. But until recently, no tourists had come.

“At the moment, we cannot account for a [kosher] supply-demand relationship, but we believe it is because of the difficulties brought by the pandemic, ”Irene Montagut, Xerta’s press officer, told the Jewish Telegraphic Agency in May. “We’ll have to wait and evaluate what happens from now once tourism resumes and the country’s travel freedom improves.”

Now, a busy summer travel season is underway, with pent-up wanderlust leading to packed planes and airport chaos. For Spain’s Jewish tourism industry, the travel mayhem could not have come sooner, as Xerta is far from alone in counting on Jewish visitors, and it is not the only institution making changes to woo them.

Barcelona has seen the return of tourists after COVID halted international travel for many. (Courtesy of Barcelona City Council)

Barcelona is rolling out a red carpet for Jewish and Israeli visitors, launching two campaigns – “Shalom Barcelona” and “Barcelona Connects Israel” – to brand the city as a destination for Jews interested in exploring their heritage.

The campaigns follow a push to draw visitors to Girona as well, another Catalonian city in northern Spain that is noted for having one of the best-preserved and most picturesque Jewish quarters in the Iberian Peninsula.

Alexandra Marcó, marketing director of Barcelona Turisme, said her group had observed a 4% growth in tourism from Jewish travelers in 2019, just before the pandemic ground global travel to a halt. While the numbers were small, the impact of those tourists was significant, she said.

“These are culture-seeking, high-spending vacationers,” Marcó said. “Given the significance of the city’s Jewish heritage, it seemed a pity not to have a specific tourism package for this market, which is especially fond of this cultural heritage.”

To devise its campaigns, Barcelona’s city council sent a delegation to Tel Aviv in March for Israel’s largest tourism fair. There they met with Talma Travel, Israel’s largest travel agency, and the Issta Active group, which has over 60 offices throughout Israel, to promote what they are calling a new Sephardic marketplace, a portfolio of tourism offers highlighting Spanish Jewish culture past and present. 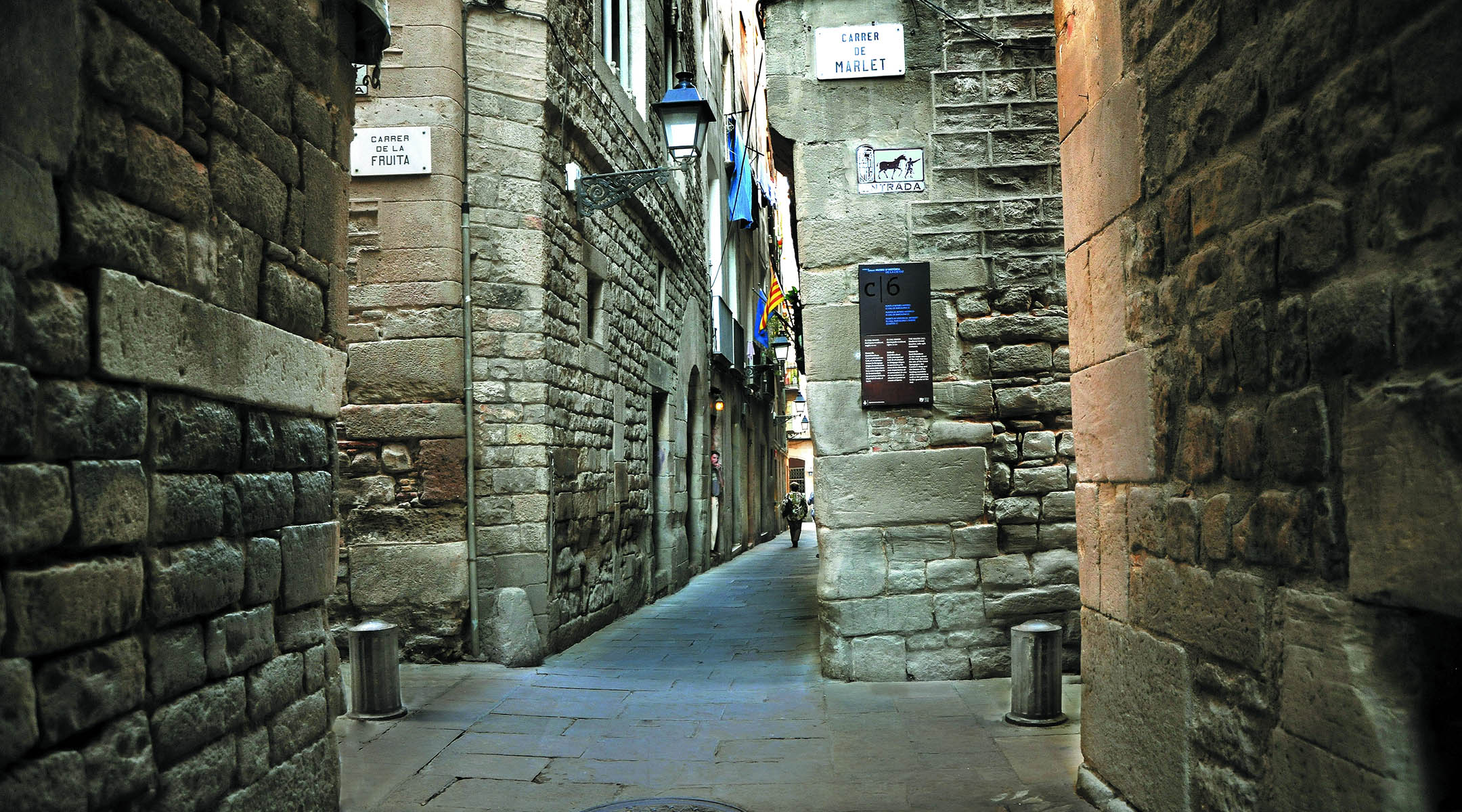 El Call, the historic Jewish district in Barcelona, ​​is known for its narrow streets and cultural heritage sites. (Courtesy of Barcelona City Council)

The tourism campaigns come about at a time of reckoning over the painful history of Jewish Spain, one that community leaders say has too often been told about Jews, rather than by them.

“In Spain, Jewish heritage has long been marketed as a tourism product devoid of historical and academic rigor,” said Moises Hassan-Amselem, a lecturer at the Pablo de Olavide University and Jewish tour guide who has been a longtime critic of “heritage” efforts in Spain. “Jewish communities haven’t even been approached to be part of these projects.”

Want more international stories in your inbox? Sign up for JTA’s Around the World newsletter.

That approach appears to be changing, with both greater Jewish involvement in shaping historical destinations for tourists and more emphasis landing on the contemporary Jewish experience in Spain.

In one prominent example, visitors who stop by Casa Adret, the oldest house in Barcelona, ​​will do so on a street newly renamed after Salomó ben Adret, a 14th century Barcelonian Talmudic scholar. Until 2018, the street had been named in honor of the assault that killed hundreds of local Jews and resulted in the forcible conversion of thousands of others including Astruch Adret, the Jewish businessman who was forced to sell the property in 1391. The name change in 2018 was the result of an extended campaign by the local Jewish community to turn the house into a Jewish cultural center, with the goal of restoring agency over Spanish Jewish history to living Jews in Spain. 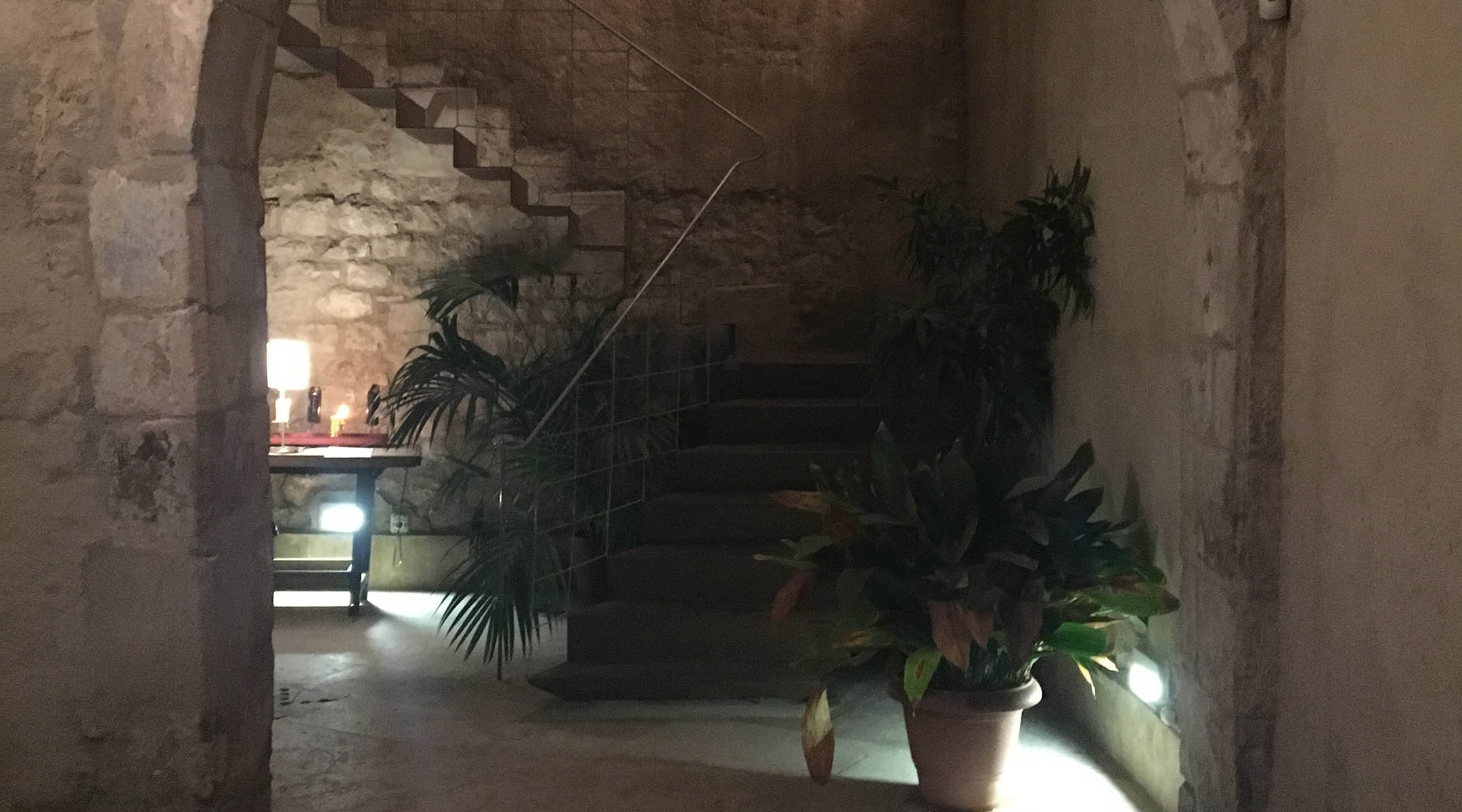 Casa Adret, the oldest house in Barcelona, ​​was once owned by Astruch Adret, a Jewish businessman who was forced to sell the property in 1391. (Courtesy of Mozaika)

“What historical heritage seeks today is citizen participation; that local communities take ownership and participate in conservation and restoration projects, ”said Victor Sorenssen, director of the European Association for the Preservation and Promotion of Jewish Culture and Heritage, who was one of the leaders of the Casa Adret initiative.

“It should not be up to tourism to lead; it must be a cooperative project from the start, ”Sorenssen added.

Members of Barcelona’s Jewish community, estimated at about 20,000 people, are optimistic about prospects of the city’s new tourism efforts to boost Jewish life, culture and food for locals.

“As long as they are done with respect, all of these cultural projects aimed at engaging and boosting awareness of Jewish life in Barcelona are a positive thing,” said Jacob Daniel Benzaquen, cultural director of the Israelite Community of Barcelona. “It’s critical to do this work because, in general, the relevance that Judaism had and has in Barcelona and Catalonia is largely unknown, not only to the city’s population but also to the community.”

Marcel Odina, director of Mozaika, a Jewish cultural center housed at Casa Adret, says the community is thriving with new projects and experiences for visitors and locals every year. He cited Sefér Barcelona, ​​the Jewish literature festival, and Toldot, a food fair that draws on diverse Jewish culinary traditions, as examples.

“We observe a lot of tourists, both foreigners, and locals, who are astounded by the Jewish vibrancy of young people active in the community, working on projects, and having a thriving cultural life in Barcelona. This is also true among non-Jewish Barcelonians, who believe that Judaism and Jews are a medieval phenomenon; an ancestral tribe that once existed, ”he said.

The kosher dining experience at Xerta is perhaps the most prominent example of contemporary Jewish life to be on view for the first time to the throngs of tourists coming to Spain this summer.

The restaurant, which obtained its kosher certification during the pandemic, joins Barcelona’s three kosher-certified restaurants along with a handful of caterers and Chabad centers serving kosher meals. Unlike those restaurants, which serve traditional Jewish and Israeli food, however, Xerta offers a menu that reflects local Ebro River cuisine.

The restaurant has served up its specialties – which include dishes like artichoke cream with marinated fish – at local Jewish events over the last two years. Now, its operators – and city officials – are hoping that tourists see it as putting Barcelona on the map as a thriving Jewish destination, too.

“One element that has been frequently misrepresented in the tourist narrative is the portrayal of cities like Barcelona or Girona as having a rich Jewish heritage, but just as past history,” Sorenssen said. “Barcelona’s Jewish community has been here for over a century, and this 20th-century heritage is both fascinating and exciting, and it should be shared with the broader public.”