Celebrations for the Queen’s platinum jubilee

Poster for the jubilee celebrations at St Mary’s church.

At Perry Hill on Thursday, June 2, there will be a concert of the Queen’s favorite music at St Mary’s church at 8pm culminating in a beacon lighting ceremony at the top of the church tower at 9.45pm, lit by the winner of the children’s art competition.

On Sunday, June 5, there we will be a commemorative service at St Mary’s church at 10.30am.

In the afternoon of June 5, from 2pm, there will be a street party at Worplesdon Memorial Hall grounds with entertainment from Dynamic Performing Arts, Guildford School of Acting, a ukulele group and children’s activities. The Sime Gallery will also be open.

At Wood Street Village on Thursday, June 2, a beacon lighting ceremony on the green will begin at 9.15pm with a trumpet fanfare, bagpipes and a proclamation. The beacon will be lit at 9.45 pm.

On Sunday, June 5, there will be a jubilee picnic, children’s cricket match, maypole dancing and children’s fun events on the green.

From June 2 to 5 there will be a children’s fun fair on green each day from 1pm to 8pm.

At Fairlands on Thursday, June 2, there will be a community fun day on Fairlands sports field from 3pm to 10pm, including competitions, a bring your own picnic, live music throughout the afternoon, plus a barbecue, beer tent, stalls and children’s races.

In the evening there will be live music by Ding Dong Daddios, with the lighting of a beacon at 9.45pm, ending with a short fireworks display.

The three beacons have been bought by Worplesdon Parish Council.

At Worplesdon View care home On Saturday, June 4, there will be a classic car show by members of the Surrey Classic Vehicle Club, musical entertainment and a platinum pudding competition.

Morning the loss of John Gunner

Wood Street Village resident John Gunner has passed away. For many years he did a huge amount of work for Worplesdon Parish Council.

He farmed 300 acres of land at Willey Green with his son Steve. In 2007 an outbreak of foot and mouth disease saw them lose their herd of Charolais and Sussex cows.

John was a most generous man, with the many things he did to benefit residents often unknown to many. He quietly got on with this work for the heart of the community. He was a “man of the land” and his family and his community were very important to him. 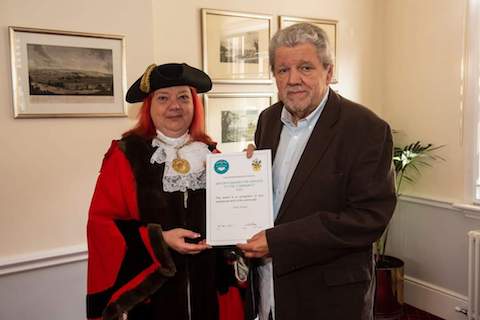 Steve Knight received his award from the outgoing Mayor of Guildford, Marsha Moseley.

He received the award for his volunteering and litter picking in the village. Along with other long-standing villagers, John and his wife Jean are members of Jacobs Well Residents’ Association, which they joined in 1959. 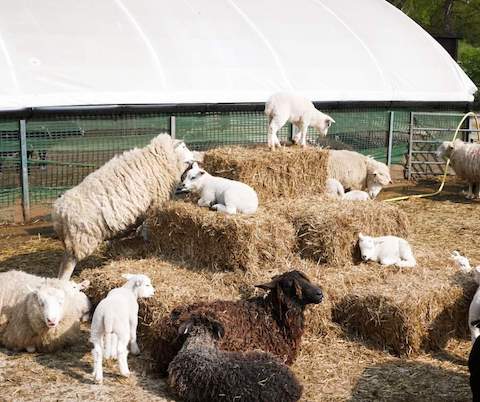 It was a sunny weekend and staff and students showed the lambs, sheep-shearing, gave tractor ride, with stalls, birds of prey on display, animal handing and more. 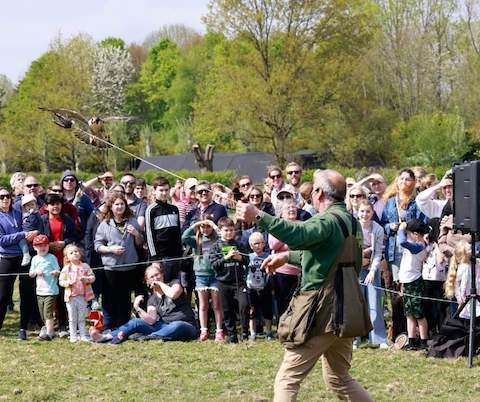 Birds of prey were displayed at the event.

The college, operated by Activate Learning, has been given permission by the Department of Education to rebrand itself as a university centre.

Warning of risk of fires on Whitmoor Common

Users of Whitmoor common are reminded that n dry weather fires can easily start. Notices have been put up to remind users what is not permitted. 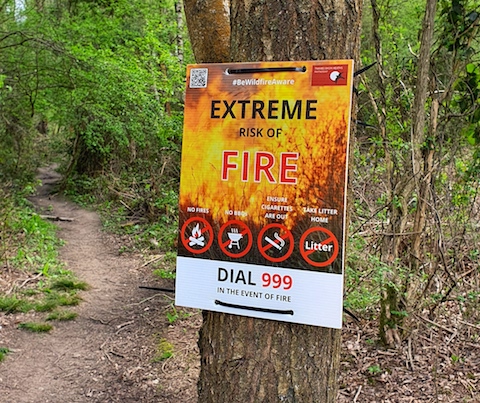 They are a haven for wildlife and May 10 saw volunteers helping to install electric fencing for the grazing of farm animals. 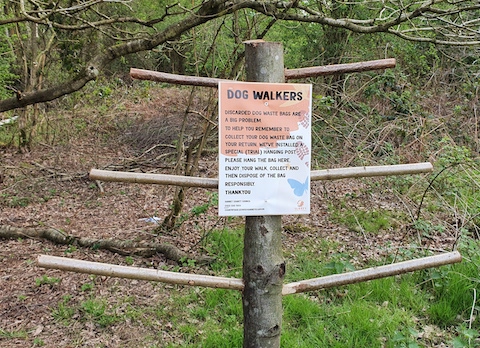 And there is a new initiative to make people clear up their pet dogs’ mess.

It is on the common near Burdenshott Road and is a trial with a wooden post to hang plastic bags of dog mess.

Makeover at the Jolly Farmer pub

The pub in Burdenshott Road has freshly painted walls and new pub sign, and the toilets have been refurbished too. 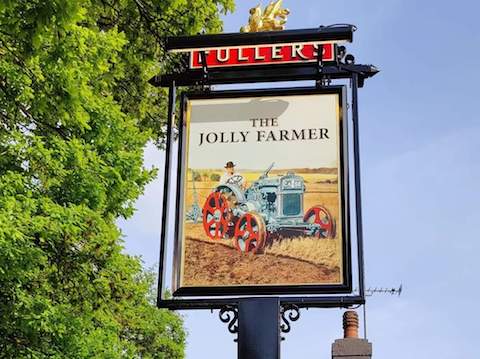 Now the weather is getting warmer, there is plenty of outdoor seating for drinking and dining. Check out the pub’s Facebook page for details of what’s on.

If you visit the Sime Gallery and take a photo of the Jolly Farmer pub’s offer on display there, you can receive 10% off your meal when you visit the pub.

The Worplesdon Place hotel and restaurant at Perry Hill will be celebrating the Queen’s platinum jubilee over the extended bank holiday, as will the Royal Oak at Wood Street Village with its “Right Royal Weekend.” 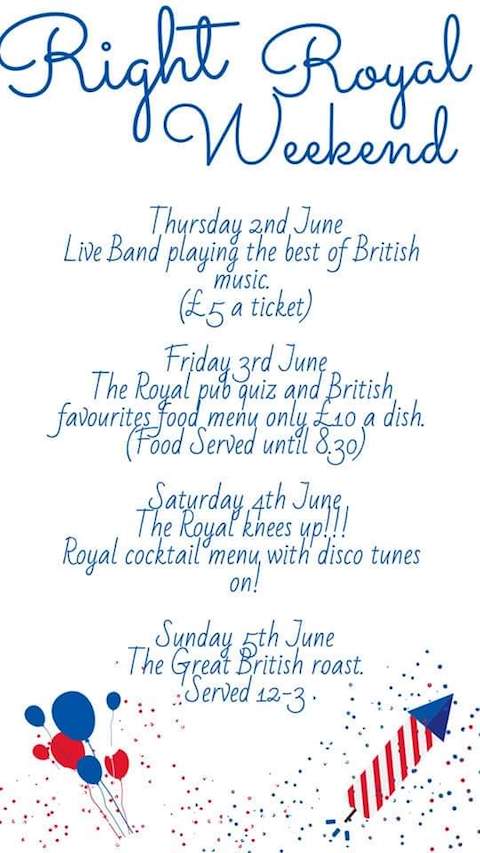 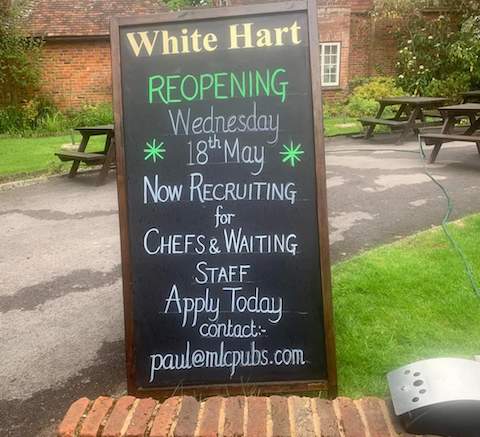 The White Hart pubs is reopening on May 18.

The White Hart pub in Wood Street Village is reopening on Wednesday, May 18. See picture sbove.

These had recently been planted by volunteers and councillors. Some were salvaged.

However, other vandalism has also been observed in neighbor Burpham, with some residents claiming teenagers were to blame.

Dancing around the maypole

Leading the children to the maypole.

Eighteen children took part led by Catherine Antcliffe on the concertina. She has played for the maypole dance for over 25 years. Flautist Sarah Persin also accompanied the children as they made their way to the maypole. 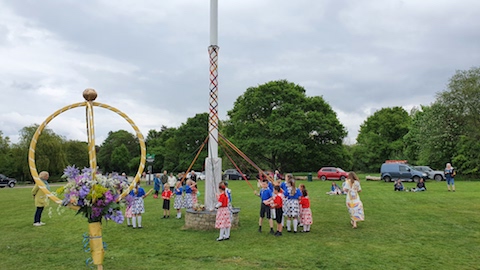 The dance on the green.

Janet Sutton has been teaching children maypole dancing for over 20 years, along with Julia Trinicks, and more recently Victoria Fear. 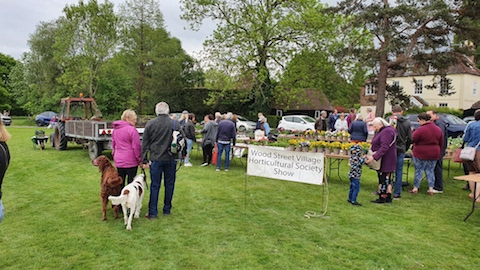 The rain held off and the horticultural society held a plant sale.

Wood Street Village’s annual show on the green is taking place on Saturday, July 16, and on Sunday, July 17, there will be a car boot sale from noon and the annual jazz festival from 12.30pm to 5.30pm, with food provided by the Shahin Tandoori Restaurant from Woodbridge Hill.

There are monthly tea afternoons at the hall. Send an email to nick@nfcol.com for details. The cost is £4 per head. There will be bingo at the social club in the hall on May 21 and a race night on May 28. 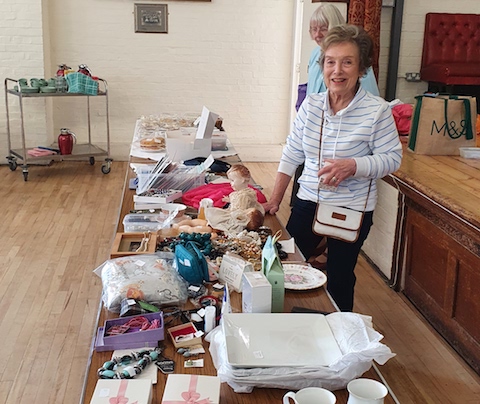 There was plenty to choose from at Worplesdon Women’s Institute’s nearly new sale recently and the group meets on the first Wednesday of the month at 2.30pm at Worplesdon Memorial Hall.

New members always welcome. At its meeting on Wednesday, June 1, the guest speaker will be David Rose giving his weather-themed illustrated talk, Guildford’s Stormy Past.

Worplesdon Pre-school, at the memorial hall at Perry Hill welcomed new children after the Easter holidays.

They were introduced to a wealth of different activities indoors and out. Its annual sports day will be on July 22, the last day of term. Anyone looking for a place in September for young children are asked to send an email to: preschoolworplesdon@gmail.com

Residents at Worplesdon View care home have been helping to plant sunflower seeds, wildflowers, all adding to its gardening programme.

This is therapeutic and in addition to the care home’s varied program of activities for residents to take part in.

It held themed activities at Easter and on St George”s Day; and there has been a visit from animal encounters Zoo Lab, in which one of its presenters brought along a range of animals for residents to hear about and to hold.

News from the Sim Gallery

Trustees of the Sime Gallery, at Worplesdon Memorial Hall, will be visiting HMP Prison Send to see an exhibition by inmates titled Our Time.

The gallery will be taking part in the Heritage Open Days over the weekend of September 9 to 11.

The gallery is open on Wednesdays and Sundays, 2pm to 4pm as well as its Ta Ta cafe. 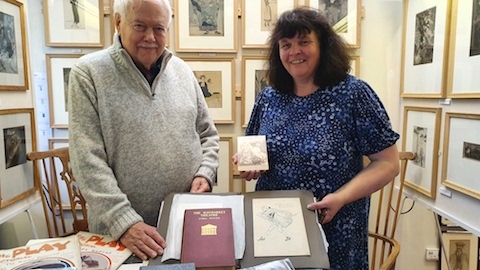 It is grateful to actor Michael Gaunt, also a former principal of Guildford School of Acting, for his gifting to the gallery of theatrical actor and actress pictures, programs and books, which will enhance the theatrical caricatures Sidney Sime drew.

Thumbs up for golf course 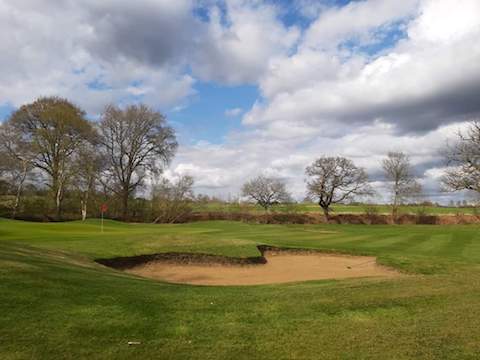 Merrist Wood Golf Club was busy over the recent bank holiday weekend. It has received positive comments from golfers to Paul and his grounds staff who have been working hard over recent months.

One person said the course has been much improved as its new owners continue to make further improvements.

Parish council chairman to step down

It was announced at Worplesdon Parish Council’s meeting on April 7, that chairman Paul Crag is stepping down.

Paul became chairman in 2012 and has been thanked for his service over the past 10 years.

There is also a vacancy for another counciller as Amanda Creese (Jacobs Well) has resigned.

Nominations for the chairman and vice-chairman are Cllr Nigel Mitchell and Gordon Adam, respectively. A vote will take place at its meeting on May 19.

Along with latest planning applications in the area being scrutinised, other topics on the council’s agenda include road works on Clay Lane and Holly Lane, antisocial behavior on Wood Street Village green and a tree planting request, maypole dancing risk assessment, playground inspections, flood forum meetings, and a replacement tree at Pitch Place. 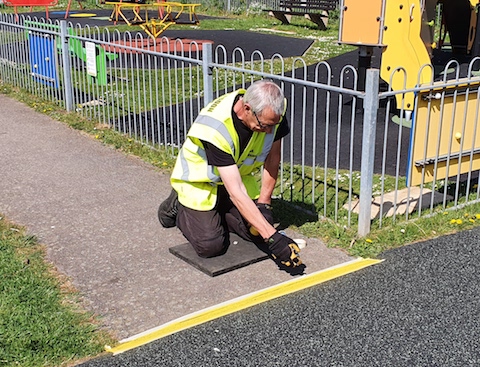 Neatly does it with the painting of yellow lines.

Parish groundsman Peter has been painting yellow lines at the playground at Perry Hill. 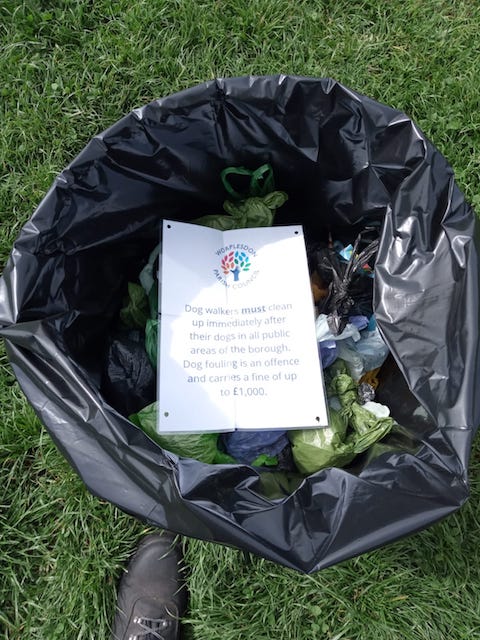 Bin with a dog mess sign thrown in it.

However, on his weekly checks he discovered recently applied dog fouling signs on litter bins in the parish had been ripped off and put in the bins!. 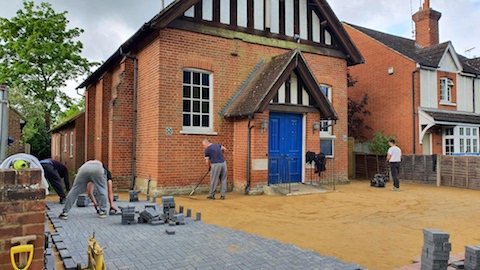 The Guildford Muslim community, that has bought the redundant United Reformed Chapel at Rickford, has seen work to remove railings and a wall and laying brick paving to create space for parked cars.

What goes around goes on TV

The spring flowers on the roundabout at the top of Holly Lane were featured on a weather report on ITV’s Meridian TV station. 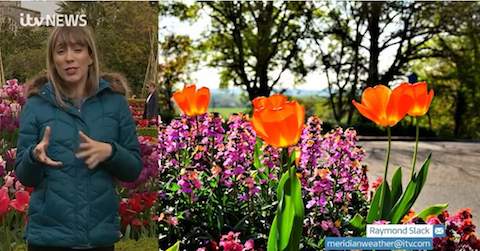 They were photographed and sent to the TV station by Ray Slack of Guildford.

Meridian TV covers a large part of the south and south East of England, except for the London area, which of course many people in the Guildford area receive as their ITV channel.

Guildford Borough Council plants up and maintains the planters at this roundabout as well as others in the borough.

St Mary’s and St Alban’s churches have reintroduced the sharing of the chalice by parishioners when taking communion.

This had been suspended when services resumed following lockdowns due to the pandemic.

Volunteers are needed within the church parish and you don’t have to be a church-goer to get involved.

Roles included stewarding at services, putting up posters on church noticeboards and admin work if you have computer skills.

Not an invasion of giant moles! 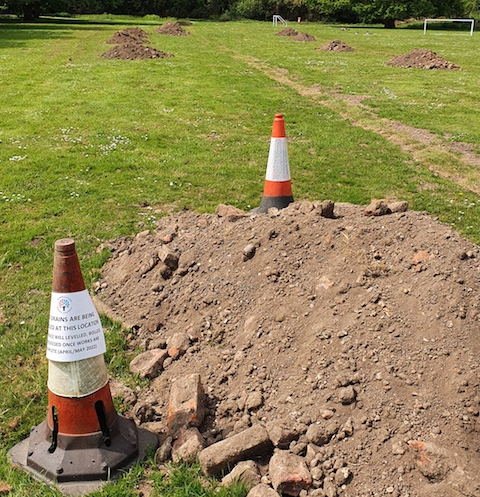 Mole hills they are not!

It’s ok, Jacobs Well doesn’t have an invasion of giant moles. The mounds of earth have been piled up during land drain repairs and they will soon be levelled out. 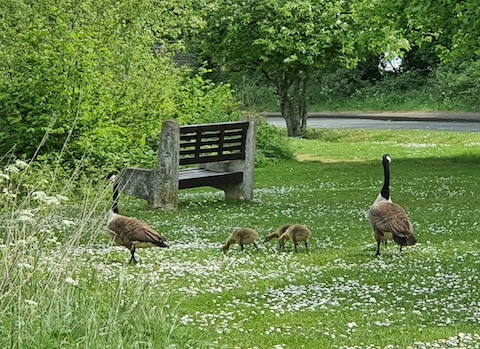 Canada geese and their goslings.

While there is also a lovely family of three goslings with their parents, pictured here while enjoying a sunny day recently.