Vast fields of grain and corn are part of the typical Dutch landscape. But what does agriculture of the 21st century look like? Which crops belong to the future? In the Fascinating innovation program based in Groningen, northern Dutch parties are working together to find answers to these questions. One of the projects focuses on research into plant protein crops. “Who knows, soon we might see fields full of field beans,” says Tjeerd Jongsma, director of Fascinating.

Groningen is very much an agricultural province. Farms have been here for centuries and it has an extensive agricultural infrastructure. Now parties from the north of the Netherlands want to innovate the food supply even further. In the Fascinating (Fascinating (Food Agro Sustainable Circular NAture Technology IN Groningen) project, agrifood companies such as Agrifirm, Avebe, Cosun and FrieslandCampina are working together with knowledge institutions, amongst others, the University of Groningen (RUG), on the ultimate goal of making the agricultural sector ‘future-proof’ within ten years’ time. As in, a circular agricultural sector which is healthy and sustainable, and which will also yield good harvests for farmers.

“The agricultural sector has so far focused mainly on efficiency,” Jongsma explains. “On the one hand, that makes sense. The world population is growing, so more and more food needs to be produced. But we also have to deal with the climate issue, with changing biodiversity and with soil impoverishment. How do we see to it that we produce enough healthy food while having as little impact on the climate, the environment and nature as possible, and also bear in mind the revenue model of farmers? It is a joint quest in which all parties participating in the program, from the entire chain of food supply, are working on together.”

Products high in calories and low in nutrients general our health in the long term. This is why, as far as fascinating is concerned, market and nutrients are keys to making sustainable agriculture demand. For one thing, proteins are at the heart of the program. After all, these form part of a healthy diet.

Cosun, a cooperative that processes arable crops and other plant-based raw materials, is studying in one of the projects which new protein crops are the most promising. Among other aspects, it is looking into which crops are the most profitable. Around sixteen different protein crops are currently being studied at four sites, including field beans, peas, clover, alfalfa, lupin and hemp. The program was launched in 2021. In the meantime, results are in from the first studies conducted by the companies.

Want to be inspired 365 days per year? Here’s the opportunity. We offer you one “origin of innovation” a day in a compact Telegram message. Seven days a week, delivered around 8 pm CET. Straight from our newsroom. Subscribe here, it’s free!

“These have already clearly shown that field beans in particular are a good candidate. So who knows, we might soon see this crop in the fields in the region, alongside traditional crops such as sugar beets, potatoes and grain,” Jongsma notes. 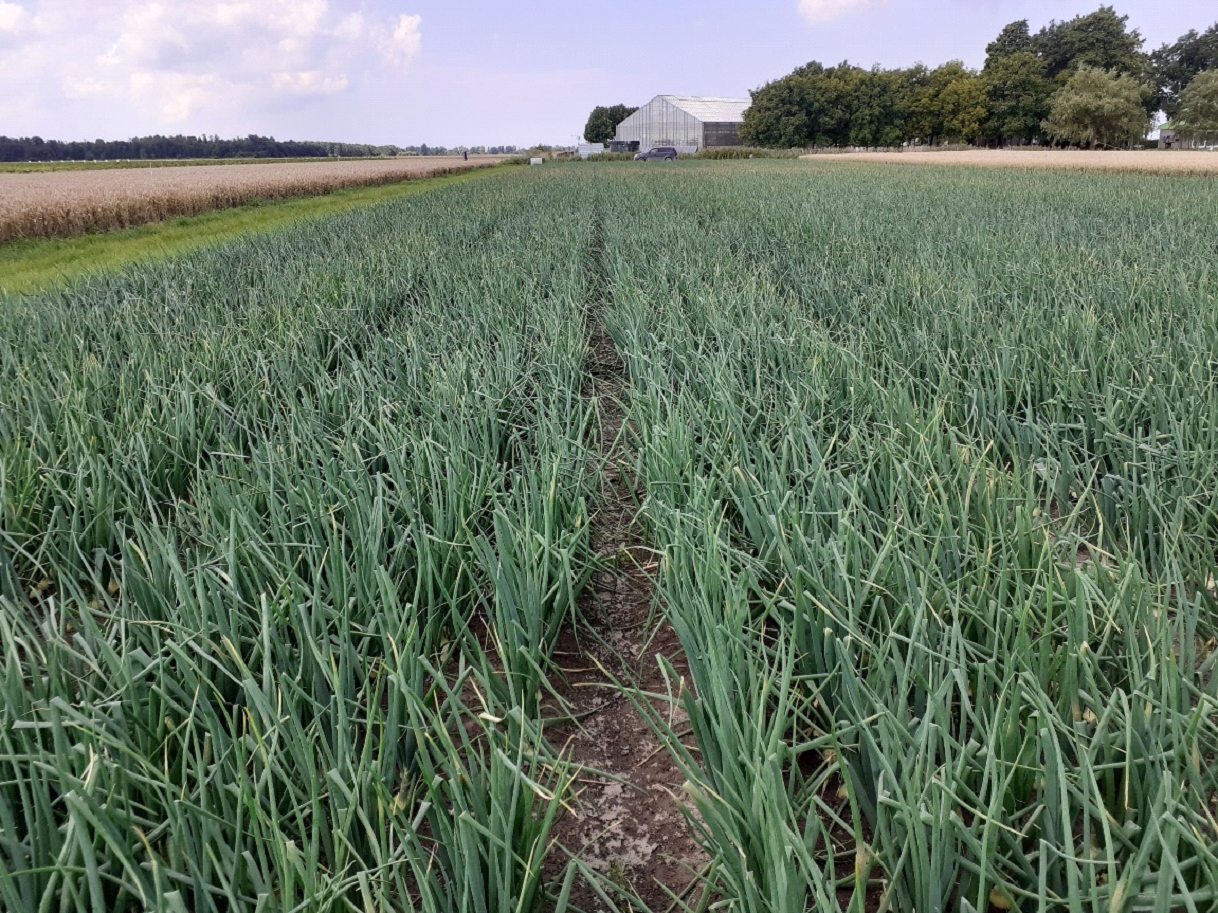 During the SalFar project, experience was gained in growing traditional crops under saline conditions on more than 20 test fields.

More agricultural innovations are being worked on in addition to these practical trials. Within the Groene Mest Groningen project, (Green Fertiliser Groningen), the Agrifirm agricultural cooperative is working on developing ways to make the cultivation of crops profitable when the prices for artificial fertilizers and organic manure are rising. For instance, they are looking at ways to re-capture self-produced nitrogen by using leguminous plants or applying plant-based fertilizer (crops that are mawn, shredded, and used as a crop fertilizer on fields other than where they were grown).

Proteins in the human body

Scientific research into healthy nutrition is also a focal point within the program. Researchers and students from The University Medical Center Groningen (UMCG) and the University of Groningen (RUG) joined the program for this reason. “How do we make the step from quantity and processed food to a qualitatively better variant? And how can we translate a healthy diet into our agricultural system? These are questions that we need to find answers to in order to determine how to produce food in the region in the future,” Jongsma explains.

Plant-based proteins are playing an important role in the Western diet. For example, more than half of the Dutch population says they are now flexitarian. “The answer to the question of what constitutes healthy food lies partly in the production of plant-based protein,” Jongsma says. “I think the consumption of plant-based products is only going to increase over the coming years. You can see this just by walking through a supermarket and seeing how much the range of meat substitutes on shelves has expanded in recent years. But animal proteins will also continue to be part of our diet. At present, we do not yet know which foods, ingredients and supplements will ultimately offer the most potential. In the end, the right balance between livestock farming and agriculture will ensure healthy food, low emissions and keep an eye on the climate and the environment.”

You can read other stories about Groningen via this link.