FRESHLY planted flowers and vegetables need to be properly cared for to thrive in home gardens.

But there are three things that could damage these plants unless kept away.

Sam from Urban Plant Life Garden center – Dublin’s only city-based garden center – warning which living beings need to be kept away from plants.

The gardening expert said children, pets and slugs can wreck havoc in gardens if given full access to plants.

Children, especially, during the summer months will enjoy being outside and playing in the garden.

But if they are playing sports, like football, they should be warned to keep away from plants as one wrong kick could damage a thriving plant. 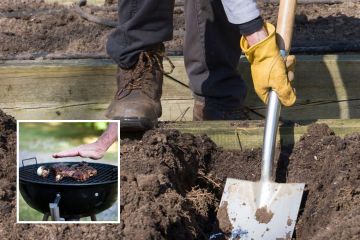 He told the Irish Sun: “You have to bear in mind, kids like to play in the grass and kick a ball.”

Loveable pets, such as cats and dogs, can also be a menace around garden plants – but they can be easily kept away and encouraged to stay in other areas of a garden, according to Sam.

“he garden expert said: “If you are using your own garden, you have to be aware that there could be dogs and cats and you want to protect the soil because you don’t want dog poo or cat poo in the area that you ‘re going to be planting vegetables.”

He added: “You can buy a product for getting rid of cats and dogs, but often a little bit of light fencing is good, netting or even chicken wire.”

Most read in The Irish Sun

Finally, pesky slugs can be a major problem in the garden, eating holes in leaves, stems, flowers, tubes and bulbs.

These should be kept away from plants as they can cause serious damage is left to take over.

Sam said: “You have to keep the slugs away too. There’s organic pellets. Keep the pests away!”

Sam also offered a few sustainable fertiliser options, that can be found in most Irish homes.

The first is used tea bags, which Sam says can be used to fertilize plants.

He told the Irish Sun: “All that sort of stuff is good. Teabags, I do it myself a bit because it rots and decomposes and it’s sort of like a fertiliser. It’s disposable.”

The second is eggshells, which otherwise could end up in the bin. When crushed up on put onto the soil they can provide extra calcium to plants. 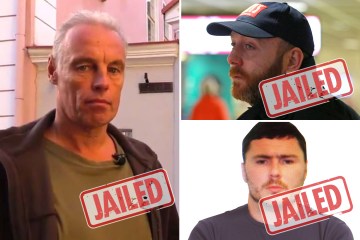 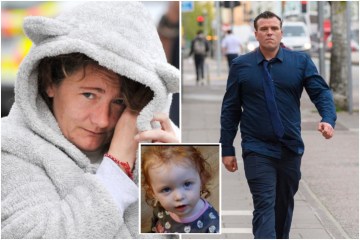 And the third is the left over charcoal from a used BBQ, which when spread over trees and shrubs can also benefit the plant.

Sam said: “Some people often use egg shells. Or if you had a BBQ, BBQ dust and remains – you can spread that over trees and shrubs and it acts as a fertiliser.”