stream/download this segment as an MP3 file

While the majority of animals killed by Wildlife Services are invasive species, some native species like the gray wolf are also in the line of fire. (Photo: Property #1, Flickr, CC BY-NC-ND 2.0)

Wildlife Services, a division of the US Department of Agriculture, killed an estimated 1.75 million animals in 2021, including bears, wolves and beavers among 400,000 native animals. USDA claims these exterminations protect agriculture and public health, but opponents say there are better ways to deal with animals that present problems for humans. Collette Adkins, the Carnivore Conservation Director and Senior Attorney at the Center for Biological Diversity tells host Bobby Bascomb about the harms of these killings and offers more humane options for preventing animal-human conflicts.

Wildlife Services, a division of the US Department of Agriculture, killed 1.75 million animals in 2021. The majority of the animals culled are invasive species that can cause environmental damage but over four hundred thousand of the animals killed were native species including bears, beavers, and vultures. The agency claims these exterminations protect agriculture and public health. But opponents say there are better ways to deal with animals that present problems for humans. For more, I’m joined now by Colette Adkins, the Carnivore Conservation Director and Senior Attorney at the Center for Biological Diversity. Colette, welcome to Living on Earth.

ADKINS: Thank you for having me.

BASCOMB: So as I understand it, the vast majority of these animals are invasive species, including European Starlings–that’s the majority–and feral pigs. Invasive animals, as we know, can be damaging to native ecosystems. So, you know, culling them, I think we could understand maybe the reasoning behind that. But plenty of the animals killed are actually native, like gray wolves and beavers. Why is that? What’s going on here?

ADKINS: Yeah, it’s so frustrating that, you know, even really ecologically important, and even rare animals are targeted by Wildlife Services. You know, hundreds of wolves, I think it was about 24,000 Beavers. So you know, it depends species to species in terms of like, why they’re doing this. But for example, coyotes, about 60-70,000 are killed each year, shot and trapped, poisoned. Wildlife Services says they need to do this to protect the livestock industry.

BASCOMB: And beavers, I would assume are flooding agricultural land, that sort of thing?

ADKINS: Yeah, that’s right. You know, beavers build dams in places people don’t like that could flood a roadway, or maybe they chew on some tree in a park. But there’s methods like for example, if there’s trees that need to be protected, you can wrap them very cheaply with like a chicken wire. Or with these dams, there’s these devices called “Beaver Deceivers” that can allow them to do their instinctive dam building, but still allow enough flow through the dam to prevent any flooding of roadways. For almost every excuse Wildlife Services gives, the conservation community can come up with a slew of alternative methods that they could use that wouldn’t involve just killing the animals. 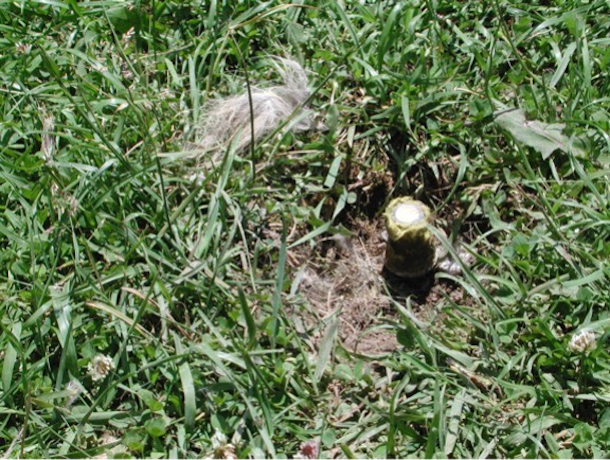 BASCOMB: And what kind of alternatives can you offer for you know, people that have a lot of livestock that might be vulnerable to wolves or coyotes?

ADKINS: First of all, let me emphasize that only a very small percentage of farms do have problems with wildlife because most of them just do these good sense practices. Usually, when farms have problems with predators, it’s because there’s attractants there. So for example, if you’ve got a dead animal, just not leaving it out in the pasture, you know, the smell of a carcass will attract a predator. Or if you have vulnerable animals, like cows that are calving, to bring those into the barn, instead of leaving them out in the field, or making sure that wounded or sick animals get prompt veterinary care. There’s a lot of scare devices that can be used, like motion sensing lights, or sound devices that would scare away predators. And then things like guard dogs or fencing, or just having humans around. I mean, we all know just from our experience with wildlife in the woods, they don’t like people, they’re scared of us. So if you have activities that either simulate human presence, like flashing lights or noise, or have people around, you’re not gonna have a problem with predators.

BASCOMB: And then if you do all of those things, and still have, you know, a problem with predators, there is a case to be made for the federal government maybe reimbursing ranchers instead of, you know, going through the expense of killing predators and all of the, you know, ecological problems that might be associated with that?

ADKINS: Yeah, I think that, you know, we are supportive of compensation programs, especially when it’s federally protected animals that are doing the harm, like wolves or grizzly bears. But some of this really should be considered a business expense. You know, every business has some losses. And I don’t think the federal government needs to be tasked with making the livestock industry even more profitable than it already is. 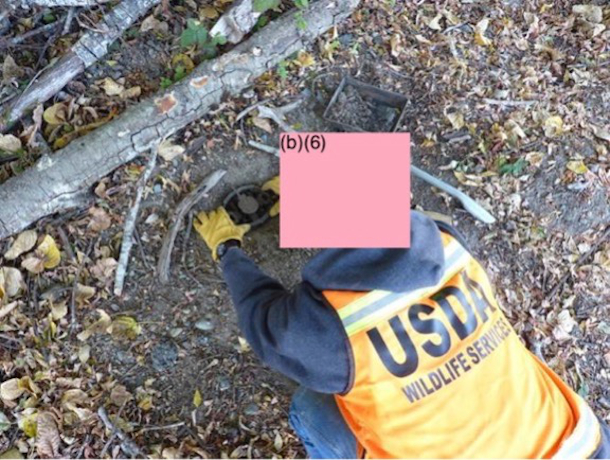 BASCOMB: Did you just say that some animals that are federally protected are still on this kill list from Wildlife Services? How is that possible?

ADKINS: Well, the Endangered Species Act has two levels of protection: “threatened” and “endangered.” And for grizzly bears, for example, they’re listed as “threatened.” And that allows federal agents to kill grizzly bears to protect livestock. And in Minnesota where I live, wolves have “threatened” status. So Wildlife Services will come out to farms and ranches and, and shoot and trap wolves.

BASCOMB: And when these native species are killed, what are the potential effects within the ecosystem? I mean, we’ve been talking a bit about predators here, you know, like apex predators are pretty important to their ecology.

ADKINS: Oh, for sure. These are terribly important animals that we’re talking about here. Take these apex predators, for example, in Yellowstone, got elk moving, and that reduced the amount of over-browsing the elk were doing along river ways. And that led to increased diversity of songbirds, it allowed the willows near the rivers to grow up and stabilize the banks, it actually ended up changing the way the rivers flowed. You know, beavers have the same sort of, they call them trophic cascades, these you know, ripple effects. So beavers for example, they create these flooded wetland areas and slow moving water that are just ideal settings for you know, really important animals like endangered salmon, but also things like waterfowl and other native freshwater fishes. These are animals that are doing us services, ecological services, and we shouldn’t be so trigger happy honestly, when it comes down to it. We should find ways to coexist with these animals. 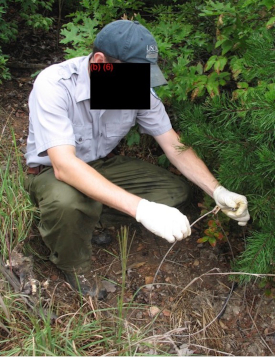 Neck snares have been successfully banned in some areas due to legal action taken by the Center for Biological Diversity. (Photo: USDA APHIS Wildlife Services)

BASCOMB: Now, I suspect I don’t really want to hear the answer to this question, but I must ask it anyway. How are these animals being killed frequently?

ADKINS: Well, that’s the thing that for me personally, is just so objectionable about it is that these methods, they’re not only indiscriminate, in many cases, killing the animals that aren’t even targeted. But they also cause immense suffering. But in terms of like the indiscriminate nature, just last year, Wildlife Services killed more than 2700 animals that they didn’t even try to kill. That’s because the methods that they use–things like strangulation snares, and leghold traps, and poisons will kill whatever comes across the device. So consider, for example, these neck snares. These are intended to strangle animals to death. Foothold traps, I mean, we’ve all heard of those awful stories of animals chewing their legs off to free themselves. It just is– it’s horrible to think about. And then poisons. Poisons that pose a threat not only to animals, but even people. For example, M 44 cyanide bombs. These are some of the most controversial devices that Wildlife Services uses. This year marks the five year anniversary of an Idaho teen who came across one of these in a field behind his house. He thought it was a sprinkler head. He bent down and kind of plucked at it and it shot out toxic cyanide powder. He was temporarily blinded, his dog died. It’s really a tragic situation.

BASCOMB: What kind of pushback, if any, are you seeing from state or local municipalities in response to these practices by Wildlife Services?

ADKINS: That’s one thing that’s left us feeling pretty hopeful that we are gonna see an additional change. So for example, Oregon passed a state law that banned use of those M 44 cyanide bombs. There’s other states too, that now don’t use them anymore. California and Arizona are examples. Sometimes individual counties or even cities, led by a few outraged citizens that find out about Wildlife Services, will get local ordinances or even just canceling the contracts. So here in Minneapolis where I live, people found out how many beaver Wildlife Services were killing, got the city to revise its contract with Wildlife Services to only allow non lethal methods like wrapping those trees in the parks that Wildlife Services was killing the beavers for chewing. And in response to litigation too, that’s one of the roles that we play at the Center for Biological Diversity is trying to hold Wildlife Service’s accountable to these federal laws like the Endangered Species Act and the National Environmental Policy Act. We’ve had success in lots of different states, reining in some of the most really barbaric and environmentally methods that Wildlife Services use. So for example, a couple years ago in in Washington State, in response to one of our lawsuits, Wildlife Services agreed to stop using those strangulation snares, so I do think that with additional pressure we’ll see changes.

BASCOMB: Collette Adkins is the Carnivore Conservation Director and Senior Attorney at Center for Biological Diversity. Collette, thank you so much for your time today.

ADKINS: Oh, it was a pleasure to speak with you Bobby. Thank you.

US Department of Agriculture | “Operational Activities”