We see a popular dealer go into liquidation, but there is plenty of good news with a new dealership for Somerset and expansions around the country.

Long-standing Massey Ferguson dealer MST (Medland, Sanders & Twose) has gone into liquidation – much to the shock of its customers.

The company also sold equipment from Honda, Iseki, Teagle, NC Engineering and Stihl from its depots in Tiverton and Lee Mill, Devon.

Massey Ferguson says its two neighbors dealers can take up the slack and deal with all warranty and service agreements in the short term.

To the west, this will be Devon and Cornwall dealer Alan Snow (Launceston, Holsworthy and Camborne), while those on the eastern side of MST’s territory will be directed to C&O Tractors’ South Petherton depot.

JCB’s newest dealership now has its Somerset headquarters location up and running.

Reco is the first UK dealer to supply and support only the full range of JCB agricultural equipment, from ultra-compact wheeled loaders to the 160-335hp Fastrac tractor line-up.

The hub of the Reco JCB operation is in Gurney Slade near Radstock, Somerset where the new premises are now fully operational with offices, a parts department, workshop facilities and a forecourt area displaying machinery in stock.

And while its Gurney Slade premises are at the core of the operation, JCB parts, servicing, repairs, machine sales and dedicated JCB technicians are available at the Compass Tractors location in North Petherton near Bridgwater, Somerset, and Redlynch branches at Bruton, Somerset; Milborne St Andrew, near Dorchester, Dorset; and Middle Woodford near Salisbury, Wiltshire.

Robert Davies Machinery has taken on the North Wales area for Manitou’s agricultural telehandlers and the “earthmoving” range of skid-steers and articulated loaders.

The dealership is based just outside Shrewsbury and already has sales and service staff in North Wales, but plans to open a new depot to better serve customers across its expanded territory.

Other brands on the firm’s roster include Kuhn, Dal-Bo and KRM.

Further afield, Manitou Group has announced plans to invest $80m (£61m) in its two North American manufacturing facilities in Yankton and Madison, South Dakota. This will see both sites expanded to facilitate the development of new machinery ranges.

Merlo has added Read Agriservices of Shepton Mallet, Somerset, to its dealer network. 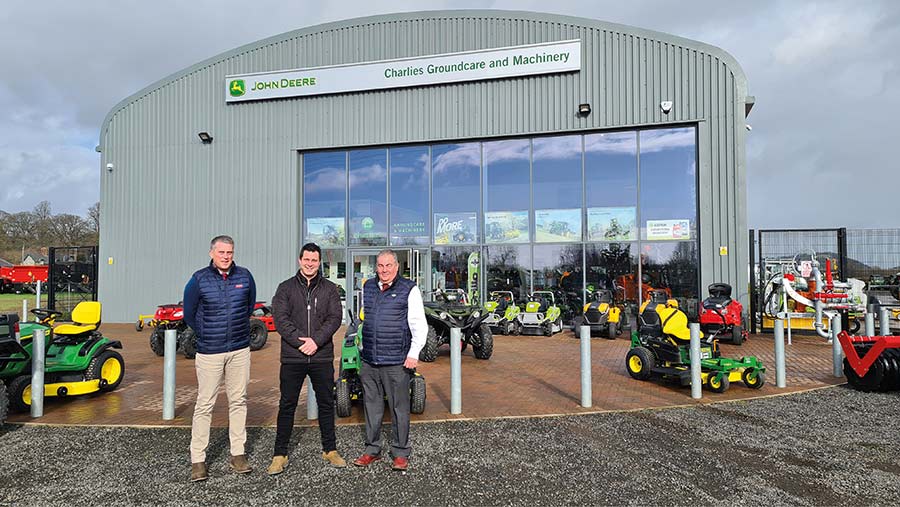 Welshpool-based Charlies Groundcare is to take on sales of Maschio Gaspardo, Opico and He-Va equipment in mid-Wales and Shropshire.

Mike Garwood Agricultural Engineers has also strengthened its relationship with Opico by taking on sales, servicing and supply parts of new and used He-Va kit from its premises in Alton, Hampshire and on the Isle of Wight. 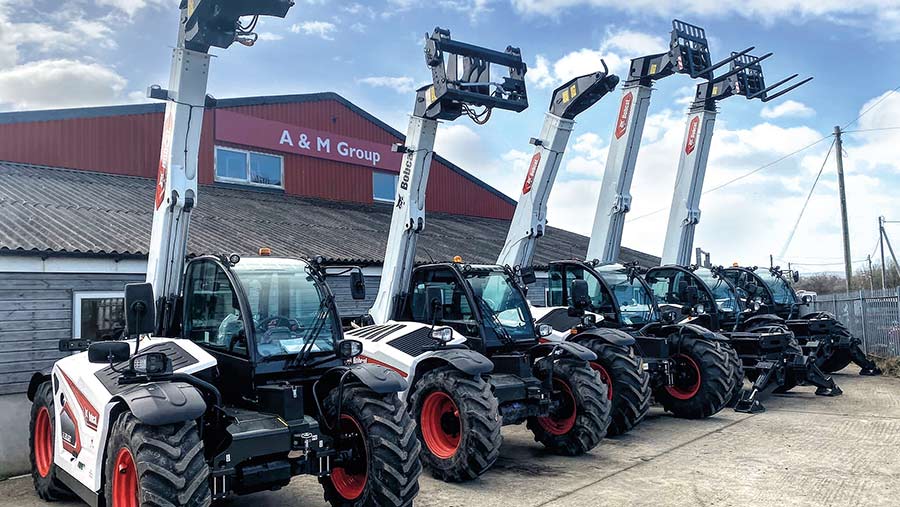 Bobcat has appointed A&M Group, of Bridgend, as the company’s new dealer for south, west and mid-Wales.

It will be responsible for the entire Bobcat range of loaders, mini excavators, telehandlers and attachments.

Newport-based Border Bobcat, the previous dealer for the area, will specialize in Bobcat’s skid-steer, compact track, compact wheel and small articulated loader ranges for the counties of Powys and Gwent.

A&M Group has purchased two plots on the Brackla Industrial Estate in Bridgend, one of which will form the location for the company’s headquarters.

The new facilities complement the existing operations in St Clears in Carmarthenshire, from where A&M serves the west of Wales.

Fendt is to end production of its trailed sprayer range, just four years after rebranding the Rogator 300 models it inherited when Agco decided to wind down Challenger in Europe.

It will continue production of the self-propelled Rogator 600, which is built in the same German factory as the Katana forager. 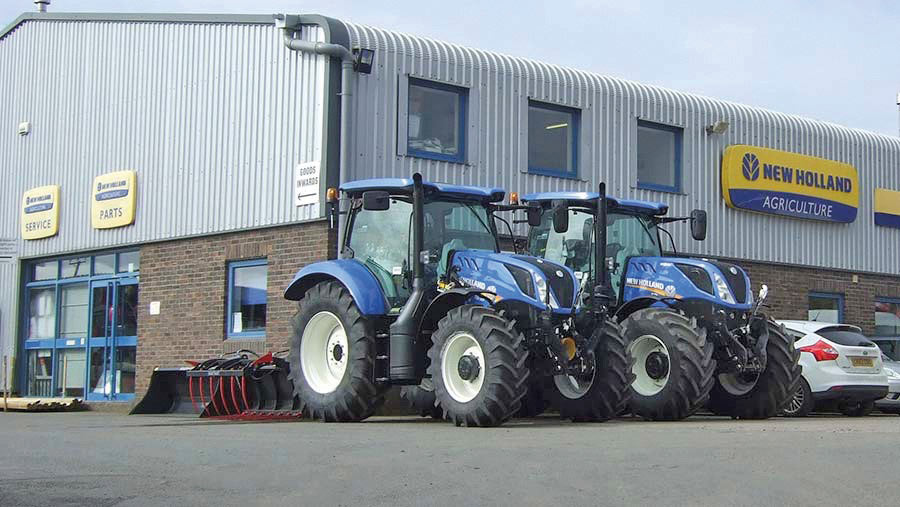 Having taken over Hereford-based JG Plant in 2018, TH White has now completed the purchase of the site in Tillington Road.

The company, which is a main dealer for the likes of New Holland, Manitou and Kverneland, has been expanding aggressively over recent years. 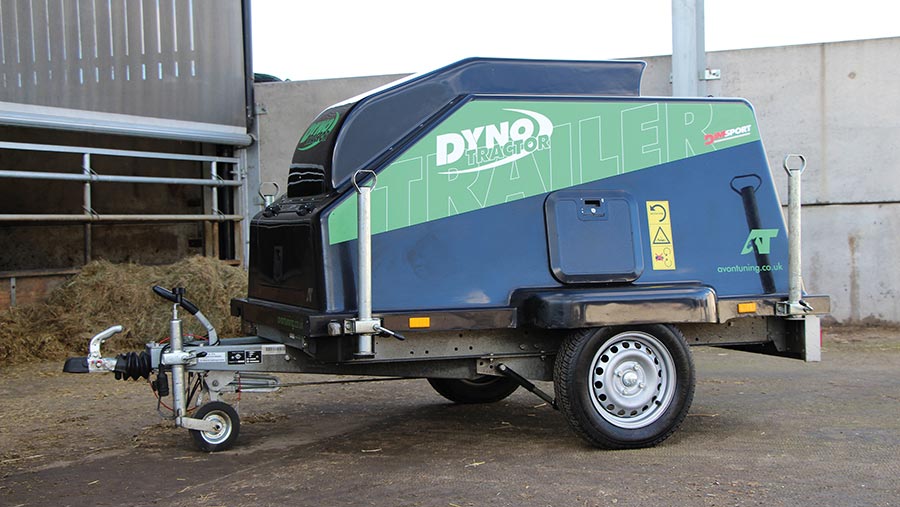 Avon Tuning is now the sole UK and Ireland importer and distributor for the Italian-built range of Dimsport dynamometers, which are capable of testing power and torque outputs on tractors up to 660hp.

Three models are available – the DF2TR, which features a single brake and has a capacity to test machinery up to 330hp; the larger DF4TR Twin Braked Workshop Dyno that uses a double brake making it suitable for tractors up to 660hp; and the mobile, trailer-mounted DF2TR-TR, allowing remote support and on-farm diagnostics to be carried out on tractors up to 330hp.

With agriculture currently accounting for 60% of TWS’s production, this will propel Yokohoma to the position of global leader in the off-highway sector.

The deal is expected to be completed in the latter part of 2022. 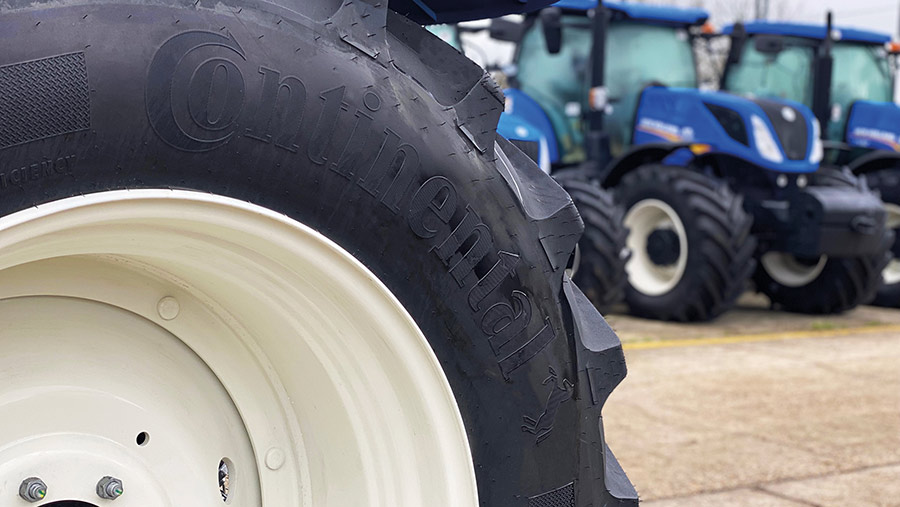 New Holland T5, T6 and T7 tractors are now available with Continental TractorMaster and VF TractorMaster tires in widths of up to 710mm and a maximum rim diameter of 42in.

New Holland is also to offer Bridgestone’s VX-Tractor tire as a factory-fitted option on T6 and T7 tractors, with 28 variants available on rim sizes that range from 28in to 42in.

Boss ORV, importer of Spanish-made Corvus UTVs, has appointed five new dealers as it looks to widen its UK footprint.

South West Handling, based in Okehampton, is charged with Devon and west Somerset; David Webb Engineering will cover the rest of Somerset from its depot in Wincanton; and John Day Engineering of Lambourne will cater for Wiltshire, Hampshire, Berkshire and Oxfordshire.

South East England will be covered by vineyard and fruit machinery specialist Kirkland UK, while B&B Tractors will sell the vehicles from its four depots that cover Yorkshire, Derbyshire, Staffordshire, Nottinghamshire, Leicestershire and Warwickshire. 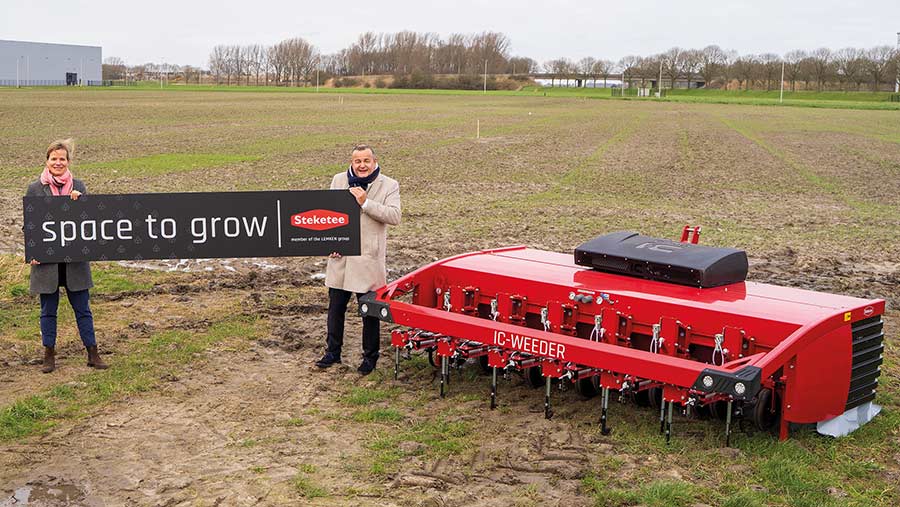 Lemken has invested €18m (£15m) in a new facility to produce Steketee hoes, four years after acquiring the Dutch company.

The move is in response to growing demand for mechanical, camera-guided weed control, with the plant scheduled to open its doors at the end of 2023.