What was life like for Chinese border guards over a millennium ago? An intriguing discovery of military documents, letters, disc, and wine containers from beacon tower ruins may offer some clues.

From 2019 to 2021, archaeologists launched an excavation project on 2,300 square meters at the Keyakekuduke Watchtower Site in the desert of Yuli County, northwest China’s Xinjiang Uygur Autonomous Region.

They unearthed 12 ruins, such as dwellings, a wooden fence and ponds, and over 1,400 cultural relics including paper documents from the beacon tower site dating back to the Tang Dynasty (618-907).

It was recently selected as one of China’s top 10 archaeological finds of 2021.

Evidence, including carbon-14 dating, indicated that the Keyakekuduke Watchtower Site was operational between 692 AD and 790 AD during the Tang Dynasty. It was situated on the Loulan path, a significant section of the ancient Silk Road.

As part of the early warning system of frontier, the watchtower was usually soldiers defense with one commander and five, and they worked in shifts.

The soldiers on the tower would puff smoke in the daytime and light a fire at night to transmit military signals, said the site excavation project’s team leader Hu Xingjun from the regional institute of cultural relics and archaeology.

Three semi-basement rooms, believed to be barracks, were found on the western side of the beacon tower. “In the summer, the nearby waterways dried up, sandstorms frequently hit the area, and the ground temperature might exceed 50 or 60 degrees Celsius,” said Hu. “These rooms could be the only place where soldiers resisted summer heatwaves.”

Many crop specimens, such as wheat, grain and millet, were also unearthed. “When abundant fish bones, fishing nets and well-preserved wooden traps were discovered, we speculated that the soldiers fished and hunted for food as their grain supplies may have been insufficient,” Hu said.

Archaeologists found residual bones of mounts including horses, cattle and camels at the ruins. Interestingly, dog remains were also unearthed, suggesting that dogs might have been partners of garrison soldiers at that time.

The Keyakekuduke Watchtower Site is strong evidence of the Tang government’s good administration of the western regions and its continuous safeguard of the ancient Silk Road, said Rong Xinjiang, a history professor at Peking University.

Archaeologists found a pile of “stuff” covered in sands on a leeward slope near the ruins. Many paper documents, wooden slips, textiles and other relaxes were buried inside.

Judging from the letters unearthed, experts concluded that the soldiers were mostly from what is now the northern and northwestern parts of China. It may have taken them several months to arrive at the garrison site from their hometowns.

Hu was moved by a soldier’s letter to his wife: “My wife, don’t be sad. Take care of the wheat and sheep, and don’t leave them unattended…”

“He encouraged his wife to make a good living at home and expressed his love and care implicitly,” Hu said. “Piecing together these fragments of paper documents and interpreting them was like traveling through time to converse with border guards from the Tang Dynasty. We can feel their nostalgia for home and dedication to the country.”

Several discoveries shed light on how they spent their leisure time. These include the remains of literary works, three dice, one of which is pottery and the other two made of bone, and gourd-turned containers used for storing wine.

The restoration and protection project on the Keyakekuduke Watchtower Site is expected to launch this year.

“Over a millennium ago, these soldiers left home and guarded the border for the sake of peace in western and the ancient Silk Road. Their courage and persistence are admirable,” said Hu, who hopes the future generation can peer into the history and get some inspiration from these beacon tower ruins. 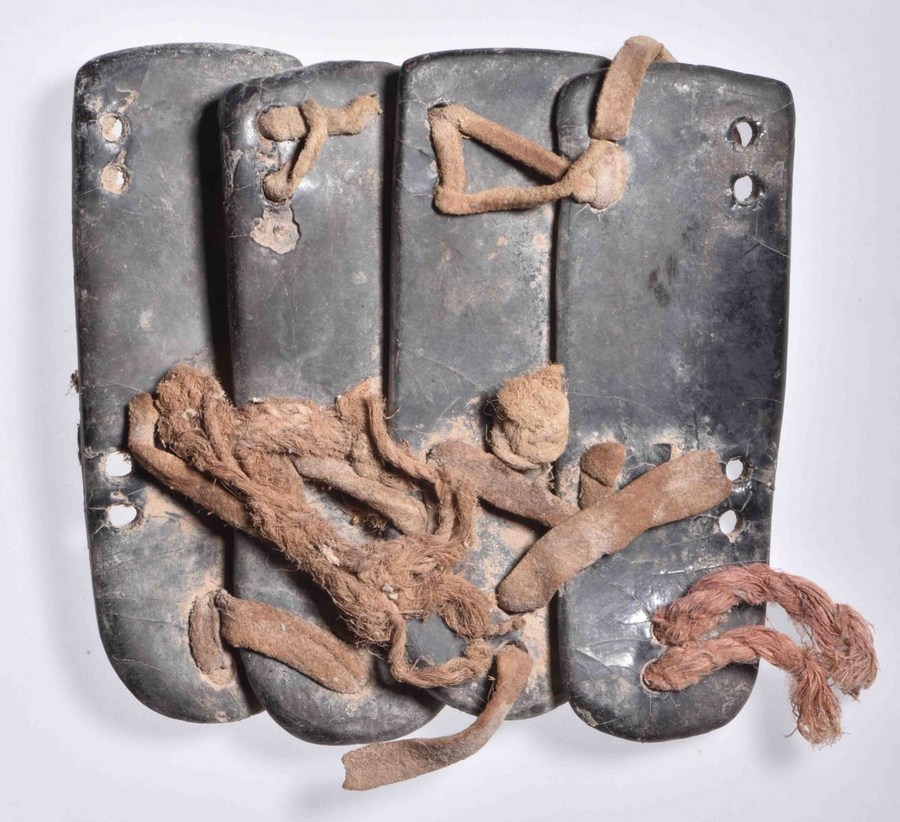