After trading Davante Adams, the Green Bay Packers will have to take a different approach to the wide receiver position than in recent years. Aaron Rodgers will return for his 18th season, but his top four targets at the moment are Allen Lazard, Randall Cobb, Amari Rodgers and Juwann Winfree. Luckily, the Packers have five picks in the top 100 of this year’s draft, providing ample opportunity to add an influx of talent at a position of need. Could this be the first time since 2002 that Green Bay uses a first-round pick on a wide receiver? Now seems like a good time with a deep crop of wide receivers.

There are several prospects the Packers could get their hands on who are indisputable first-rounder. One of those guys is Ohio State wide receiver Chris Olave.

He had a successful combine in which he ran 4.39 seconds in the 40-yard dash and showed his smooth movements during positional drills. However, doing it at the combine and on the field are two different things. I’ve wanted to get a closer look at the top wide receiver prospects, but the Packers rarely pursued the top guys, so it seemed pointless. Then, trading Adams changed everything, so I took to Twitter to ask my followers who they would most like to see in a film review and Olave was the overwhelming favorite.

So, without further ado, here we go.

What he is good at

Don’t tell me you couldn’t see Chris Olave doing this in the #Packers offense. pic.twitter.com/p2gnxjBJOf

The first play is a good example of why Olave is a good fit for Green Bay’s offense. The defense is in cover three, and Olave is running a deep over. He shows good recognition when identifying coverages and running his routes accordingly. Olave gets good depth and also runs his route with good tempo. Imagine Aaron Rodgers dropping this in over the linebacker and allowing Olave to do the rest, much as he did with Adams. It would be an easy transition with Olave.

Olave is just so smooth in how he operates. He understands how to attack angles, and his impeccable footwork enables him to get in and out of his breaks cleanly. The comeback route is one of his best routes, and he generates a good four yards of separation in this rep. It is an easy pitch and catch.

Good example of Olave scrambling with his quarterback pic.twitter.com/DTdTB6ZiGL

Improvisation is a good skill to have for a Packers receiver. The four-time MVP quarterback is one of the best to ever do it outside the pocket when the play has broken down. Luckily, Olave has proven to be a quarterback’s best friend in these instances. Notice how he is in no hurry on this crossing route. He’s not running at full speed, as that may cause him to run into coverage. This play shows great patience and mental processing.

Some more Chris Olave for your timeline. He definitely has great ball skills. pic.twitter.com/xGgB5FVCOZ

Olave has the high-level ball skills of a first-round wide receiver. He makes this downfield catch look effortless even though it is extremely difficult. It shows his hands and body control to adjust to the ball and make a nice grab with limited space. Olave would be a great back-shoulder candidate for Rodgers.

Here’s that 4.3 speed from Olave pic.twitter.com/ghBZSv1f5z

Speed. Olave has plenty of it. He can stretch the field horizontally and vertically by getting on top of his defenders with impressive acceleration. Unfortunately, he does not get the ball on this play, but the touchdown is there if the quarterback sees it.

Olave is super comfortable playing against press coverage. He has a strong arsenal of releases to get the door open and start his stem, however, this example isn’t about the release as much as the route itself. Olave’s suddenness and attention to detail are what make him so special. He can implement false breaks to keep the corner off balance and then continue his stem with utter fluidity. At the top of the route, notice how hard he plants his foot to get more separation quickness to make the throw much easier. Olave makes life a lot easier for the quarterback because he is beyond his years as a route runner. The scary part is that he is only going to get better.

10 prospects the Packers could now target with 22nd overall pick

What he struggles with

Granted, there aren’t a lot of things that Olave struggles with. He is arguably the most pro-ready wide receiver in this year’s draft, but I wanted to highlight at least a few things he needs to work on.

Olave needs to improve as a play side run blocker pic.twitter.com/Hg51nJiMdO

The first is run blocking, which we all know is a requirement for Green Bay’s wide receivers. Olave mostly ran off coverages at Ohio State, but when he was asked to stalk block, the results weren’t great. Defenders could easily bypass Olave’s hands to make a play on the ball carrier. As he transitions to the NFL, Olave needs to work on getting better hand placement and improve his play strength as a blocker to become a more complete player.

But at least he’s willing pic.twitter.com/WslWqrzqkj

However, at least he is a willing blocker, which isn’t always the case. Olave will mix it up and get physical, and he has some solid reps as a blocker on film. The Packers would definitely take a chance on Olave, knowing they can improve his blocking.

Olave can definitely create a lot of separation, but he needs to improve his hand strength at the catch point. pic.twitter.com/tWGyw1MjMP

Strength might be the biggest concern surrounding Olave. This deficiency shows up in different areas, but the most alarming might be at the catch point. A corner in close proximity may be able to jar the ball loose from Olave more than you would like. He needs to build up his hand strength so that when he plucks the ball out of there, he finishes when a defender is contesting the catch.

Overall, Olave is an intriguing prospect who could be a great NFL player. His physical traits align with Green Bay’s scheme, and he would make replacing Adams a lot easier. When Olave will be selected, though, is a potential roadblock. Green Bay acquired the 22nd pick from the Las Vegas Raiders, but there is no guarantee Olave will still be on the board. If the Packers really want Olave and can move up in the draft to take him, the potential rewards might be worth it. They would secure an immediate contributor with upside as a number one receiver for years to come. 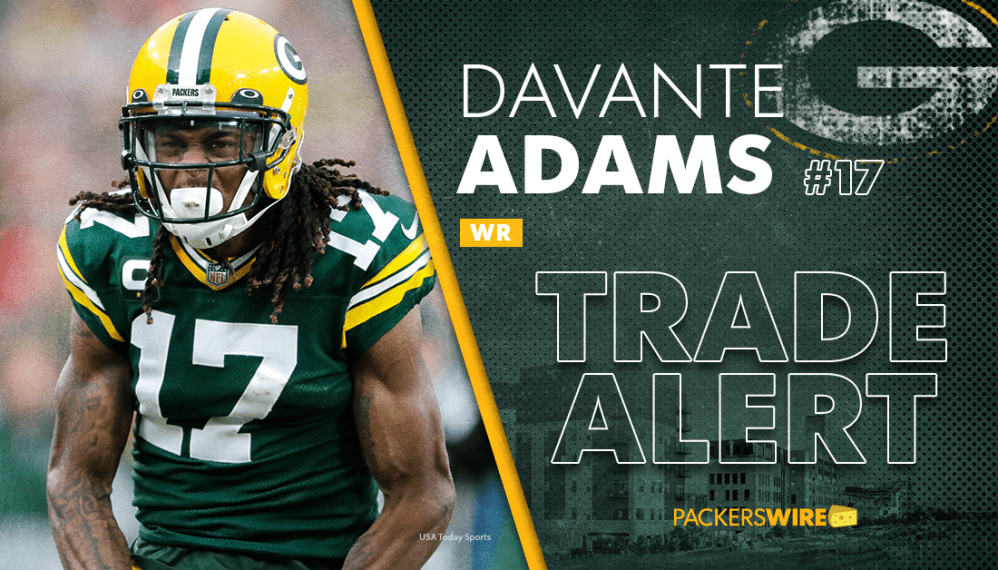