AUGUSTA, Ga. – Viktor Hovland began last year’s Masters with a dreadful triple-bogey, but by the time he’d walked off the sixth green, he was back to even par. Obviously not ideal, he noted.

“Instead of freaking out and kind of not giving it up or firing at every pin that I’m not supposed to do,” said Hovland, “I try to just reset and trust my game.”

Hovland’s attitude is a particularly valuable asset at a place like Augusta National, where he was tied for 32nd to earn low-amateur honors in 2019. It was then that the now No. 4-ranked Hovland learned a valuable lesson.

“I think I was maybe too caught up in trying to be too perfect,” said Hovland. “It’s a major.”

Last year, in his second appearance, 24-year-old Hovland tied for 21st and has already played enough at Augusta National to know that no two days are the same.

“The course is hard,” he said. “It’s kind of made to make you feel uncomfortable.”

That’s where experiences like the Ryder Cup have helped, he said. The former Oklahoma State star feels like he’s particularly getting the “hang of” the back nine. It’s the front nine, Nos. 4-6 in particular, however, that he feels there’s more work to be done.

On Tuesday, he played the first five holes before the course was closed due to inclement weather.

“I think you have a tendency of going too much at the pins there instead of maybe playing more of a safer shot,” he said. “Those holes are the toughest on the course.”

Paul Casey and Viktor Hovland point to Hovland’s caddie Shay Knight after he successfully skipped a ball across the pond on no. 16 during a practice round of The Masters golf tournament at Augusta National Golf Club. Mandatory Credit: Davis Tucker Andrew Davis Tucker-USA TODAY Sports

Hovland famously told the world after his 2020 victory in Puerto Rico that “I just suck at chipping.” He’s come a long way since then, of course, putting considerable effort into his short game. This week, Hovland said he’s particularly focused on controlling spin around the greens.

“One thing that’s really important out here is that with the greens being as firm as they are,” he said, “and if you miss certain greens, you kind of end up at a low point and you have to hit it up in the air, and if you’re short-sided, you have to spin the ball.

“It’s not so much about the height, because I can flop it up in the air, but if you don’t have any spin on it, the ball’s not going to stop. So, I played a practice round with Paul Casey yesterday, and I was watching him hit some shots from over the green on 15. I was basically trying to bump it into the slope and get it somewhere close, and he hit these nice, just kind of spinners, landed by the pin, and just stopped so quick, and he did it multiple times in a row. It’s not like you just catch one that spins and then the next one kind of tumbles.”

Back to that opening triple-bogey from last year. The bounce-back speaks to the fact that Hovland has a reputation as a smiley, happy guy. He was asked on Tuesday where that comes from. For starters, he noted, he has a “pretty good job” and makes it a point to have something to look forward to.

“I guess it’s a lot of genes,” said Hovland. “My mom and dad are pretty happy people. Norway is a pretty happy country.”

How to watch | ESPN+ | Paramount+ | Golf Channel free on Fubo TV.
We recommend interesting sports viewing and streaming opportunities. If you sign up to a service by clicking one of the links, we may earn a referral fee. 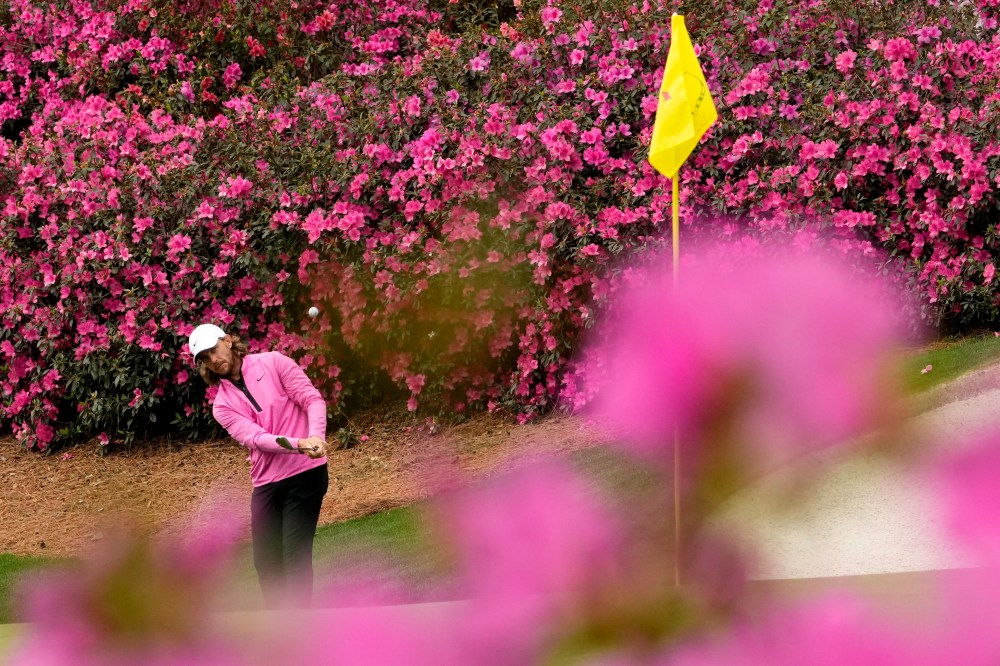