For the past couple of years, the main workhorse on Marilyn Jones’ hill farm near Brecon, Powys, has been a 2019 Same Dorado 90 Natural.

This compact 87hp tractor is fitted with a Quicke Q3 loader and carries out all materials handling on her 200ha holding, plus helping on another farm she runs in partnership with her uncle.

Winter duties include feeding, bedding down and mucking out behind her 600 Cheviot cross Welsh ewes and 40 suckler cattle, giving way to mowing, raking and haulage duties in the summer months.

It is supported by a 108hp Zetor Forterra, which takes on heavier-duty tasks such as muckspreading and towing bale trailers.

We paid Ms Jones and farmworker David Evans a visit to see how the Same Dorado Natural has been performing.

What made you choose a Same Dorado?

The main reason is that we get such a good service from G Bryan Jones at Bishops Castle in Shropshire. It isn’t our closest dealer, but we like doing business with them and the distance isn’t a problem.

We also got on well with our previous 2012 Same, which gave very little trouble apart from the injectors that were replaced under warranty. 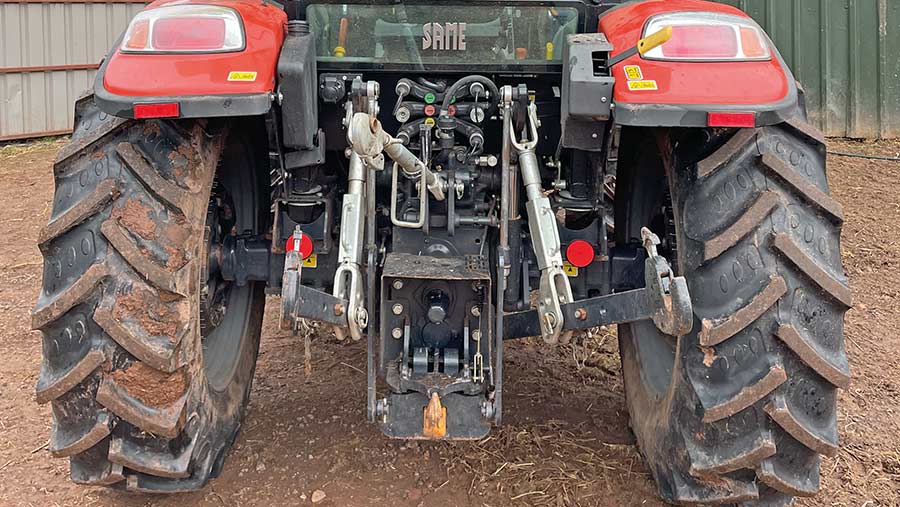 This time I was kind of hoping I could get it in Lamborghini colours, purely as it would be a laugh to flash the keyring around. But, unfortunately, they’re no longer available here.

I was also given a price for a Deutz of the same size, but it was significantly more expensive, even though it’s basically the same tractor. The specs might have been different, but we don’t need anything fancy.

How has it performed?

We can’t fault the tractor’s performance. It’s now done 1,000 hours and has had no problems, apart from a couple of error codes, which the dealer cleared off the system.

The engine has only got three cylinders – one less than the old one – but it feels more powerful and the performance is a good bit sharper. You really notice this when pulling a trailer or pushing muck.

It’s surprising, as its predecessor was tuned up to 97hp when it had the injectors replaced and this one is supposedly a bit less, at 91hp.

Having wheel weights also makes it feel well balanced, although the loader still has enough power to lift them off the ground when you grab a big fork full of muck. 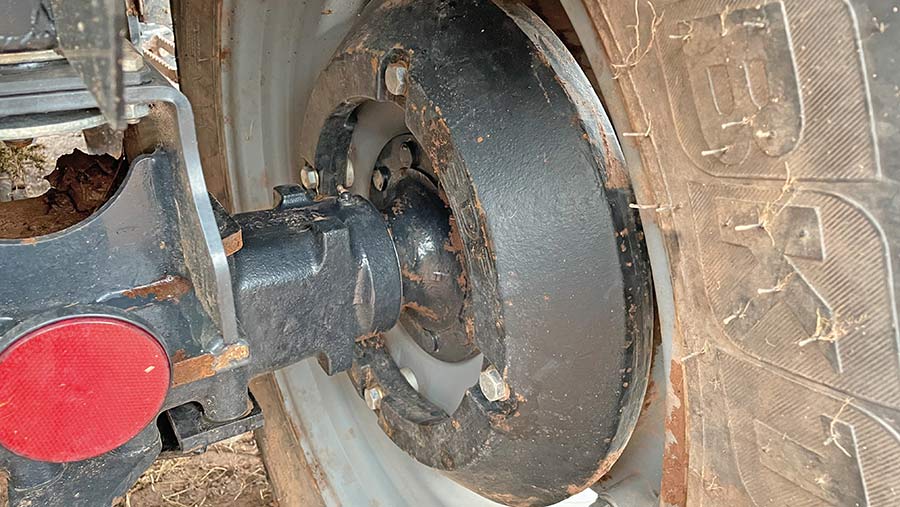 Come haymaking season, it gets used on our 2.5m Kubota disc mower and Galfre rake, both of which it handles well.

It is a simple tractor, which is exactly what we want, but it still contains a lot more technology than our 2012 model. Most of this is linked to safety, which you can’t really knock, but it does make it a bit more tedious to drive.

The most annoying one is if you lift your bum off the seat when the pto is running, it cuts the engine and requires you to wait a couple of minutes for it to reset before you can start it again.

It’s also a bit of a performance to start the engine as you must have your foot on the clutch and brake, the shuttle in neutral and both the handbrake and pto brake up.

These are the only grumbles though and there are plenty of improvements that set it apart from the old tractor.

The main one is the roof window that allows you to see the loader headstock when it’s lifted, followed closely by the six-, rather than a four-pillar cab.

This means it has smaller doors that are easier to open and less likely to get damaged. We went through several of the big doors on the last one.

The tight turning circle is also handy, making it much easier to manoeuvre around the yard.

As for the gearbox, this is a simple manual setup with five speeds in three ranges and a mechanical shuttle lever. However, unlike our previous tractor, it has an extra splitter so that there are 30 forward speeds – not that we really need all of them.

It also has a 40kph gearbox, but it goes like hell and can go a lot faster than Same advertises. This is nice to have in reserve, but we rarely need it on the lanes around us. It gets a bit hair-raising if you do push it hard.

What could be improved?

There is very little to pick holes in – it’s compact, powerful, handles the loader well and has a comfortable cab with good visibility.

However, there are a few minor things that could be improved. First, there’s a fold-down flap to the left of the driver’s seat that looks very much like a passenger seat, but isn’t.

It’s only supposed to carry about 5kg, but whenever anyone gets in the cab, they try to fold it down and sit on it – it’s a wonder it hasn’t snapped off yet. A proper seat would be better. 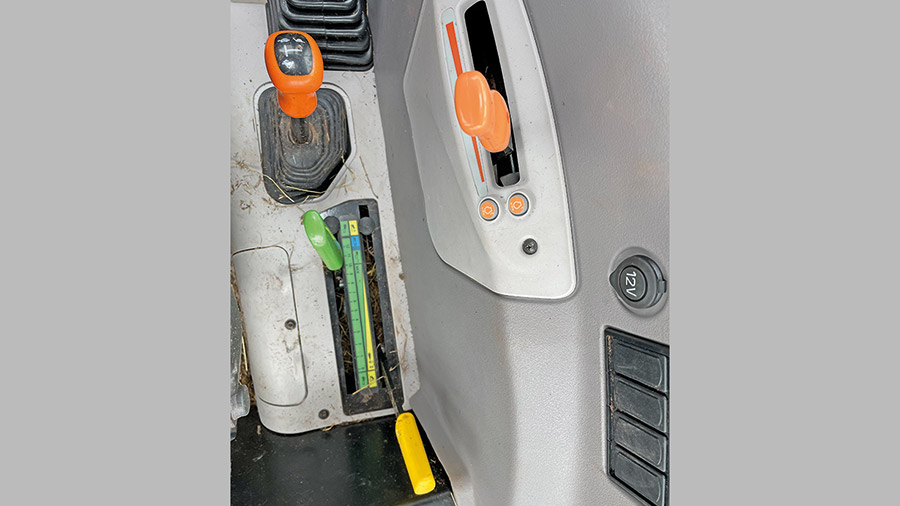 More storage space wouldn’t go amiss either as there’s nowhere to stash pins, balls and tools, apart from a small box on the side of the loader.

The only other thing is that the rear linkage controls are mounted low down on the cab floor and they’re a bit stiff to use. It would be much better if they were up near the base of the seat and a bit looser.

Would you have another?

We have got no intention of moving away from G Bryan Jones, so it’s very likely we’ll have another Same or Deutz-Fahr next time we need one.

Hopefully that will be several years off though as this tractor has still got plenty of life left in it.