The second day of the NFL draft has been a sweet spot for the Green Bay Packers in terms of finding wide receivers. Davante Adams, Jordy Nelson, Randall Cobb and James Jones are recent examples of Day 2 picks who had productive careers in Green Bay. This year, a wide receiver happens to be a top positional need for the Packers. While they have a pair of first-round picks to play with, no one would put it past this team to exit the first day without a wide receiver.

That’s not to say Green Bay won’t try to find a wide receiver. It’s simply a matter of when. After trading away Adams, there is no question the team must do something. The Packers’ current wide receiver corps lacks a number one option and formidable talent in general. If Green Bay played a game Sunday, Allen Lazard and a 31-year-old Cobb would be Rodgers’ top targets.

Of course, there is still time to sign a free agent or make a trade for a veteran wide receiver, but the draft will provide ample opportunities for them to add pass-catchers. Just don’t be surprised if the Packers leave Thursday without adding to their receiver room.

This class has plenty of depth at receiver that should carry over into the second day. Let’s explore those Day 2 options, assuming Garrett Wilson, Chris Olave, Drake London, Treylon Burks and Jameson Williams are selected in the first round.

First off, it’s no guarantee that Pickens will fall to Day 2. He is a long, athletic wide receiver with superstar potential if he can put it all together. However, a torn ACL limited pickens to just four games in 2021 and has pushed his value into the second round. When he was healthy for the 2019 and 2020 seasons, Pickens amassed 85 receptions for 1,240 yards and 14 touchdowns in 20 games. He is with incredible hands that many believe will keep him explosive from sliding out of the top 50. The Packers own the 53rd overall pick but have plenty of ammo to move up if Pickens gets into range. It might be a worthy gamble for a receiver with such a high ceiling. 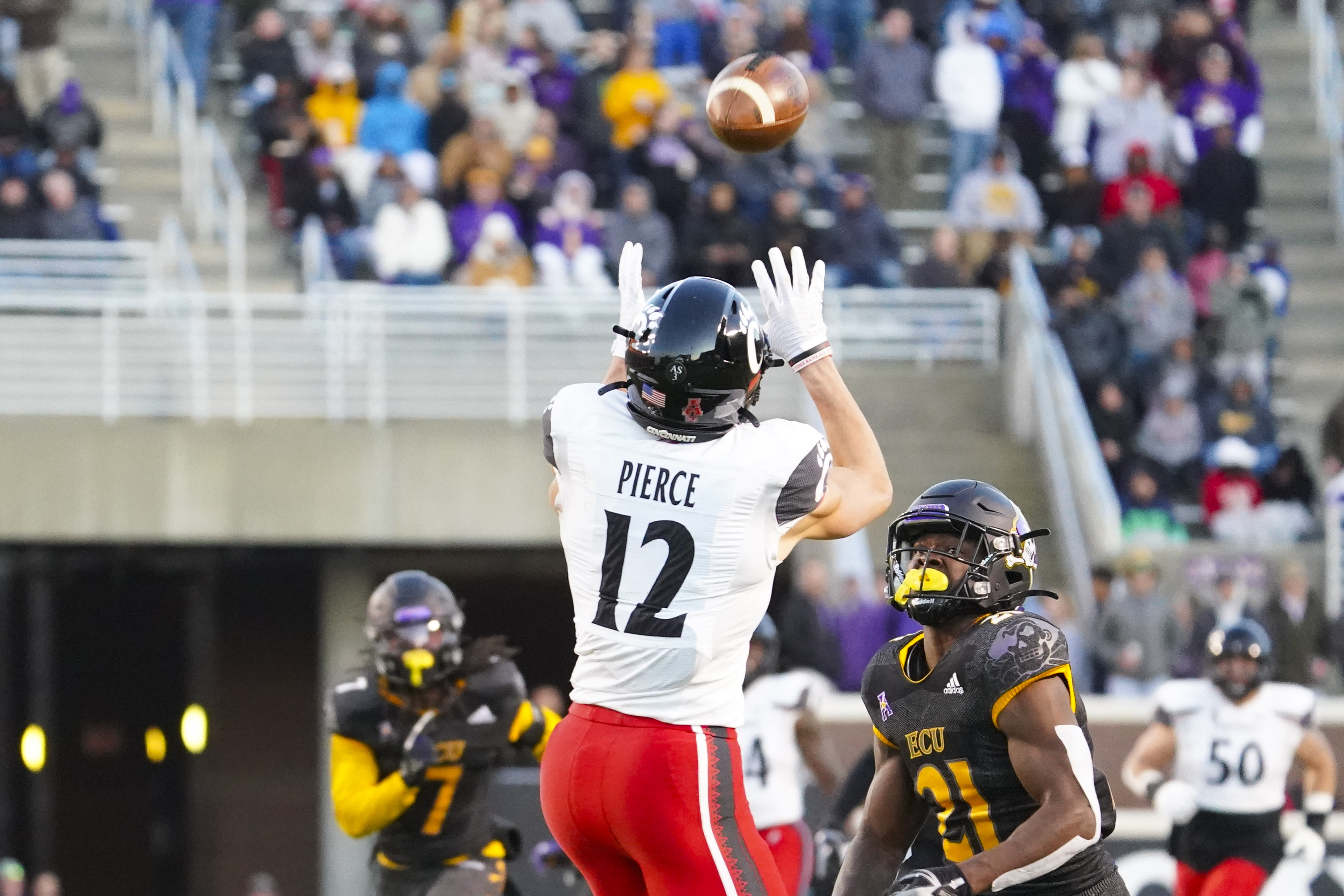 In March, I took a closer look at Pierce’s film and determined he would be a good fit in Green Bay. His imposing speed and size match up well with the Packers’ thresholds, and his production speaks for itself. During his college career, he caught 106 passes for 1,851 yards and 13 touchdowns. Pierce runs a limited route tree but possesses the physical and mental toughness that Green Bay loves. He would be a great asset on special teams and as a run blocker while offering deep threat potential after running a 4.41 at the combine. Pierce might be worthy of either of the Packers’ second-round picks. 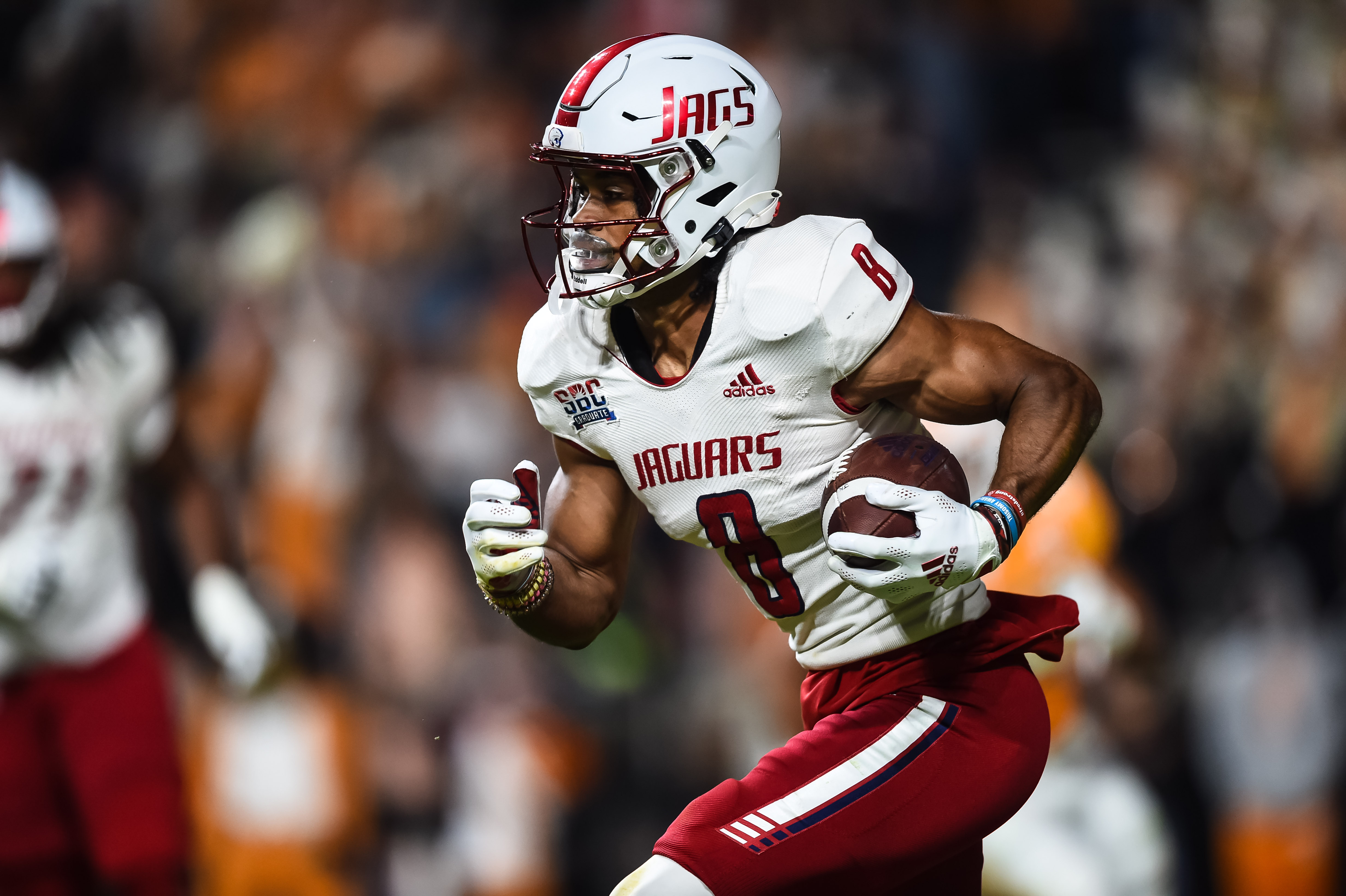 He didn’t go to a big school, but that doesn’t mean Tolbert isn’t ready for the big stage. The highly touted product out of the Sun Belt is an impressive athlete with monster production to show over the last two years. In 2020, Tolbert started all 11 games and set school records with 64 catches, 1,085 yards and eight touchdowns. He then returned for his senior season only to have an even better output of 82 catches for 1,474 yards and eight touchdowns in 12 games. Tolbert needs to show he can remain productive against better competition but has all the tools to be an NFL starter as a late second-round or early third-round selection. 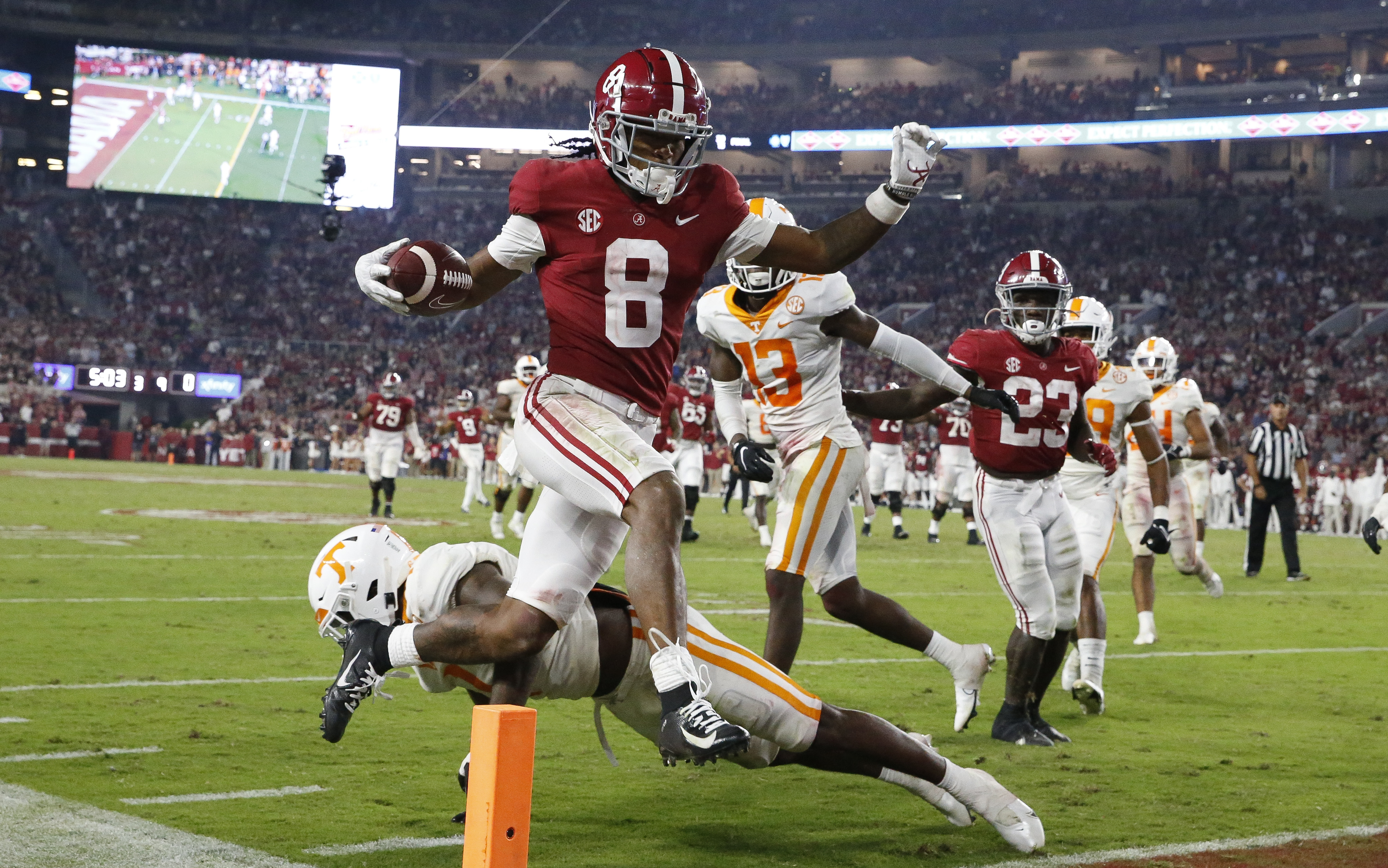 Mitchie was having a great year in 2021 before tearing his ACL in the SEC title game. In 13 games, he amassed 96 receptions for 1,142 yards and eight touchdowns before the crushing knee injury. However, because the injury occurred in December, there is a chance he can play a complete rookie season. Metchie is a versatile threat with experience on the outside and in the slot but projects to be a starting slot receiver on the next level. The Packers’ slot duties are currently held by Randall Cobb, who is set to turn 32 before the start of the NFL season. Metchie would be a solid option to replace Cobb and invigorate the slot role. 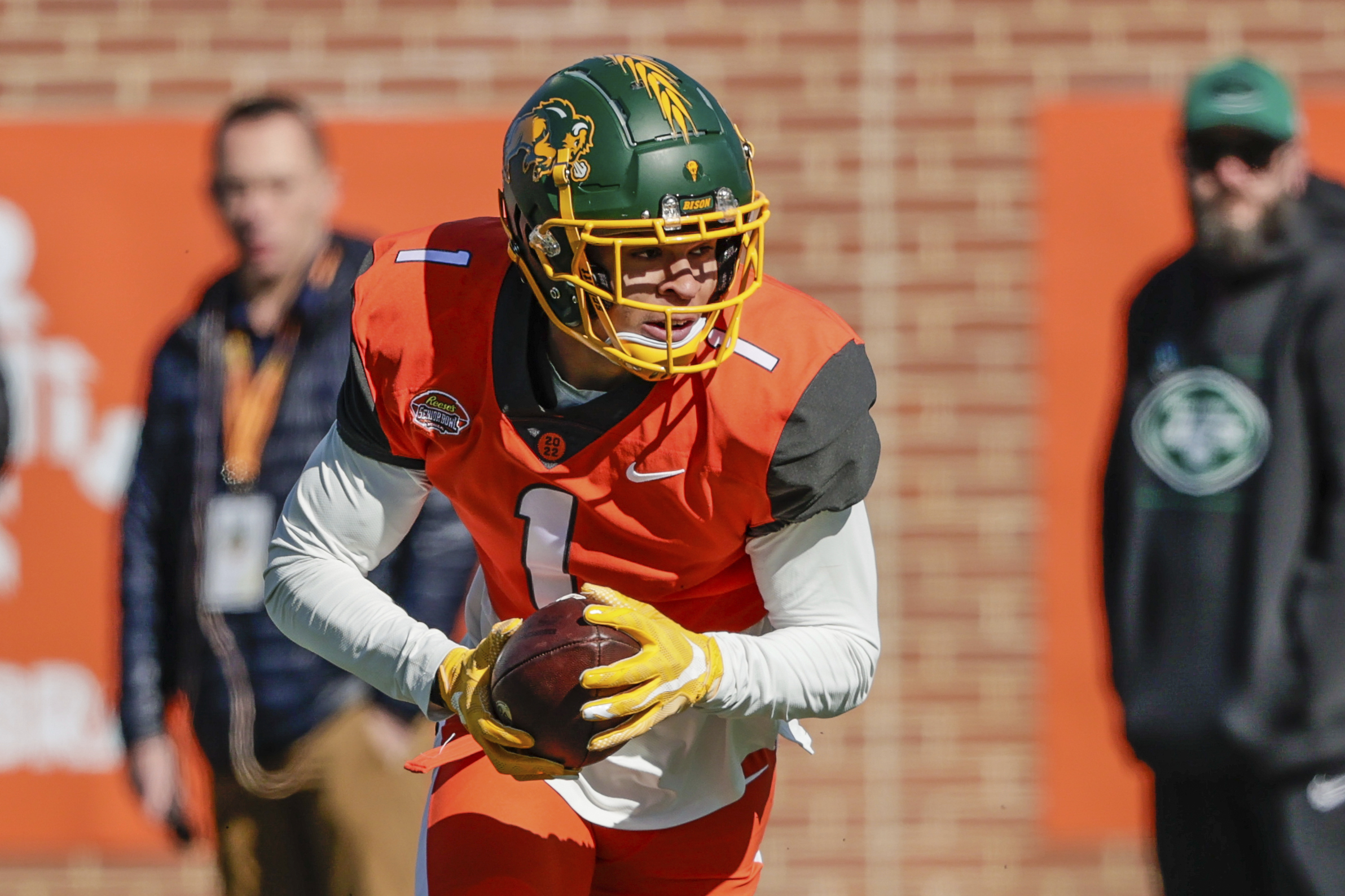 After recently taking a detailed look at Watson, it became clear he checks a lot of boxes for what Green Bay looks for in a receiver. Watson is an athletic specimen with imposing speed and intriguing measurables. This is the guy who caught everyone’s attention at the combine when he ran 4.3 with his 6-4 frame. Not just an explosive tester, Watson was a dynamic receiver and return man in college after accumulating 57 plays that went 20-plus yards. He finished eighth in school history with 2,140 receiving yards and 10th with 105 receptions. Watson would be a Day 2 steal for the Packers if they decide to risk not selecting him in the first.