Retail comes and goes in this city, but it’s rare to see such a prominent space sit empty along what is arguably Canada’s most important luxury shopping stretch.

Not only is the former Pottery Barn vast space and in a prime location, but it exists behind the reconstructed iconic facade of a former theater that was once among Toronto’s finest.

The University Theater opened at 100 Bloor Street West in 1949, operating for just shy of four decades before shuttering in the 1980s as multiplexes changed the cinema landscape and the value of the skyrocketed land.

After its marquee went dim in 1986, the theater was stripped down to just its iconic Bloor Street facade, the exterior planned for incorporation into a sleek future building. But the 90s recession hit a few years later, bringing the future redevelopment to a grinding halt.

It wouldn’t be until the late 90s that the property market sprang back to life and redevelopment of the site moved from the back burners to the desks of city planners.

Due to its deteriorating condition in the years between the theater’s closure and the end of the recession, the original plan to integrate the facade into a new build was adjusted.

Instead, the exterior was carefully demolished and reproduced, the faithful reinterpretation now serving as the front face of a mixed-use development. Pottery Barn moved into the space back in 2001.

After Pottery barn vacated the store in 2017, CBRE leasing signs went up in the window. But it appears CBRE wasn’t getting the job done, and after four years of the site sitting idle, new signage has gone up the window. JLL Commercial Realty is now leading the charge to get this flagship space re-occupied.

It’s anyone’s guess as to what could end up filling this void, the majestic facade leaving a 70-foot dead zone along Bloor Street West. Behind that monolithic limestone facade, there is a combined 16,754 square feet across two floors with 17-foot ceiling heights. 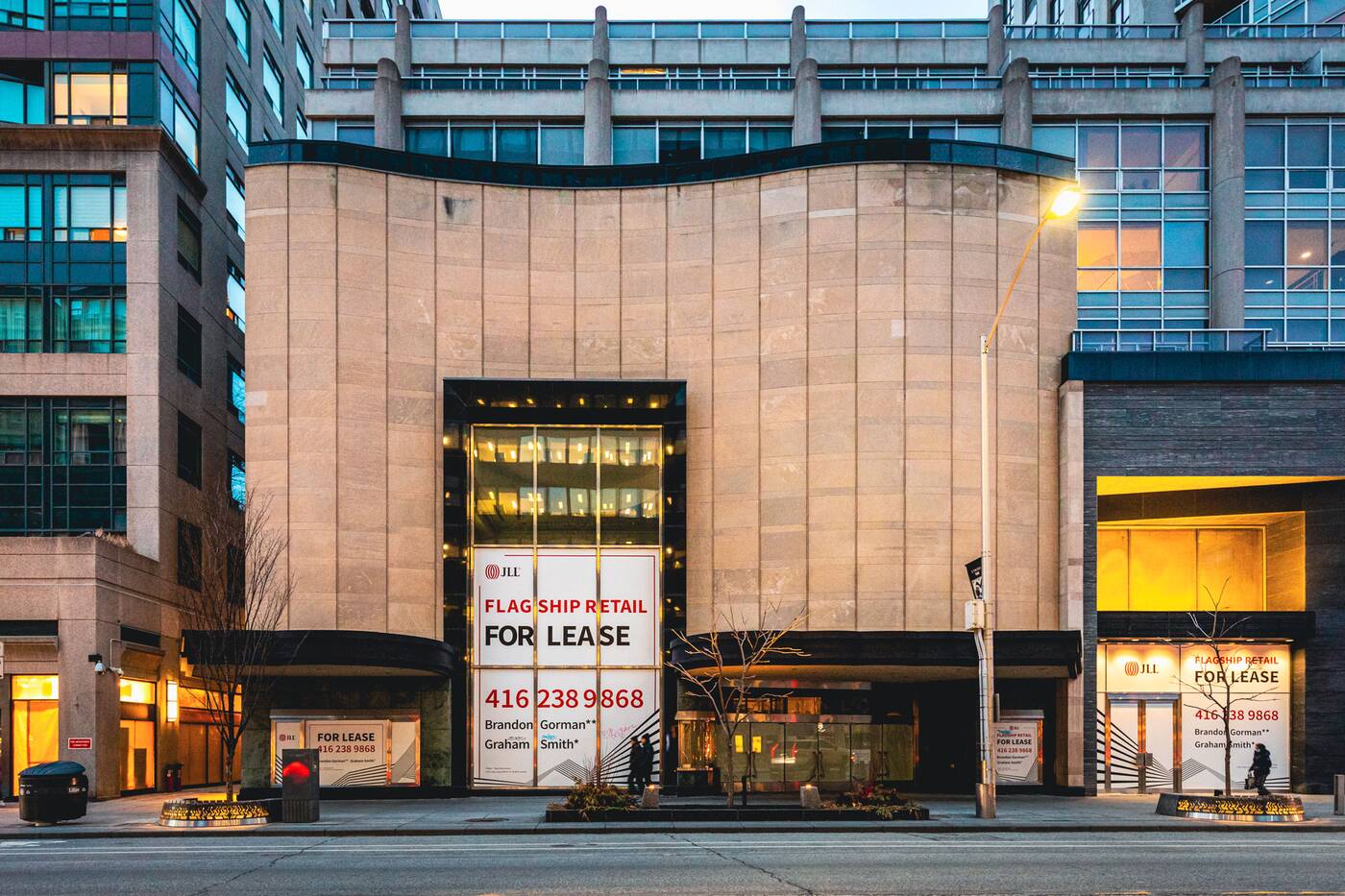 Back before the current development was constructed, there were plans to build a modern cinema behind the old University Theater facade, something that would be borderline impossible with the current space constraints.

What we’ll end up with will almost certainly be another high-end retailer, though it’s pretty clear that with a space like this on the market for so long, brick and mortar retail is not what it used to be.