A family which sustained Bruce Mactaggart throughout his training career continues to deliver now his Hawick base is used for breeding, with Sunday’s Plumpton winner Presenting A Queen the latest from a thriving young line.

The Chris Gordon-trained mare, doubling her tally after striking at Newbury last month, is from the page of the lightly raced 2003 Hennessy winner Strong Flow and is out of a sister to the Mactaggart-produced Grade 2 winner Royal Regatta and half-sister to the high-class Three Musketeers, who secured the last of his wins at the Grand National meeting in 2019.

“When I took out a trainer’s license in 1989-ish I bought a horse called Plenty Crack, who won a few races for me, finished second in a Tommy Whittle Chase, and he was kind of my flagbearer to start with,” explains Mactaggart .

“That family landed up with Strong Flow, so I was always quietly attracted to it.

“I decided to go into the breeding game and it was over in Ireland that I sourced the mare, Friendly Craic. She got injured as a three-year-old, so I never got her to run, and she produced quite a number of nice foals, like Three Musketeers and Royal Regatta.

The @Chrisgordonrac1-trained Presenting A Queen maintains her unbeaten record with a one-length win over Desert Fortune in the @Strongflavors Mares’ Open National Hunt Flat Race pic.twitter.com/N8Gs7UUvUZ

“I trained their sister, Queens Regatta. It was a weird one. I didn’t train a lot of horses in my career but she was honestly the best I’ve ever sat on in my life… and she was absolutely useless on the course.

“I assume it was a mental thing with her. Brian Hughes rode her in about her seventh or eighth race, got off and said she didn’t have a clue, she was terrified, didn’t know what was going on. gave up training her and put her in foal.”

Mactaggart has tended to sell the progeny as foals to keep the business, which he runs along with farming some sheep, ticking over.

Presenting A Queen went to Gordon’s after running in an Irish point-to-point for Donnchadh Doyle, while her older half-sister Annies Regatta was recently second in a Carlisle hurdle for Stuart Coltherd. There are more fillies and a yearling colt by Crystal Ocean, who missed a sales date last November, to come.

“He skinned his back shin,” says Mactaggart. “It’s all healed up now and was one of those unfortunate things. He’s a wee bit different to what I’ve ever had. I’ve bred a few foals in my time but he’s absolutely gorgeous.”

Mactaggart says he has only half a dozen broodmares and breeds them sparingly to ensure he is not left with late foals, which he feels are harder to sell in the National Hunt domain.

Among them are Friendly Craic’s half-sister Ladies Pride, whose Presenting son Townhill was a slick recent winner for Sam Curling in a point at Loughrea and is one of the potential big draws in Thursday’s Goffs UK Aintree Sale.

“It’s never ceased to amaze me how all the horses I sell as foals end up over in Ireland,” says Mactaggart. “I think in Britain there’s a dearth of people that are prepared to buy young National Hunt horses and look after them for a few years, turn them into stores and sell as three-year-olds.

“It happened with Three Musketeers, Royal Regatta, Royal Plaza, now Townhill. Of all those we’ve had that have performed really well, they’ve all gone that route.”

He continues: “One of the keys I’ve found is once you’re into one of these families, if it’s all right you’ve got to keep bashing on, keep your head down and hopefully things will go all right. Since I ‘ve started we’ve had 22 runners, nine of them have won, and 17 have won or placed, which I’m quite chuffed at.”

While his business is commercially minded and utilises the kind of sires that will attract prospective buyers to his boxes, Mactaggart, who sent out his final runners in 2017, still has a sentimental side. The Scotsman recently took charge of Three Musketeers again after his retirement from the track. 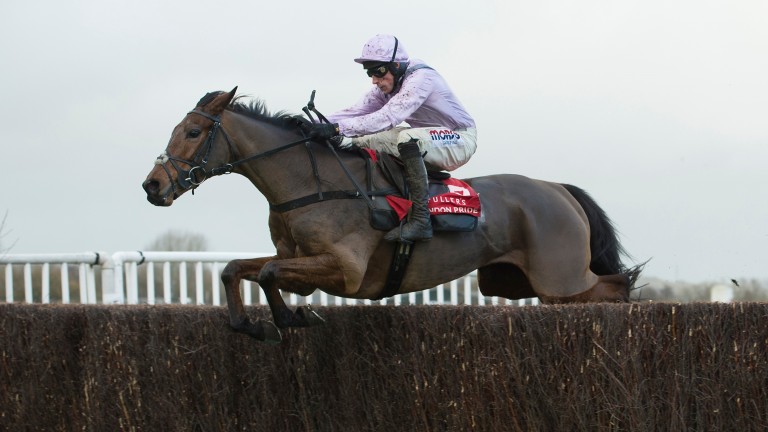 “I know a girl who works at Gordon Elliott’s and I said I’d find a wee home for him,” he says. “My wife’s into showing, the pair of us will probably go for hacks, as you do in your old age!

“He’s in good fettle with himself, completely unwound. Him and Red Tanber, who won five races for me one winter, they look after the youngsters and teach them the ropes.”

Their carefree outlook appears to be similar to that of Mactaggart himself, who has no regrets at the change in direction his path has taken.

“When one of them runs badly I can sit back and say, ‘Someone else can worry about it!”‘ he says. “We know they all do. And when they run well I just jump on the bandwagon and enjoy it.”