The Tampa Bay Buccaneers head into the offseason after a disappointing finish to the 2021 campaign, and it looks like they’ll be without their star quarterback as they look to return to the postseason next year.

If the Bucs do hope to remain Super Bowl contenders for the forseeable future, they’ll have to retain some key free agents, and they won’t have much salary cap space to go around.

Here’s how we rank Tampa Bay’s top priorities when it comes to keeping their own for the 2022 season and beyond:

Godwin played the 2021 season on the franchise tag, and despite missing multiple games due to injury, still led the Bucs in both receptions and receiving yards. He’ll require a long-term extension this time around, and the Bucs are sure to make him their top priority. Yes, he’ll be coming off a season-ending knee injury, but he’s a critical part of the offense, in the middle of his prime. 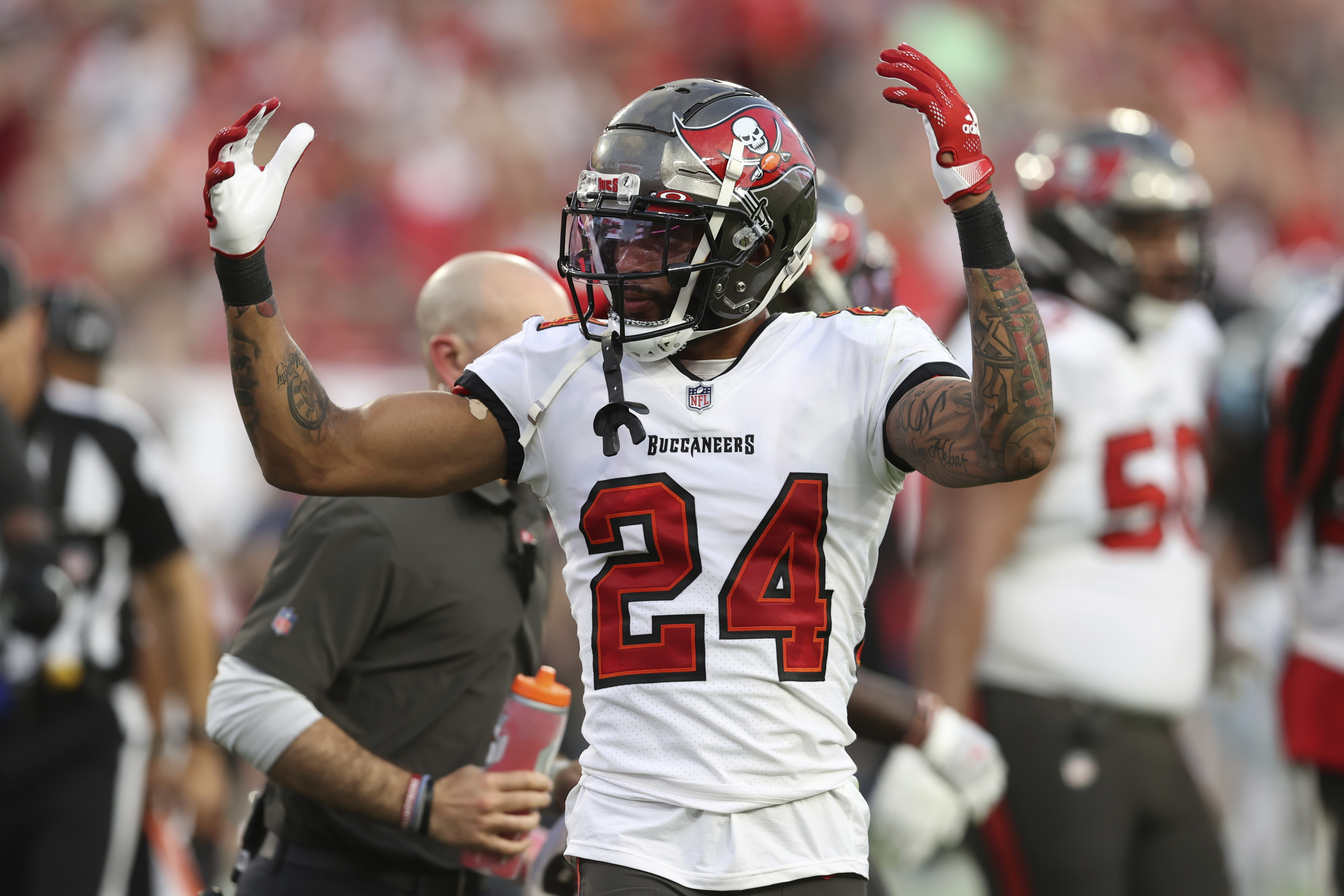 The Bucs won’t want to lose their best cornerback, but they will if Davis hits the market. He’s been banged up at times, and has streaky consistency every now and then, but Davis is still one of the best in the league, and he’s also in his prime. He’ll need to be paid accordingly, though, and the Bucs also have fellow corners Jamel Dean and Sean Murphy-Bunting on expiring contracts after the 2022 season. It’ll be a challenge, but the Bucs will do everything they can to keep Davis at a manageable number. 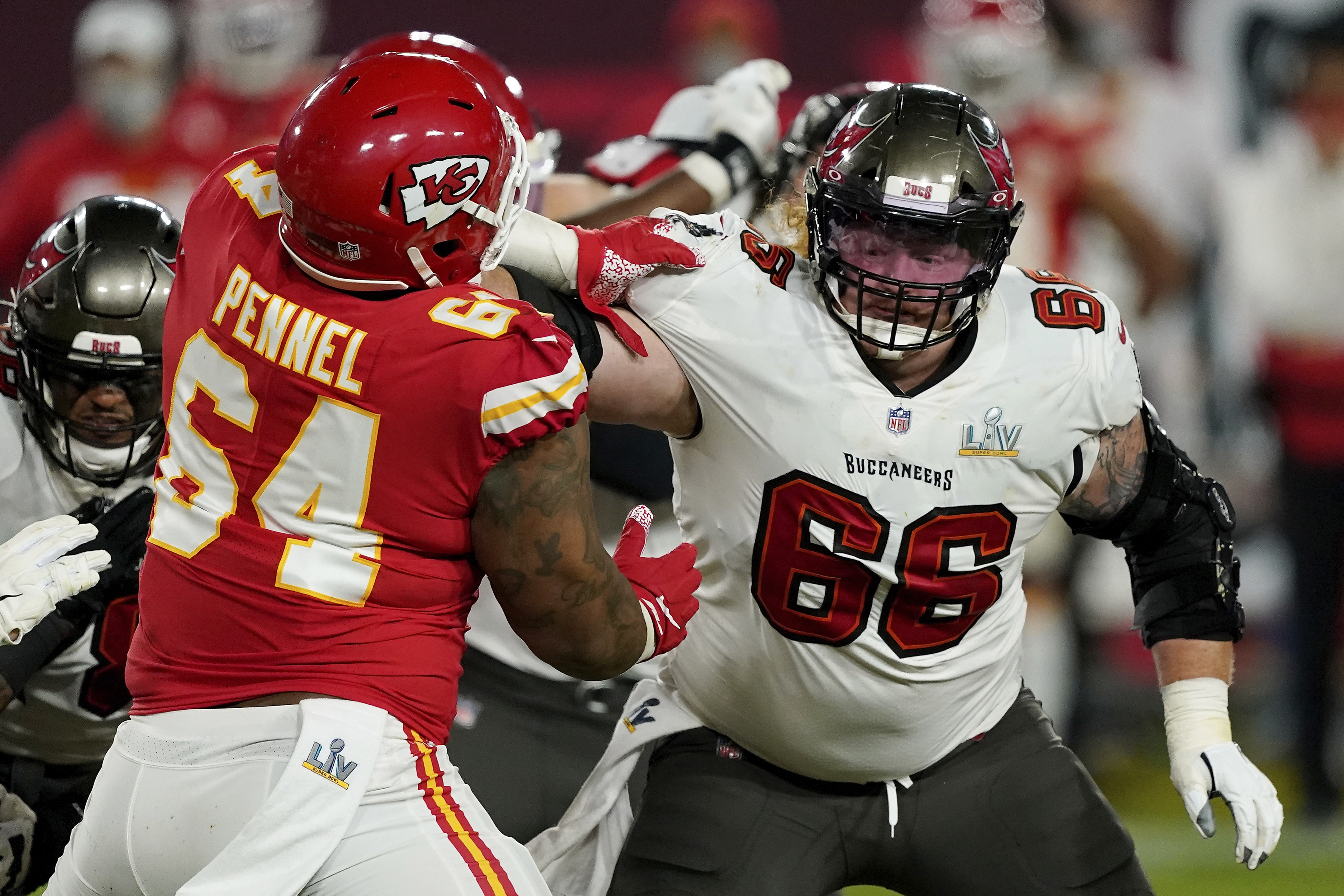 Jensen isn’t a spring chicken anymore, but he’s still one of the best centers in the NFL, and his presence as both a veteran leader and a high-energy enforcer is extremely important for the Bucs. He sets the tone for one of the NFL’s best offensive line units, and losing him would be a huge blow for the entire offense. He’s earned another big pay day with his play over the last few seasons, but the Bucs will have to get creative with the structure of a new contract to push some of the cap hit to future years if they want to keep others on this list. 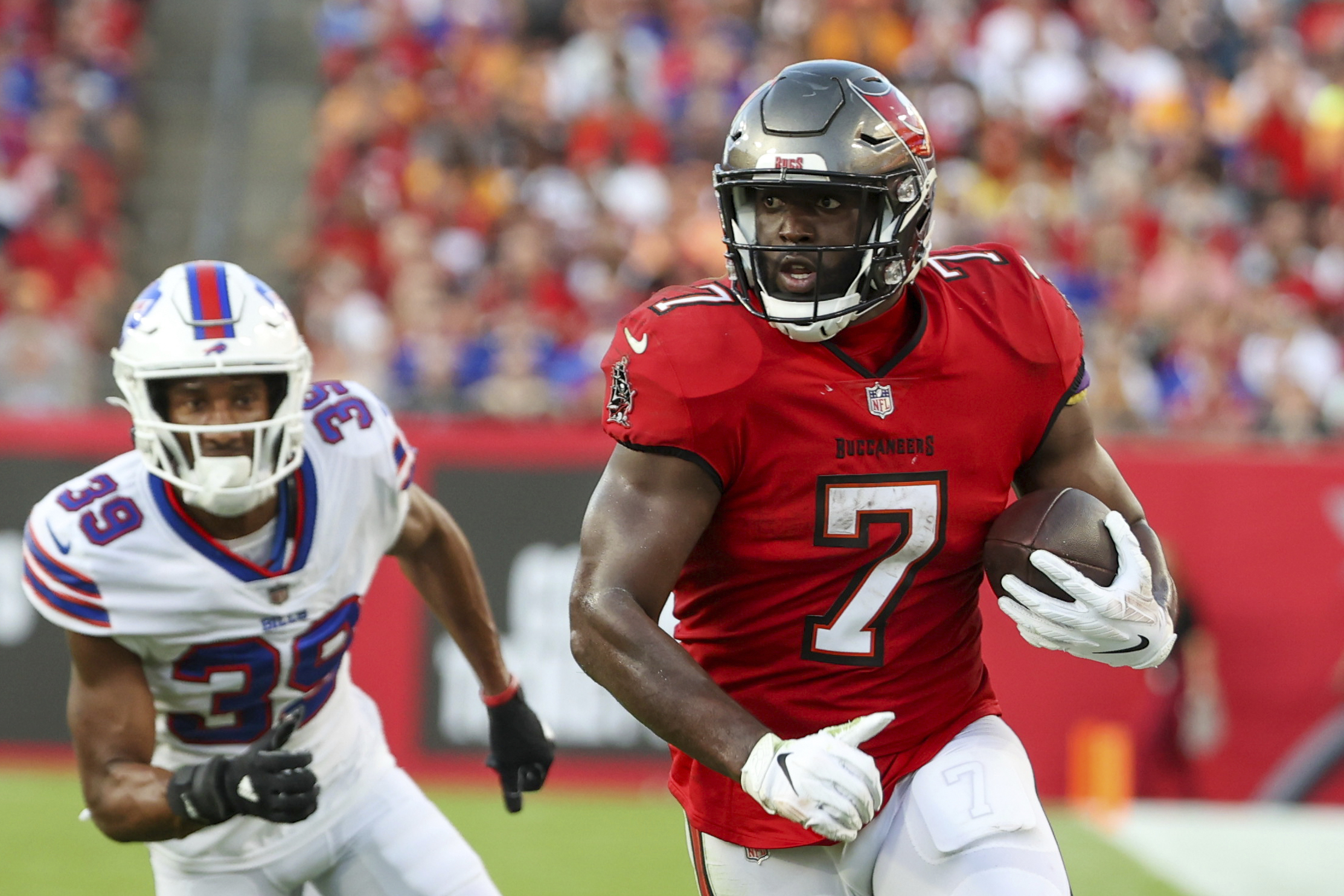 Fournette went from quality backup to playoff star to three-down workhorse over his first two seasons in Tampa Bay, and the Bucs’ offense will have a huge void if they’re not able to retain his services. He became the unquestioned lead back on the ground, as well as a reliable pass-catcher and blocker. Tampa Bay only has one running back under contract for the 2022 season right now, and though no team wants to overpay for a running back, Fournette has earned a raise. 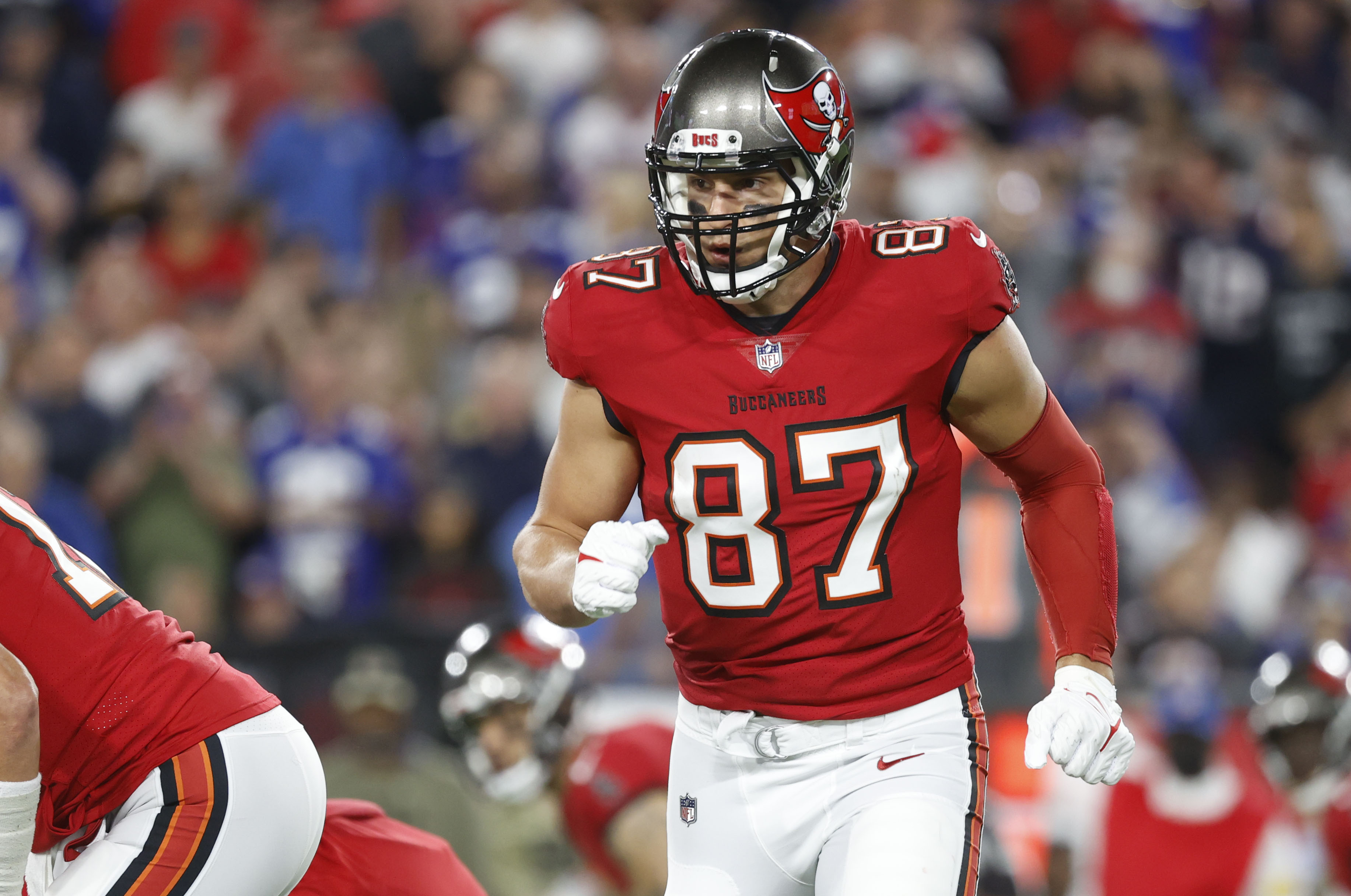 It feels highly unlikely that Gronk will return without Tom Brady, but if there’s a chance, the Bucs need to do make a strong push to keep him. Not only is Gronkowski still an elite pass-catcher for the position, he’s also an invaluable blocker, basically giving the Bucs an extra Pro Bowl lineman when he’s battling in the trenches. The biggest obstacle will be the price tag, but with the Bucs set to lose OJ Howard in free agency as well, keeping Gronk would be a huge help. 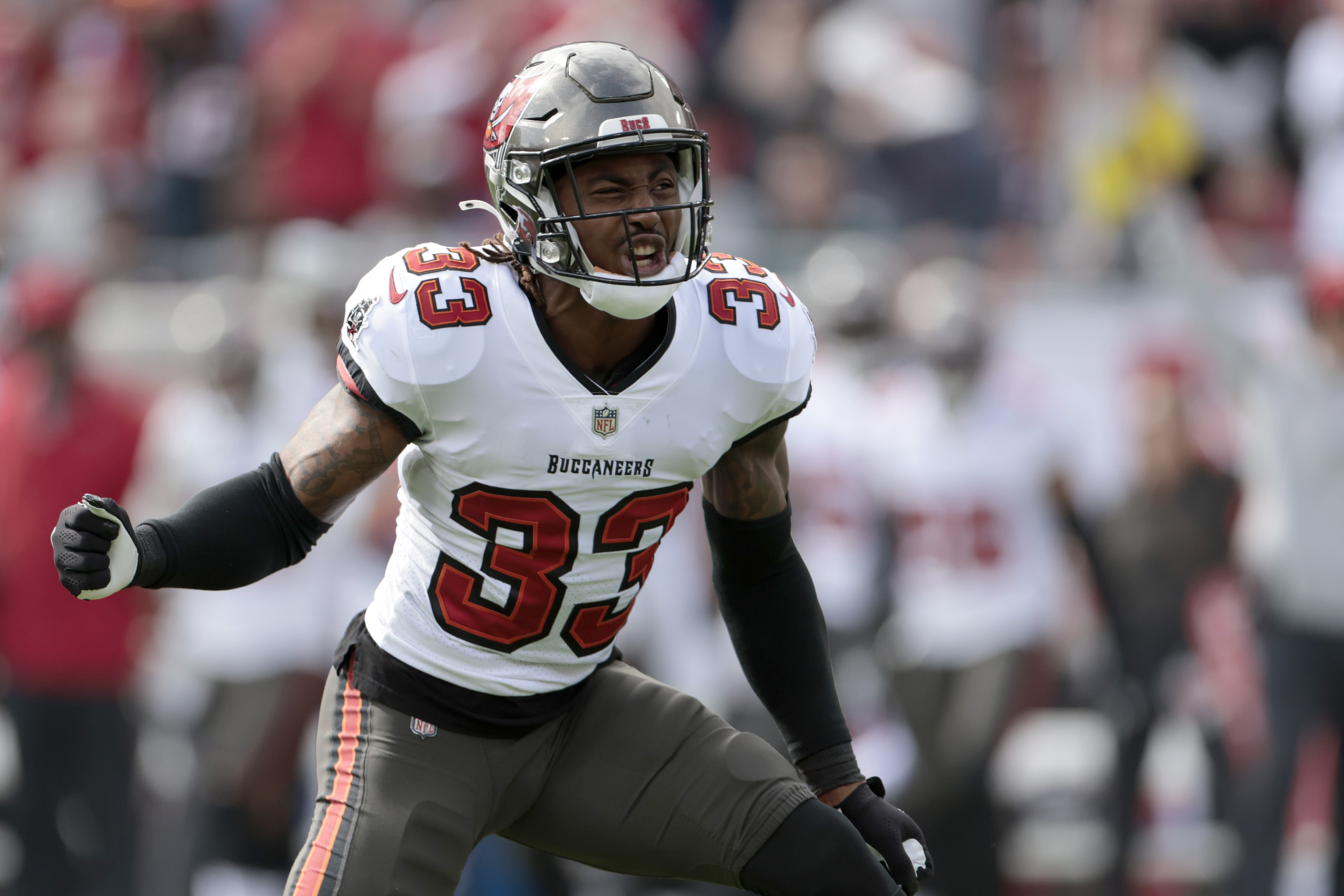 Thanks to the presence of Antoine Winfield Jr. and Mike Edwards, it may look on paper like the Bucs could afford to let Whitehead walk. That said, Whitehead played the best football of his career in 2021, proving he can be one of the best in the league when he’s healthy. He’s also still just 24 years old, giving him plenty of years of high-level performance ahead of him. Whitehead is an athletic, instinctive, hard-hitting playmaker whose presence would be sorely missed. 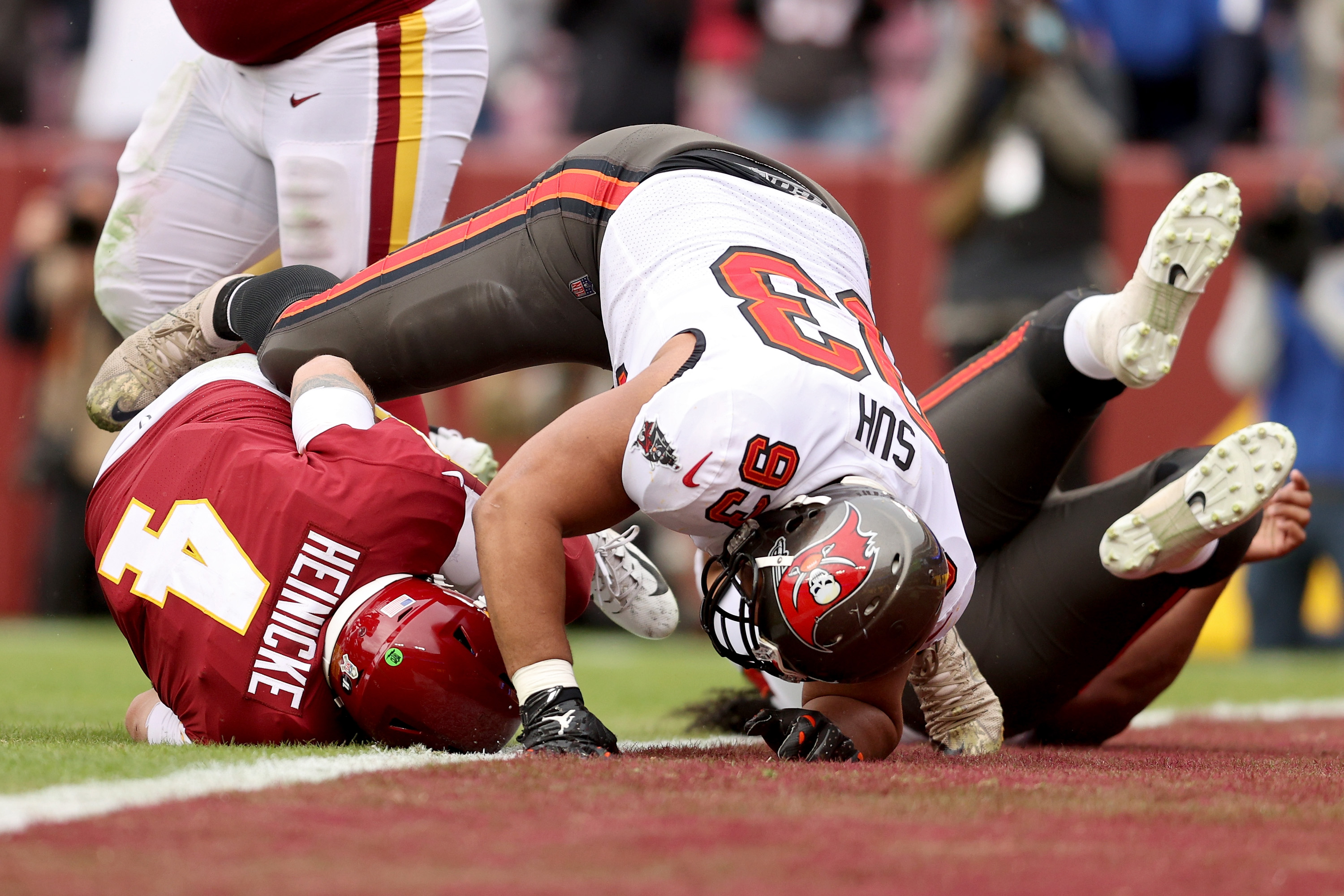 Yes, Suh is at the point in his career where retirement will be an annual possibility, and he’s not going to come cheap. That said, what he brings to this defensive front is hard to replace, both on the field and as a leader in the locker room. If the Bucs lose Suh, either to retirement or another team, they’ll be hard pressed to find a replacement who will make the same level of impact. 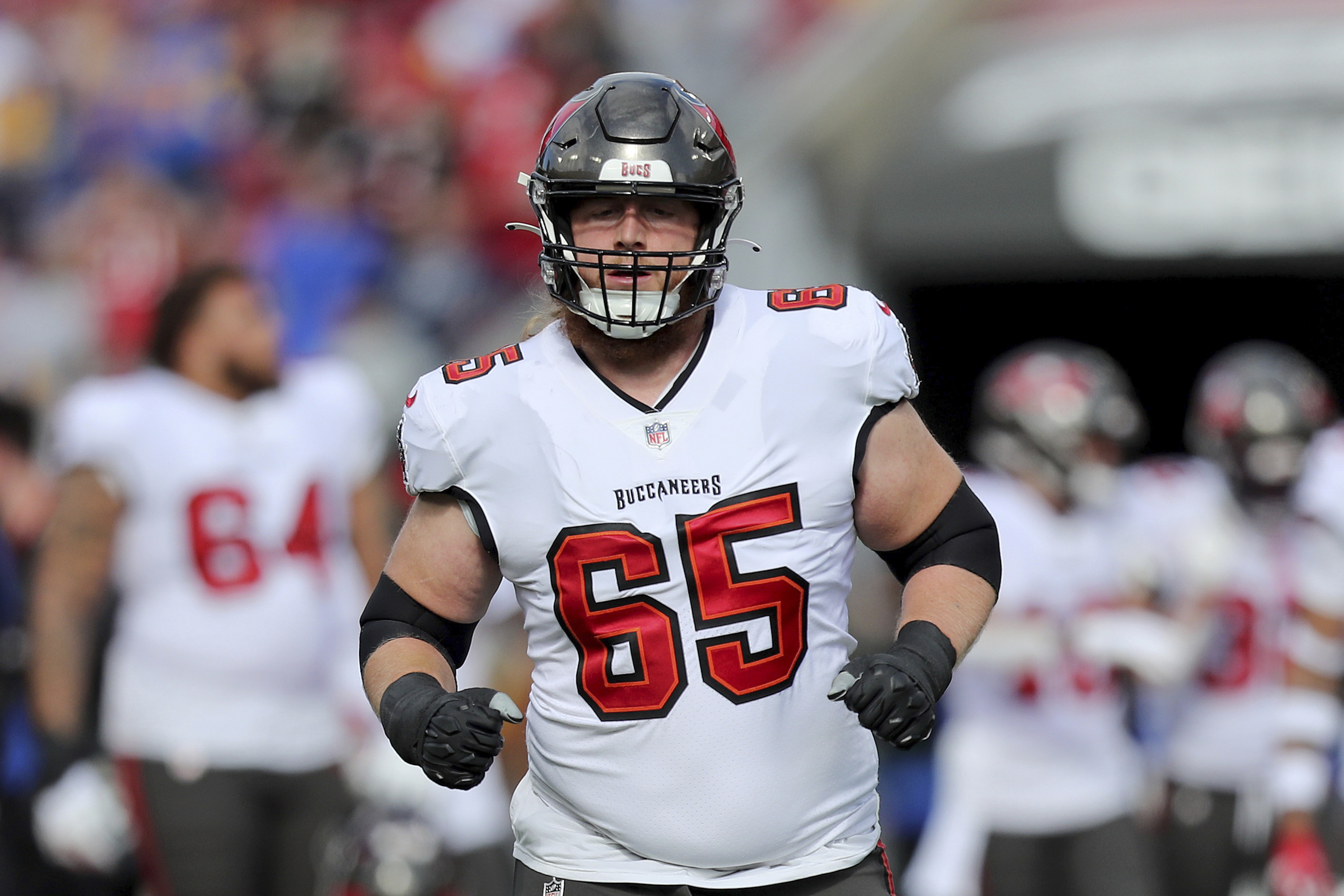 Though some might consider him the weak link of the offensive line, Cappa is more like the unsung hero. He may not have the name recognition of everyone else in the starting lineup, but Cappa has quietly been a reliable presence at right guard throughout his career in Tampa Bay, and has improved every year. He’ll likely find a bigger pay day elsewhere, but if he wants to stay in Tampa at a discounted rate, the Bucs should be happy to have him back. 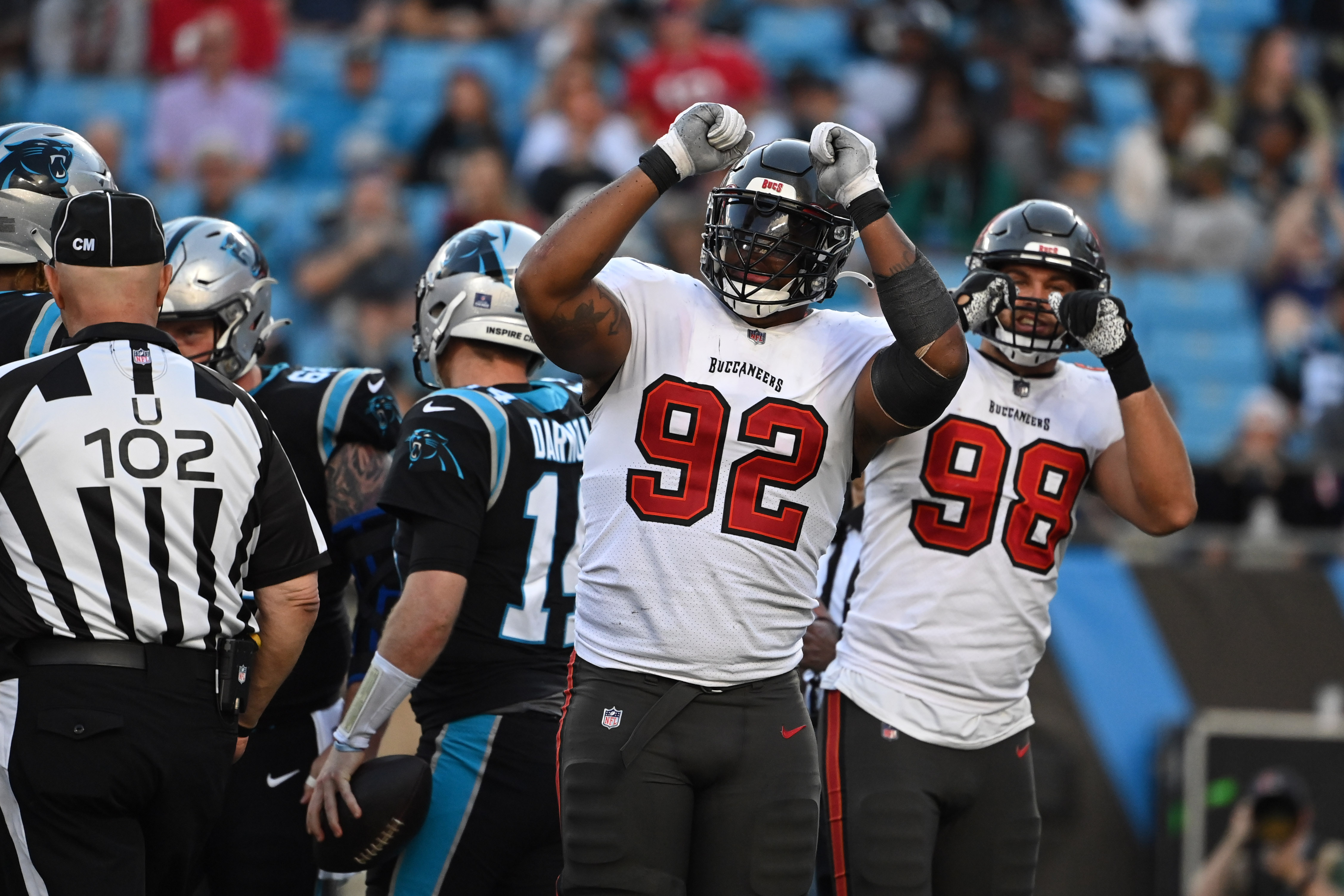 Speaking of unsung heroes, let’s talk about Gholston, one of the longest-tenured players on the roster. After switching schemes and coordinators multiple times early in his career, Gholston has flourished under Todd Bowles, and become a critical part of Tampa Bay’s success up front. He’s made it clear he would love to stay with the Bucs, and they would be wise to grant that request. 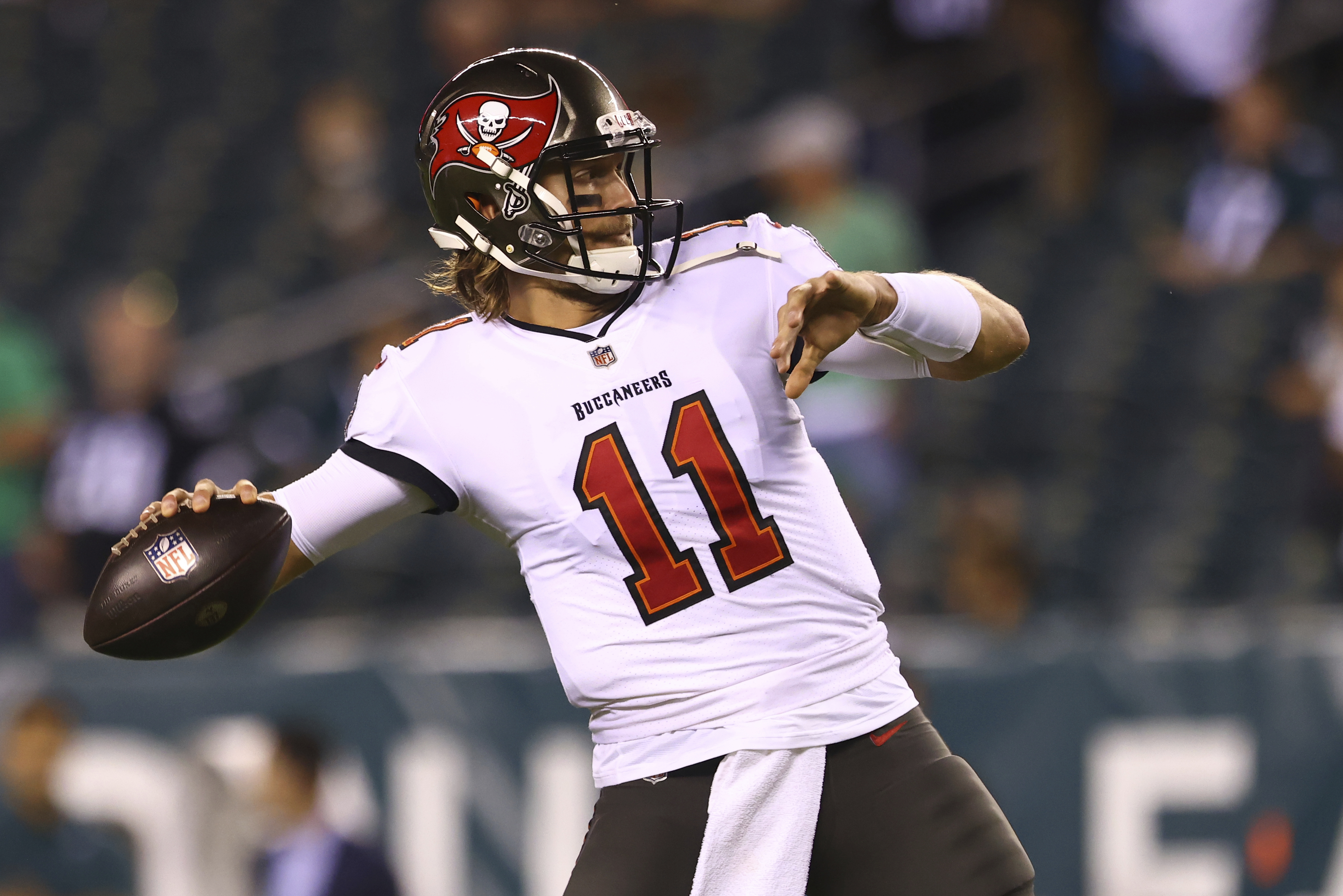 Gabbert will obviously move up this list if the Bucs can’t land another star quarterback, as he would then become the team’s last-resort option to start in 2022. He hasn’t had to do much during his tenure in Tampa Bay, but Nobody else would know the offense as well. Gabbert would be a cost-effective option who would allow the Bucs to keep more of the other guys on this list, and he would benefit from their return. 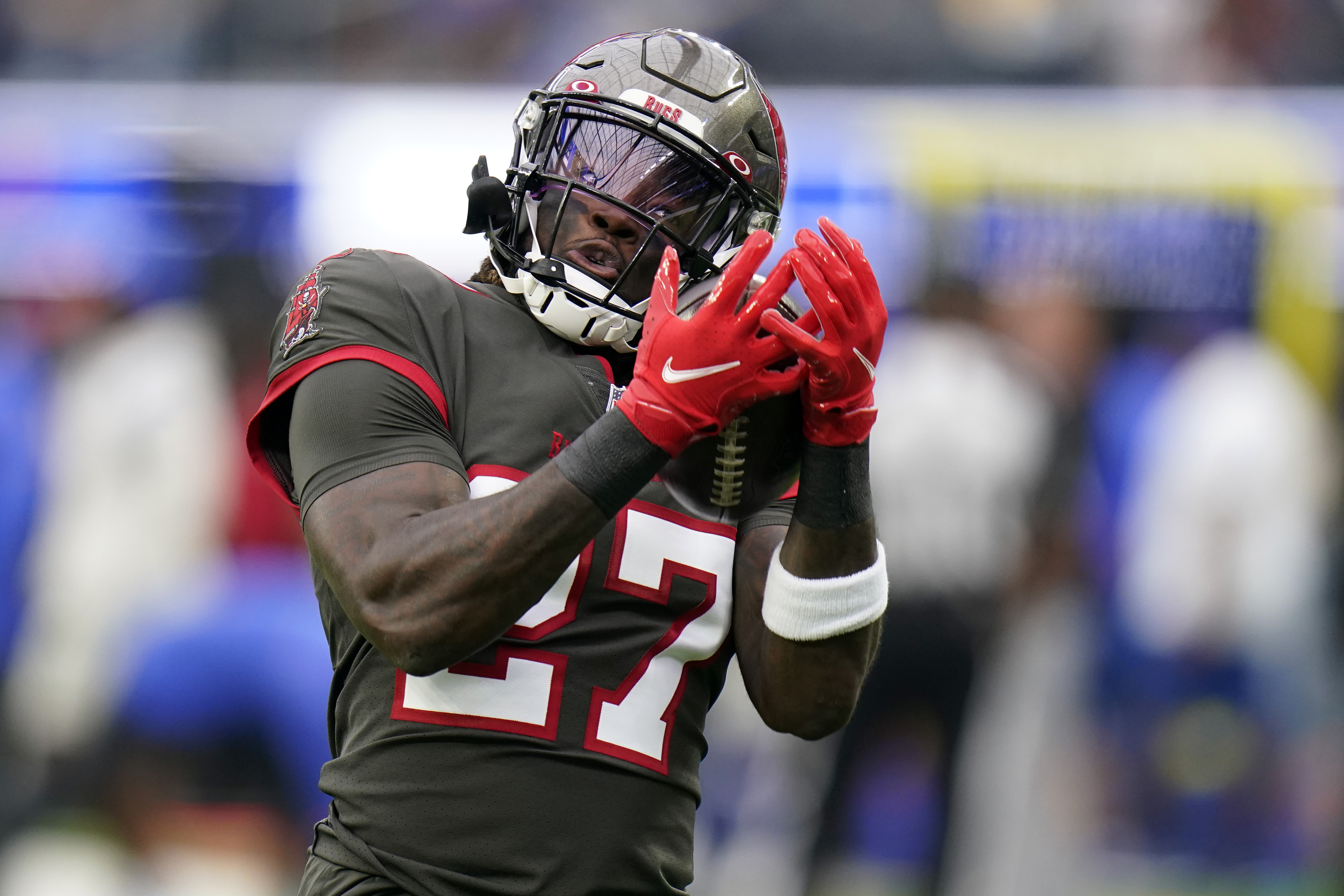