New legislation being heard Wednesday could guarantee agriculture gets the irrigation water it wants to siphon off Lake Okeechobee, even when the lake’s level begins to fall.

Gov. Ron DeSantis last week called the EAA reservoir “the crown jewel” of Everglades restoration, designed to curb up to a combined 63% of Lake O discharges to the St. Lucie and Caloosahatchee rivers.

Something to watch:SFWMD wants more say when Lake Okeechobee level drops, but environmentalists are worried

No enforcement:Florida must follow data, enforce rules to clean up Lake Okeechobee pollution | Our View

Critics claim the bill is the latest political effort to circumvent the Lake Okeechobee System Operating Manual (LOSOM) being written to determine when, where and how much lake water is discharged to the coastal estuaries for roughly the next decade.

They worry this new bill would, among other things:

“It’s a classic Tallahassee drive-by, introduced halfway through the (legislative) session,” said Eric Eikenberg, CEO of the Everglades Foundation. “There’s no need for this legislation. What they’re attempting to do is reverse all the progress that’s been made to reverse toxic water heading to the St. Lucie and the Caloosahatchee rivers.”

Where is this bill coming from?

The bill was filed less than a month after the South Florida Water Management District (SFWMD) asked the Army Corps of Engineers for more say when Lake O’s level decreases, specifically to within 1½ feet of the threshold where the agency can mandate cutbacks on farm irrigation and municipal drinking water.

“It just took the wind out of my sails,” she told TCPalm Tuesday. “It’s not done yet, but I think the important thing here is the state Legislature can hold the district hostage.”

She worried if the bill is approved, lawmakers could withhold funding for the EAA reservoir and the Comprehensive Everglades Restoration Plan, a suite of projects designed to restore the “River of Grass.”

“That’s disturbing to me that they would even try,” she said.

The bill “is consistent with the Senate’s prior conversations” with the SFWMD and the Army Corps of Engineers, Betta said in an email, citing a Nov. 17 letter Simpson sent to Florida commander Col. James Booth.

Simpson’s letter advocate decisions that LOSOM protect water supply and contain “express language” for the Army Corps to rely on the SFWMD to make Lake O management when the lake’s level begins to fall.

In late 2020, Simpson called the EAA reservoir a mistake he shouldn’t have voted for in 2017, a statement that sparked swift backlash from Treasure Coast lawmakers and clean-water advocates.

The bill, according to its text, would ensure the SFWMD’s recommendations to the Army Corps over changes to LOSOM “do not diminish the quantity of water available to existing legal users” and “do not otherwise adversely impact existing legal users.”

The bill would require the SFWMD to certify — to the Florida Senate president and Florida House speaker — that any recommendation they make to the Army Corps effectively wouldn’t negatively impact water supply.

The Army Corps doesn’t foresee the proposal conflicting with its flood-prevention responsibility or limiting its decision-making abilities, spokesperson Jim Yocum said, but added it wouldn’t be appropriate for the agency to comment on the bill.

“Congress tasked (the Army Corps) with the authority and responsibility to manage water in Lake Okeechobee for specific project purposes, and we cannot cede that authority or responsibility,” Yocum told TCPalm in a statement.

Environmental groups, including the Calusa Waterkeeper, Captains for Clean Water and Stuart-based VoteWater, share concerns over the bill. 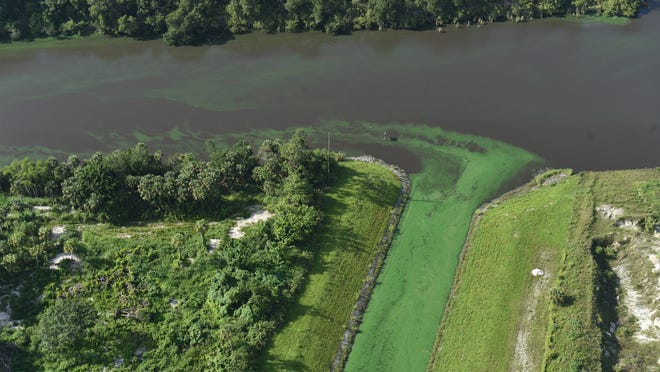 Captains for Clean Water is worried the bill would result in more Lake O discharges, according to a brief provided by the organization. Its members — captains, business owners and other concerned citizens — are traveling to Tallahassee to oppose the fishing bill when the Senate Apppriations Committee hears it Wednesday morning.

“Simply put, this prioritizes water supply over the health of the northern estuaries and everyone and everything that depends on them,” said Gil Smart, executive director of the grassroots clean-water nonprofit VoteWater. “This is an attempt to do an end run around the three-year LOSOM process and game outcome at the very last moment.”

Max Chesnes is a TCPalm environment reporter focusing on issues facing the Indian River Lagoon, St. Louis. Lucie River and Lake Okeechobee. You can keep up with Max on Twitter @MaxChesnesemail him at max.chesnes@tcpalm.com and give him a call at 772-978-2224.