Cucumber grower Hans Kik left school in 1983 but did not sign up for horticultural training. Since then, he has more than made up for that ‘disadvantage’ in practice. At the family business in Sirjansland, the grower discovered that he enjoys coming up with creative solutions to growing problems. He will now share his experience with growers as an advisor. So don’t be surprised if you call Hans Kik Hogedradadvies and you see him riding his motorbike. “I am the flying spokesman,” he chuckles.

Tomatoes
Hans has experienced many things in his long life as a grower. The current developments in the market, in which growers are switching from tomatoes to cucumbers, are therefore familiar to him, albeit the other way around. “At the end of the nineties, we started growing autumn tomatoes. We planted in September and continued until mid-January. We did that for about ten years. When tomato lit-cultivations really started to take off, there was not really space for it is in the market anymore.”

High wire
Hans and his brothers have always grown cucumbers. First only in a greenhouse from 1978 with the then ‘progressive’ plant height of 3 meters. “The greenhouses back then were often a bit lower.” From 2000 onwards, on a good 5 hectares in total, after the construction of a new, higher greenhouse. In that greenhouse, the growers started growing on a high wire in 2008. Until then, the cucumber growers had been grown traditionally. “The availability of a new all-around variety suddenly made high wire cultivation possible.”

Low greenhouse
The high-wire cucumbers were marketed through Green Diamonds. The growers’ association was founded in 2010 by the Kik brothers together with fellow growers. To be able to offer high-wire cucumbers from the ‘old’, lower greenhouse as well, Hans decided to take the gamble and stretch the high-wire in that greenhouse too. “We did a trial in 2013. Everyone said: ‘That’s not really possible, high-wire cultivation in such a low greenhouse’. Yet we did it successfully for years.”

High-wire cultivation in the low greenhouse

Just in or just out
At the same time, some trial and error had to happen, Hans has to admit. “Of course, we had to make adjustments, such as a wider planting distance and planting a little later. Instead of planting in early February, we planted in mid-February. That way, it just barely fit. However, by using crop clamps Instead of the traditional high wire hook, it was possible. And we were able to supply high-quality cucumbers from our total acreage, as we had in mind within Green Diamonds.” 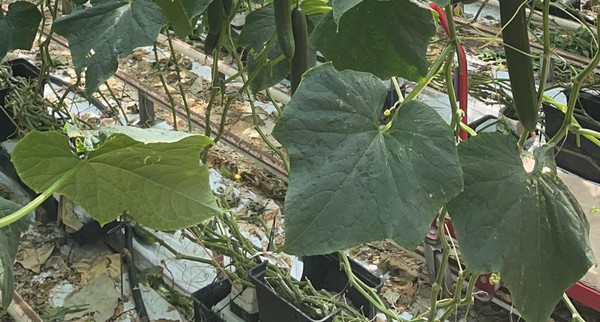 Re-rooting
Introducing high-wire cultivation in a low, older greenhouse was not Hans’ only creative trick. “At one point, I noticed stems lying above the blocks. It turned out that they would spontaneously re-root in perlite, especially if you put a layer of perlite over them. I had already seen this in an old test at the Horst test station in 1993. When we discovered it again together with the other growers of Green Diamonds, we breathed new life into that trial and did it successfully for years, without giving it much publicity. Because I had started it, I gave advice to fellow growers within the group. It was fellow grower Floris van der Linden first asked me to give advice, specifically about the re-rooting.” 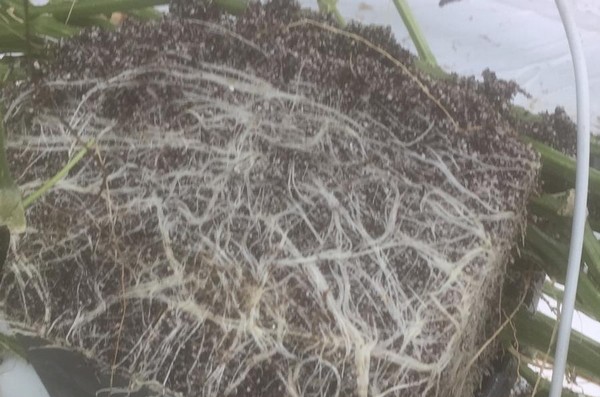 Grown into his role
Gradually, Hans grew into his advisory role. “The interest of other growers in high wire cultivation cucumber increased with the introduction of the new variety. As a result, we also had growers in our group who switched from traditional cucumber cultivation. In recent years, this has accelerated due to the virus problems in tomatoes, and tomato growers who are now growing cucumbers on the high wire are also joining the group. So my advisory role has become a hobby that has got out of hand, actually. I like doing it.”

By registering with the Chamber of Commerce, this ‘hobby’ was already formalized in 2020. “That way, my advice came in the package for growers who joined Green Diamonds.” Hans did have to come up with a company name for it. It did not take him long. The name Hans Kik Hogedradadvies is clear and short, but powerful. He has no immediate international ambitions beyond the Netherlands and Belgium. “And otherwise Hans Kik High Wire Consultancy or something similar is also an excellent name in my opinion.” 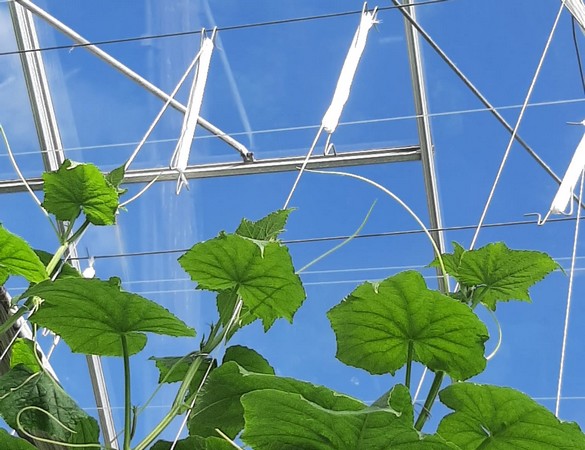 Cucumber on high wire. In the low greenhouse in Sirjansland, Hans succeeded in growing on the high wire, without hooks, but with crop clamps instead

Switching
In his ‘new’ role, the ‘hands-on practitioner’ takes to the road on his motorbike every day to visit growers. Hans meets growers who are switching from traditional cucumber cultivation to high wire cultivation as well as growers who are switching from tomato to cucumber on the high wire. There are advantages and disadvantages in both cases. “Cucumber growers who switch usually have the advantage of having good sorting logistics. You need a big barn. Not all tomato growers have that space. That is why, to make room for the switch, the central sorting has also been increased within Green Diamonds That way, growers can (temporarily) switch from tomato to cucumber.”

Conversely, Hans sees that it is then easier for tomato growers to deal with the labor factor. It’s common knowledge that high-wire cultivation of cucumbers requires more labor. “With their often larger farms, tomato growers are generally well equipped for this. Moreover, they already have high-wire trolleys. You need at least three of them per hectare. Traditional cucumber growers don’t have those trolleys.”

And then, of course, there is the cultivation aspect. “Putting it bluntly, I always say: in cucumber, you ‘just’ do an extra round every week compared to tomato. But it’s not as simple as that, of course. I visit growers to help them with the basics of switching. finer points come later and the grower often forms them himself along the way. And if not, I am happy to help. After all, I have a pinchant for finding answers to impossibilities.”