ASIA/VIETNAM – Bishop’s Coadjutor of Bac Ninh: pastoral care under the sign of mission

Bac Ninh (Agenzia Fides) – “Two aspects that will characterize my pastoral project are contained in my episcopal coat of arms: they are the image of the flame and the rice flower, present and implicit. The flame represents the enthusiasm and zeal of faith In pastoral work, while the rice flowers indicate that the Good News is being proclaimed in the vast mission area of ​​the diocese, where about 98% of the inhabitants are non-Catholic”, said Msgr. Joseph Do Quang Khang, recently appointed coadjutor bishop of the diocese of Bac Ninh, illustrating his pastoral and missionary service. “Pastoral care means serving the people of God”, said the Bishop. “The large diocese of Bac Ninh covers both the mountainous areas and the urban plains in 11 provinces, cities and districts in northern Vietnam. Most of the parishioners are farmers with a low level of education. I will be very happy to work together with Bishop Hoang Van Dat, at the head of the diocese, and I will follow in his footsteps.”
“The episcopal ministry that God has entrusted to us is closely linked to the region in which the Bishop is assigned”, he adds “and therefore, of course, to the culture of that region: the cultural factor is so important that the Bishop needs To understand it in depth, just as the mystery of Jesus’ incarnation is a journey of adaptation to human culture and nature, and just as St Paul in following Jesus’ footsteps by assimilating Greek culture in order to proclaiming the Gospel, this is the same for us today: we are called to sow the Word of God in the culture of the place, so that it may grow vigorously in this land.” The Bishop points out that “culture is an important factor that every baptized person, whether bishop, priest, religious or lay person, must keep in mind in order to fulfill the mission that God has entrusted to him. This is always done for the glory of God. Two ways are fundamental to glorifying the name of God on earth: fidelity in faith and fidelity in mission.”
The bishop recalled the words with which Archbishop Joseph Do Quang Khang of Saigon addressed him on the occasion of the episcopal ordination, urging him “to be faithful to Jesus Christ and obedient to the Successor of St. Peter; to walk together on the path of the people of God, as a humble Shepherd among the people; loving the poor, caring for the weak, seeking the lost sheep and leading them to God.”
Bac Ninh is an ancient diocese in Vietnam, founded around 400 years ago. In the last century, nearly two-thirds of the faithful, as well as clergy and religious, migrated south when the country was divided into North and South Vietnam in 1954. As a result, only 14 priests remained in the area. However, thanks to the prayer and deep faith of the people, the diocese has recovered over the years. And despite the extreme difficulties caused by the war, it is now the fourth largest diocese in Vietnam: with six male and five female orders and 95 diocesan priests responsible for around 140,000 Catholics. (AD-PA) (Agenzia Fides, 8/2/2022) 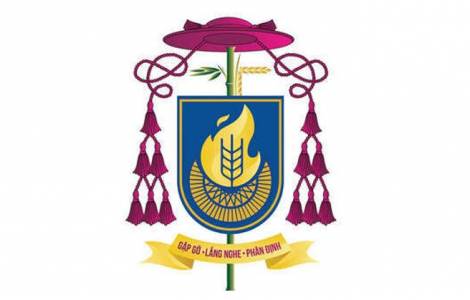