You can bet the Maravilla Scottsdale senior living community is abuzz with Aaron Rodgers talk today.

It’s not every day a couple of residents of the retirement and assisted living facility in Scottsdale, Arizona, strolling over to the golf course next door and find themselves shooting the breeze with the Green Bay Packers quarterback on the fourth green.

It’s like the ultimate bingo, especially when the two women are big Packers fans from Wisconsin.

Marlowe Sorensen, 84, and Sandy Bing, 79, had their Packers T-shirts on when they staked out a spot Wednesday at the TPC Scottsdale golf course in hopes of seeing Rodgers, who was golfing in the 2022 Annexus Pro-Am in advance of the Waste Management Phoenix Open. He spotted them and sat down for a quick visit, as reported by Rob Hernandez of Wisconsin.Golf, who caught up with Sorensen and Bing after.

AARON RODGERS LANDING SPOTS:What could be QB’s next NFL team if he splits with Packers?

TRADE AARON RODGERS?:Why Packers should see what they can get in a deal

“He said to someone ‘I don’t need to putt; I gotta see my ladies,'” Bing told Hernandez. “He asked our names, he shook our hands.”

“He wanted to know where we were from,” Sorensen said in the same interview. “I was this close to him. I could have scrubbed his little beard.”

Hernandez shared the photo of the three of them on Twitter. Someone else in attendance at the tourney commented on the tweet that Rodgers spent about 3 minutes chatting up the ladies and that he could hear talk of Bart Starr and the old Milwaukee County Stadium. 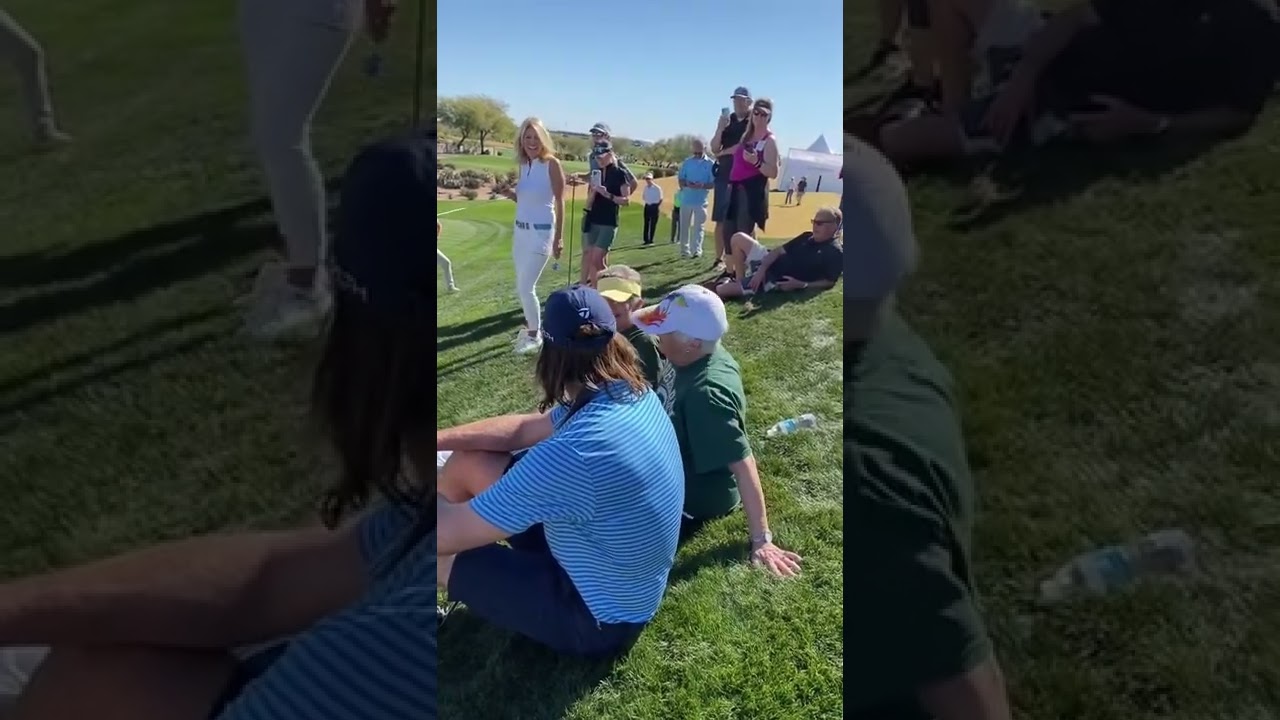 A YouTube video shows Sorensen and Bing telling Rodgers they live in “the home” nearby and joking that staff will send out a search party for them if they’re not back by happy hour. Rodgers makes mention of sneaking “a couple of Manhattans” in, and Sorensen looks at her watch

It’s the kind of snappy banter episodes of “The Golden Girls” are made of.

When it was time for Rodgers to get back to golfing, Sorensen sent him off with a hearty pat on the back.

“A true sportsman and gentleman, Green Bay Packer quarterback, Aaron Rodgers couldn’t resist the charm of our Maravilla Ladies. Mr. Rodgers took a break from golfing at the Waste Management Open to relax with Marlowe and Sandy. After a few photos and some great conversation, he was back on the course and Sandy and Marlowe had an epic story for all the Packers fans at Maravilla!”