A leading Australian tomato producer says that recent climatic conditions have become more favorable for growing, as the weather settles down towards the final weeks of summer.

Kapiris Bros has been producing in Two Wells, South Australia and Gillieston, Victoria during the summer months, and Managing Director, Harry Kapiris says temperatures have become more manageable in the past few weeks, which have assisted the plants in baring larger harvest volumes – with quality proving to hold well, sizing of the tomatoes has also become consistent.

“As temperatures rise and we move into the warmer months of summer, we have completed a successful season in Bowen, Queensland, and have since shifted our focus to the southern regions,” he said. “During this transitional period, we saw a slight shortage in harvest volumes across the country with demand remaining high which lead to an increase in market value. As we enter our fourth month of harvesting in South Australia, we have observed challenging weather patterns primarily due to to a larger number of days where we have received cooler daily temperatures as well as considerable rainfall. We have managed these challenges well, namely in late November, when one week before our first harvest the Two Wells growing region received storms with hailstones the size of golf balls. Thankfully there was no damage to our growing infrastructure and minimal effects to the plants and tomatoes.”

The key variety that we focus on and have been focusing on since 1958 is the versatile Gourmet Tomato, and harvest volumes out of Two Wells, South Australia throughout the summer have gradually increased and the company forecasts for this trend to continue.

“The growing infrastructure and technology that we continue to invest in and develop in the form of greenhouses, cooling systems, integrated pest management programs, and nutritional irrigation systems to our increased plants have allowed us to achieve harvest volumes and quality throughout the season so far ,” he said. “A portion of our success as well can be attributed to our crop and weather monitoring. This season has seen some significant fluctuations in weather conditions which have required us to perform meticulous adjustments to our fertigation regime as well as our foliar application.” 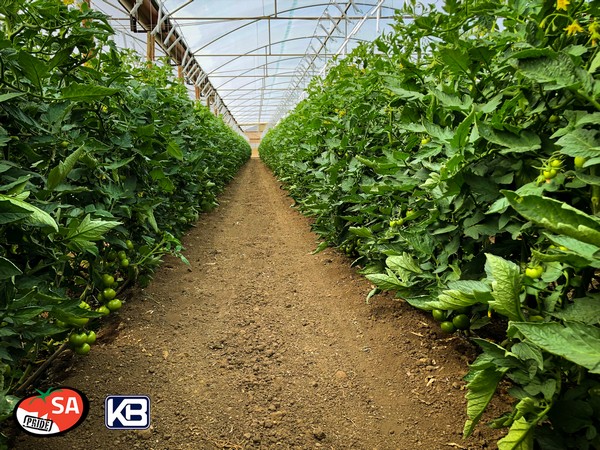 Driving the demand for the variety, according to Mr Kapiris is that Gourmet Tomatoes have the unique quality of being one of the most versatile varieties not only within the tomato category but also within the vegetable sector.

“The reason for this is that Gourmet Tomatoes can be applied in a huge range of dishes from sandwiches, salads, soups, right through to virtually all meal recipes,” Mr Kapiris said. “We believe that the star of the summer season is the Gourmet Tomato although botanically speaking; they are berries, which is where their sweet juiciness comes from. Within the culinary world, however, they are a vegetable and hold that distinct savory balance that lends itself well to almost any recipe. The great thing about them is that they can be used not only in conventional summer dishes like salads, but also creative ones like a refreshing gazpacho, a Spanish soup that is actually consumed cold and is often enjoyed during summer The versatility of the Gourmet Tomato provides a unique culinary experience like no other. have been grown to encapsulate a full flavor profile not found in any other tomato variety and can be used in a huge range of meal applications.” 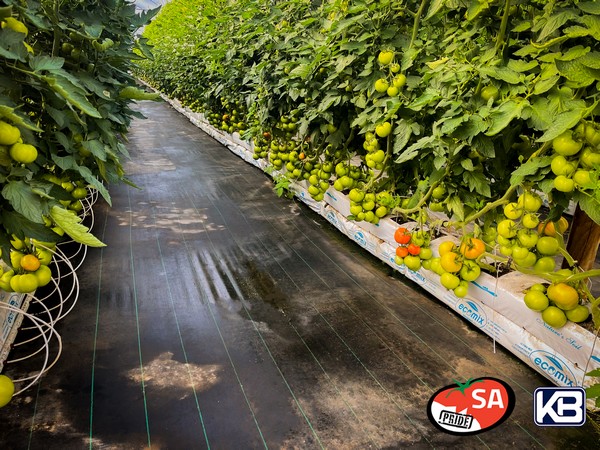 Kapiris Bros’ capsicum season in Devonport, Tasmania has also been progressing well, with the quality of the capsicums that are coming out of the farm remain exceptional, even with a few recent challenges over the last few weeks.

“There has been a considerable amount of pest activity on had farms and we have also exceptionally high wind activity,” Mr Kapiris said. “We have continued to manage these challenges and have worked with beneficial insects as part of our IPM program to ensure that the plants and capsicums are not affected. We recently completed planting our seedlings into the poly houses and we forecast to these in late March .”