DJ Romy Jons, brother of Diamond Platnumz, has shared a video, indicating that it was captured at the singer and Zuchu’s wedding.

Diamond and the signer on WCB Wasafi have been dating since December 2021, and it seems that they have decided to formalize their relationship. 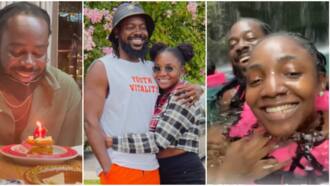 Romy shared a video of the lovebirds dressed in Islamic attire during weddings, making their way to a large tent filled with people; The women sat on one side and the men on the other.

Zushu and Diamond looked happy and danced to the tunes of Taarab in front of the guests.

It is not clear if this was Diamond and Zuchu’s wedding or if they were attending a friend’s wedding.

“(What is currently happening in Madal. My younger brother Nesbu you can now settle down. Get a baby and name it after me),”

Romy commented on the video, watch it below:

A number of Diamond fans suggested that he married Zuchu and showered the new couple with beautiful messages of congratulations. Despite her tight official visit schedule, the Tanzanian fashion icon took the time to hang out with her baby friend Tanasha Donna, just as she had previously promised to make it happen.

The two ex-girlfriends of Diamond Platnumz surprised their fans with their unexpected friendly relationship as they enjoyed each other’s company.