AFP – Vegan bacon sizzles over a frying pan in the office of a French start-up whose pursuit of the “Holy Grail” of the growing vegan meat industry has won Hollywood star Natalie Portman’s financial backing.

If not the first to bring vegan bacon to market, the founders of La Vie are counting on their success to perfect their bacon fat, setting it apart from other brands.

“We are the only ones in the world today to have developed vegetable fats that cook, fry, marinade, and brown” like animal fats, excited the company’s CEO and co-founder, Nicholas Schweizer.

After several minutes on the skillet, La Vie’s smoked imitation bacon was golden brown, crunchy, and similar in taste to real McCoy.

Next up lard. The pieces of meat and fat also brown well, but are a bit salty.

“We also have a reduced-salt version,” said Vincent Pulichet, 32, the company’s scientific expert and co-founder.

Lardons has a C rating on the French “Nutri-Score” nutritional health rating scale – an average score for an A to E rating.

“Worse than broccoli, but better than pork,” the company notes sarcastically on its website.

Startups and food manufacturers alike are rolling out a variety of products that aim to replace beef, chicken, and pork with plant-based ingredients.

But making fake bacon taste like the real thing is another challenge.

An increasing number of consumers are seeking to reduce or exclude meat from their diets due to concerns including animal rights and the industry’s impact on the environment.

According to a 2021 report from market research firm Euromonitor International, more than one in four consumers globally say they are trying to limit meat intake, along with 10 percent of people who are vegetarian or vegan.

London-based market research firm Fairfield expects the plant-based meat market to grow by about 19 percent annually between 2021 and 2026, to reach $13 billion.

The founders of La Vie, who created their company in 2019, believe that winning over consumers in terms of taste is the real key to success.

“After three years of research and 5,000 trials, we have succeeded in the rather crazy challenge of reproducing the taste of pork,” said Schweizer, 34.

The meat portion contains soy protein, salt, natural colorings derived from the skins of radish and tomatoes, and natural flavors. 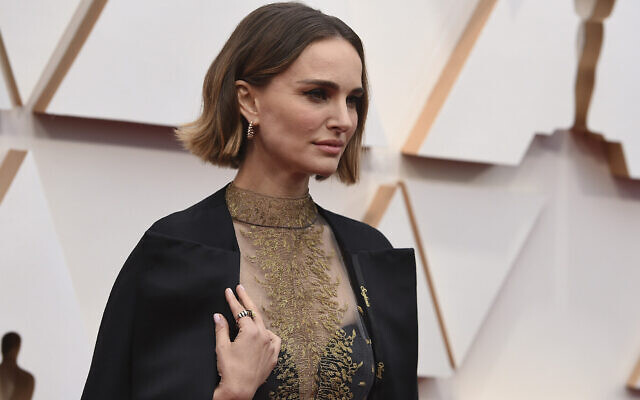 Natalie Portman at the Academy Awards on February 9, 2020, at the Dolby Theater in Los Angeles. (Jordan Strauss/Invision/Associated Press)

After testing La Vie products at home in the United States, Portman joined forces with the company’s financial backers.

“By giving people a taste of our products, we were able to raise this extraordinary round of funding,” Schweizer said. “Immediately, the investors said, ‘Oh, yeah! “

Venture capitalists such as Oyster Bay, Seventure and Parttech joined the funding round, as did the owners of several successful European startups such as Oatly, Vinted, Back Market and BlaBlaCar.

In addition to taste, La Vie believes bacon is healthier for people, the planet, and of course pigs.

The company says its products contain less than a tenth of the saturated fat found in real bacon, and that its production has lower carbon emissions and uses less water.

La Vie imitation lemonade is already being sold in Carrefour stores, and it is intended to have it on the shelves of all major supermarkets in France in 2022.

You also see that vegetarian and vegan restaurants are the key to attracting more potential customers to taste their products.

La Vie aims to hit British shelves by April and then quickly enter the main US market as well.

La Vie, which has partnered with the deli and deli maker, plans to quickly double its headcount to 60.

During a global pandemic, a very small country is producing research that helps guide health policy around the world. How effective are COVID-19 vaccines? After the first two shots, does the third dose help? How about the fourth?

When The Times of Israel started covering COVID-19, we had no idea our little cadence would become such an essential part of the global story. Who knew Israel would be first at nearly every turn of the vaccination story — and generating much-needed research today?

Our team covered this story with the rigor and accuracy that characterizes Times of Israel reporting across topics. If it is important to you for the existence and prosperity of this type of media organization, I urge you to support our work. Will you join the Times of Israel community today?

you are serious we appreciate that!

We are really glad you read X Times of Israel articles in the last month.

That’s why we come to work every day – to provide discerning readers like you with must-read coverage of Israel and the Jewish world.

So far we have a request. Unlike other news outlets, we have not put in place a paywall. But because the journalism we do is costly, we invite readers whom The Times of Israel has become important to help support our work by joining The Times of Israel community.

For as little as $6 a month, you can help support our quality journalism while enjoying The Times of Israel Free ads, as well as access to exclusive content available only to members of the Times of Israel community.